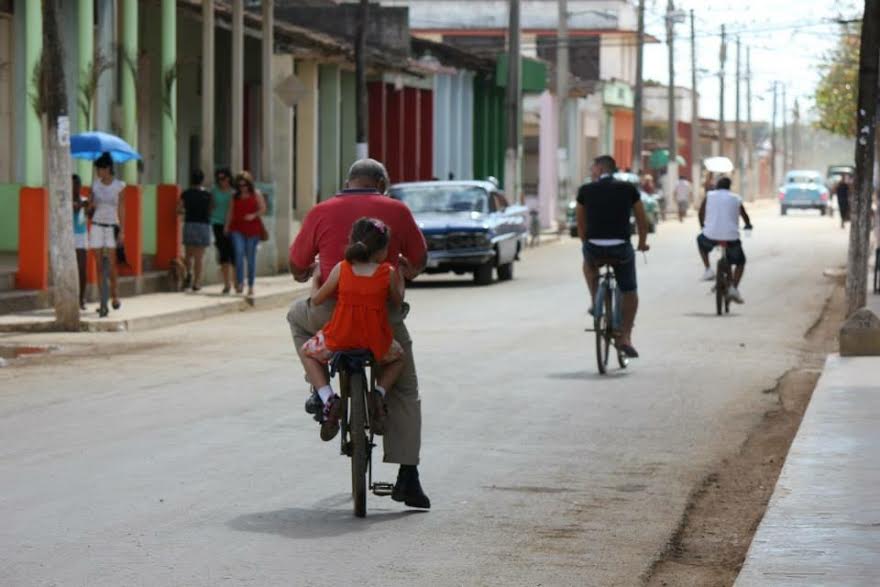 Almost a year after resuming political relations with Cuba, President Obama is dangling a visit to the island nation over Raul Castro’s head in an attempt to inspire some changes. While the resumption of the relationship between the U.S. and Cuba has allowed for commercial exchange, the needed change in Cuba’s human rights policies has yet to start.

The two countries restored diplomatic relations on July 20, 2015, reopening their embassies in each other’s nations. This came after more than 50 years of abandoned diplomacy, when the ties were severed in 1961 as the Cold War continued to escalate. This year will prove to be an important for both the countries and the people of Cuba, as the two nations must proceed from ceremony to actual, much needed progress.

As it stands, the commercial world of the U.S. has already leapt at the opportunities to establish commerce with Cuba – from airlines and cruise ships talking with Cuba in an attempt to have air and sea travel between the two countries up and running again for the first time in five decades. With businesses making progress with the country, Cuban diplomats are focusing on getting the United States to fully drop the trade embargo, which continues to hassle the commercial dealings between former adversaries.

While Cuba would like for the U.S. to lift the embargo to allow for freer trade, the U.S. would like for Cuba to begin to make progress on their human rights record. Deputy national security adviser Ben Rhodes revealed that the decision as to whether Obama would make the trip would be made within the next few months, but that the president expects to see some progress on his own priorities for the nation first, including Cuba’s human rights record and increased access to information and the Internet for the Cuban people.

“If I go on a visit, then part of the deal is that I get to talk to everybody,” Obama said in an interview with Yahoo News in December. “Now would be a good time to shine a light on progress that’s been made, but also maybe [go] there to nudge the Cuban government in a new direction.”

Despite the small improvements made so far, many would argue that the resumption of relations between the countries is just another way for Cuba to make money, and that no real progress has been or will be made as long as the dictatorship continues to reign over the island nation’s people. Maria Picar, who was born and raised in Las Villas, Cuba, and emigrated in the early 1970s because of Castro’s dictatorship, sees that there is little being done and that there is little that can be done for the people of Cuba, even with the relationship resuming.

“Communism is still at large for Cuba,” Picar said. “There is no liberty or human rights […] women are getting beaten, children are starving, people are still going to prison just for raising their voice, and they are getting abused and beaten for protesting the dictatorship that is still going strong […] there is nothing that can be done as of now.”

Picar continued to tell about how she was impacted by the dictatorship when she lived in Cuba, and how military guards would come to her farm, take an inventory of everything that her family owned, and take whatever they deemed was excessive for the family, including soap, food and even their farm animals. The impact of the resumed relationship between the two countries would not even be felt for the Cuban people, Picar believes, because of the greed of the government and their ability to take anything that the Cuban people make off of their new access to American commerce.

While Picar believes that Cuba might only be doing this for the money it would provide the government, there are also some who are skeptical about the United States’ motivations behind resuming the relationship.

“I think that the U.S. will obviously benefit greatly from [the resumed relations] because they will exploit it,” said Cristyne Ramirez, a second-year student at Valencia College and Picar’s granddaughter. “Tourists are going to come, wealthy people will visit and they are going to spend their money and not give a flying fart about the people who live there. They’re going to romanticize an island that is full of despair, and everyone will want to visit for the goods but no one will want to help the people.”

Ramirez said that there are already plans for American businessmen to take advantage of the opportunity of being able to establish commerce in Cuba, including Chanel’s staging of a 2016 fashion show in Havana, which she sees as a futile act of flaunting American wealth to the largely poor Cuban people.

“Boasting their wealth in front of the Cuban people is insulting,” Ramirez said. “When I know plenty of family members in Cuba that my aunt goes and gets medicine and toilet paper for just so they can survive the year. I just see it as something that Americans can enjoy without feeling any guilt about spending time and taking up a culture of people that are in pain.”

Many critics of the resumed relationship feel similar to Picar and Ramirez. South Florida Republican Representative Ileana Ros-Lehtinen echoed their sentiments in an interview with The Miami Herald, stating that Obama’s possible visit to Cuba “will not help the Cuban people achieve their desire for freedom and democracy,” and that the president cannot honestly say that his policy towards the island has improved human rights conditions for the people of Cuba.

Regardless of the fairly strong synchrony of voices close to the situation crying out for true progress to be made for the Cuban people, the resumption of diplomacy has others hopeful that at least some kind of progress can be made now that the U.S. has leverage to use against Raul and Fidel Castro. With the possibility of both achieving trade with the entirety of the mighty American commercial world, as well as having the opportunity to reconnect with the political world, the supporters of diplomacy with Cuba believe that the U.S. might be able to make a difference that has not been seen since Castro seized control of the island nation in 1959.

Supporters of the resumed diplomatic relations point to improvements for the Cuban people that will happen through business. Opening up travel to and from Cuba would provide a larger clientele for Cubans, many of whom run their own businesses on the island but do not have a large enough or wealthy enough population for them to succeed in their business ventures. Supporters will also point to the United States’ unsuccessful regime change policy concerning Cuba that has been passed down president by president since the embargo was first placed on Cuba in the Cold War.

“I would argue that the U.S. policy for regime change has not led anywhere,” said Johannes Werner, editor of the independent digital news source Cuba Standard. “I mean, how many presidents have we talked about where this has been the official policy, and they have come and gone and Cuba is still the same?”

“You’re talking about appeasement, but I would ask ‘what was the war good for?’” Werner said. “It was a war against the majority of Cubans, and the majority of dissidents. If they all want for the embargo to be lifted, how could you justify continuing that failed policy?”

Despite arguing for the lifting of the embargo, Werner made sure to tamper expectations for a significant change, noting that the U.S. Congress is holding back normalization with the nation, and that the Cuban government has been slow in implementing change and using the opportunities presented by the newly revived diplomatic relationship.

“I think these hopes [of the Cuban people for their lives to be improved] and the enthusiasm in Cuba are a little too high right now, and I think the expectations are set to be disappointed if things continue as they are,” Werner said. “It is slow on both sides, and I don’t think that regular Cubans are going to see a major improvement in the near-term – but there are signs of progression and improvement in the mid-term.”

There is validity in both sides of the argument: it might be right to distrust the Cuban government with a bunch of business that they might take for themselves, and it might be right that this might be the only way of helping the island nation that has been at odds with itself and the world for decades. With the relationship still in its earliest stages and now making it to the point where meaningful progress must be made, there is plenty that remains to be seen out of the situation, and many ways that it might go. For now, it is up to the leaders of Cuba and the United States to figure their relationship out for the betterment of both countries.