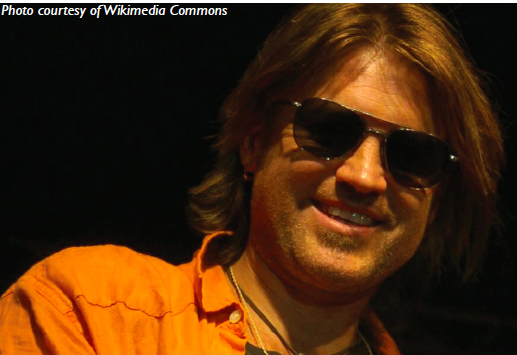 After a week of piling up responsibilities, dealing with weak lovers, and a severe lack of time sizzling our brains with friends: Kyla “K Nasty” Baal and I were in intense anticipation of the looming night. Billy Ray Cyrus was performing a free concert in St. Petersburg, courtesy of the Tampa Bay Buccaneers.

“This whole weekend is just the pre-game for the Billy Ray Cyrus concert,” K Nasty said.

But I knew that wasn’t the full story. “Girl whatdyu mean, my whole damn life has just been the pre-game for the Billy Ray Cyrus concert.” We nodded strongly at this realization, because really all our lives have led to us meeting here in Sarasota at our lovely Nerd School of Florida to go to Bucs Beach Bash together, to see the man, the master: Billy Ray Cyrus.

After a fiery night at Manna Tea and Kava bar, we made our way to our dorms, gracefully ending the first day of Ladies’ Retreat Weekend by screaming goodnight from across the hall.

“Sweet dreams, slut,” I called out.

My Saturday began with an ominous dream where I received a campus map with an X over the street by Sudakoff from Elijah Wood’s Instagram, which does not exist in reality.

Suddenly I am jolted awake by the marimba notes of my ring tone, leaving my chance to sleep in fading away. I spent the morning of the greatest night of my life so far grumpy because I would never know what Elijah Wood buried under that damn X.

The rest of the day trudged on, until a few friends gathered to send us off. At one point, we all complained about our periods and realized many of us were synced. “I am ovulating for Billy Ray,” K Nasty said as we left for the Uber that would deliver us to the pearly gates of heaven.

The kind Uber driver gave us the auxiliary cord and rolled down the windows, which is a special experience during the brilliant sunsets over the oceans connecting the two cities. Because we are not a lick more respectable than children, we screamed Alt J and danced until the sun set. The building anticipation for the concert was turning us into monsters.

Upon arrival at the St. Pete Tradewinds Island Grand Resort, we were confused on where to go so we wandered barefoot, desperate to find Billy.  Due to some makeup in my eye, I did not notice the tears streaming down my cheek until K Nasty choked out, “Girl, are you crying!”

Maybe my body knew what my mind was not prepared to understand. We were on the location. He was so close.

We began to notice more people clad in floral button downs and sandals walking in one direction and figured our best bet was to trail them.

“This is The Divine Comedy and the cowboy hats are Virgil, leading us to the innermost circle of Billy,” K Nasty said.

Walking past a paradisal scene of white bridges over a small river, the flora and fauna was lit in soft greens, purples and blues. The passing groups of sunburned Florida folk were just as eager as we were to reach the beach.

“Get it Papi!” K Nasty screamed as soon as she heard Billy’s gruff voice and bluesy baselines. He was performing “Go Johnny Go” and it was pristine. His voice was wonderful, and the ‘80s country songs he cycled through with bursts of energy were electrifying.

We were overcome with what, in any setting other than a concert, would be considered catcalls.

For the entirety of the concert, we were possessed by the terrible, terrible things we yelled.

“The lord spoketh upon me… and he said, ‘Achey Breaky Heart!’”

“You better stop being so sexy, Daddy Cyrus!”

We walked to the sacred grounds where the concert was but were overwhelmed by the impenetrability of the crowd. The tall bodies standing like riot police between us and Billy Ray blocked us from a clear view, so we made our way to the beach where a screen showed us the stage. Thank God for modern technology.

We sat on the beach, feet away from the completely still waters of the ocean. The beach was crowded because of the immense turn out but more breathable than our alternative. The sound carried to us brilliantly and Billy Ray was definitely feeling himself tonight.

When “Achy Breaky Heart” came on, we pressed our ears to the flour soft sands. “It’s like the Earth is singing Billy Ray Cyrus to us,” I shouted over at K Nasty, as the sound traveled through the ground to our humble ears.

The energy of the night was in the air, the crowd was ecstatic after he name dropped Tampa by replacing the lyrics to “Tusla Time” with “Tampa Time.” After we realized that we are actually in St. Pete, K Nasty accepted the word of her new God. “Whatever you say, Billy! Welcome to Trampa!”

The chords drew down to a silence, quickly overwhelmed by cheers. K Nasty screamed in agony.

“I’m just going to scream whenever there’s no music,” she said.

“Like a baby. Wail until the music comes back,” I reply. We were the biggest nuisances on the beach.

As the guitar weakly plucked the iconic notes of his final song, he entered a monologue. “I gotta thank y’all for comin’ out here. It truly is a celebration of free spirits out here. Wow. I’ll always remember this magic night down on the beach, it’s so crazy with the wind.”

The introductory cords continued. “After it was banned from my home of country music,” his voice quavered ever so slightly, “We done made a new song, y’all raise your hands, I love you and I thank you Tampa!” This was St. Pete, not Tampa, but we all know what he meant.

“Y’all made this a magic ride. This your song! This is your song, thank you!” The intro repeated once more and when he finally plunged into the song, K Nasty and I lost it.

“We gon’ ride, you already know we gon’ ride sir!” we incoherently shouted through the chorus. We danced in our dresses into the ocean as Lil Nas’s vocal substitute wrapped up the concert. The crowd was not as receptive to the rapping. There seemed to be an awkward tension between them and the band until Billy’s middle verse came in and the swaying seniors gave into the sweet guitar solos and sultry country draw of Billy Ray Cyrus.

“Hat down, cross town, feeling like a rockstar,” his voice growled, bitter and rough in delivery but smooth as all hell on the ears. The song whistled to a conclusion. As if from a movie, the wind kicked up the St. Pete sand.

“Hold my hand, man, it’s okay,” I said as the fireworks began. “God Bless the USA” rang out as the band packed up and the crowds cleared out. Billy was gone but not forgotten as groups of people sang out his hits as the roars in the sky died down.

“I think I died and went to heaven,” K Nasty said and we laid on the beach until we felt ready to get up.

While making our way past the resort’s tiki bar, we heard a Vampire Weekend song and let the tropical tunes of the Tradewinds playlist take us away. The wind twirled us around and we shamelessly danced in our flowing island tourist dresses.

Suddenly, a man in plaid and a Nashville hat stopped us and asked, “Did you see us play?” We were panting from dancing for what could have been minutes or hours or days. We earnestly did not know, because combined we have the same understanding of the passing of time as a goldfish.

He tells us that it was his band, again. He squatted down to talk to us while we sat on the pool chairs. He had stopped us from our dancing: we were disoriented and not receptive to the conversation. We were put off by the flirtatious man talking at us. We just wanted to shake our asses to Jimmy Buffet. We didn’t want any Margaritaville daddies picking us up.

He had not even left yet. We are assholes.

A relaxing uber ride with the “Tampa” winds flapping our faces made us forget the awkward encounter and we relived the moments until it was time for us to part, ready for the most therapeutic sleep of our life with all of our stress, anxiety and abandonment issues cured by sweet country music.

I woke up to a splintering headache and symptoms of a cold. Was it my blatant ignoring of my body’s need for sleep and nutrition? Possibly.

Was it the sheer force of Billy Ray Cyrus ripping through my nervous system with his godsent songs? More likely.

K Nasty and I had no voice for the next three days.

“I shouted such sinful things at Billy Ray, the Lord took my voice away,” K Nasty said.

Going about my morning, it occurred to me to check Mr. Cyrus’s Instagram. He loved St. Pete—Tampa—so dearly, I wanted evidence of his visit.

And dear lord in heaven, it WAS him. A photo of the very same plaid shirt and cap on stage next to Cyrus confirmed it.

We should have begged him to let us on the bus and become some Billy Ray groupies. If we could not do that, then an interview or picture would have sufficed. I had a golden opportunity and let it slip through my fingers.

To Billy Ray’s guitarist: if somehow my unworthy little review finds a way to your eyes, thank you for your stellar performance. We are sorry we mocked you.