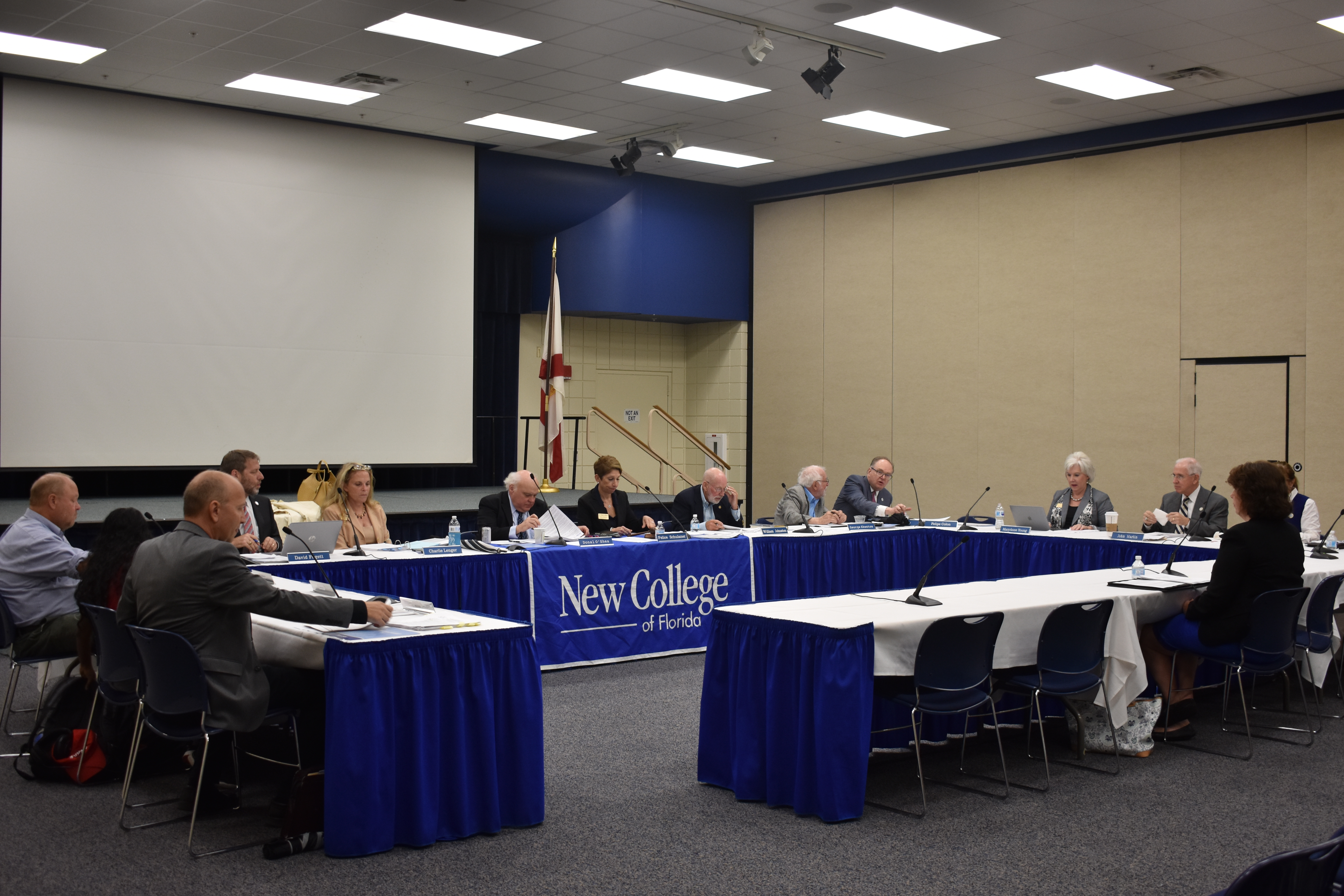 This January, the New College Student Alliance (NCSA) announced the Four Winds Café would be closing for the spring semester, due to a constricted NCSA budget that was no longer capable of paying the café’s debt. Almost two months later, a once unimaginable solution may be in sight. At the Board of Trustees (BOT) meeting on Feb. 26, at least two trustees offered to invest in the Four Winds, in the hopes of reopening the café in the fall.

To bring the Four Winds issue to the attention of the Board, New College Student Alliance (NCSA) Co-president Selena Goods, Chief of Staff Eleni Spanolios and Vice President for Relations and Financial Affairs (VPRFA) Eva Ernst wrote and submitted the agenda item to the meeting. Although the NCSA Cabinet had included the board members on the emails dealing with the Four Winds’ closing, Goods wanted to make sure the Board was aware of the entire situation.

Goods explained that the item was an informational item, not an action item (which would require the Board to vote on the proposal). According to Goods, submitting the agenda item was “mostly informational but partly strategic.”

“If they felt that this issue was important enough, the Board of Trustees is able to mobilize certain people in administration,” Goods said. “Maybe like open up a separate account in the Foundation or things like that.”

According to the New College website, the BOT “is vested with a broad range of authority and responsibilities for governing and managing New College. Its specific powers and duties include…authority and responsibility to do all things needed to administer New College.” Consisting of 13 members, six citizen members are appointed by Florida’s Governor and five citizen members are appointed by the Florida Board of Governors. The other two seats are held by the chair of the faculty, Professor of Political Science Keith Fitzgerald, and the president of the student body, in this case, Goods.

According to Goods, the BOT has “the power to do basically anything, according to, of course, the Board of Governors’ rules.”

This includes having the final vote in giving professors tenure, being able to audit certain departments in the school, holding authority over the New College Foundation, electing who is on the Foundation Board and overseeing the school’s expenditures. Any expenditures over $500,000 have to be approved by the BOT.

This “partly strategic” move to notify the Board of the NCSA’s constricted budget and the resulting closure of Four Winds paid off, when Trustee George Skestos offered to invest $10,000 as starting capital to reopen the café. After statements from Fitzgerald, Ernst, Vice President of Finance and Administration John Martin and other board members, Trustee John Lilly stated that he would join Skestos in investing in the business, but that he expected a return.

“Which I think is a firetrap,” Lilly noted of Four Winds.

However, according to Goods, the trustees’ offer is contingent upon the NCSA presenting a business plan that the trustees would need to approve before investing into a new Four Winds business.

Goods “got the sense from [the two trustees]” that they will follow through with their investment if the NCSA provides a solid business plan. However, even if that happened within a week, there would still be bureaucratic hoops to jump through. The money would have to go through the Foundation and would require a hefty amount of paperwork, extending the time it would take to get to the NCSA. In addition, if the NCSA were to follow through with the trustees’ suggestion of separating Four Winds from the NCSA, a host of other questions would arise, such as if Four Winds would have to pay rent to the New College and what their relationship with Metz Culinary Management would look like if they were separate from the school.

“It’s definitely more complicated than someone offering to donate $10,000 and we can open up Four Winds tomorrow,” Goods said.

Ernst, Spanolios and Goods will work with the NCSA’s committee on Four Winds Improvement to come up with a viable business plan to present to the trustees. Although the exact nature of the business plan is still unclear, Goods noted that she spoke with several trustees who suggested that the café should have a full-time manager hired by Metz, as opposed to hiring a yearly alumna. Hiring a permanent manager would circumvent the learning curve that hiring a different manager each year often entailed.

“I don’t know what the committee’s going to think,” Goods said. “But that is something that we discussed with a trustee, and I think at least the idea of having a permanent manager is something that’s feasible.”

As it stands right now, without these trustees’ investment, the Four Winds would not be able to open in the fall, according to Goods.

At the BOT meeting, President O’Shea stated that it is not expected the college will reach the goal enrollment number this coming fall of 860 undergrads. For now, the reopening of Four Winds rests on the entrepreneurial minds of a few students and two trustees willing to invest in a cornerstone of campus culture.