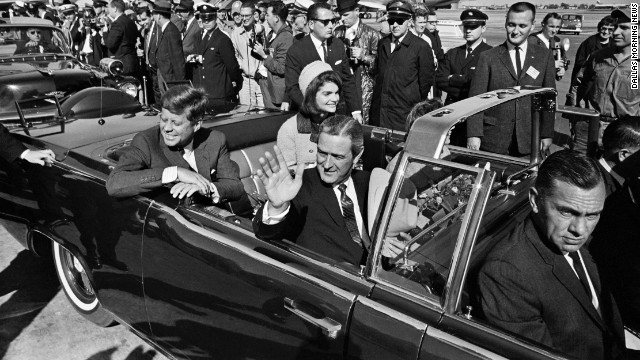 For historians and conspiracy theorists alike, Oct. 26, 2017—the scheduled date on which classified government files regarding the 1963 assassination of President John F. Kennedy were to be released—has been a day to look forward to for years now.

Despite reported opposition from national intelligence agencies to the release of the classified documents, President Donald Trump announced on Oct. 21 via Twitter, that, “Subject to the receipt of further information, I will be allowing, as President, the long blocked and classified JFK FILES to be opened.”

The classified files, held in protected secrecy in the national Archives, were mandated by Congress to be released on Oct. 26 of this year by a 1992 law. Trump has the power to halt the release of the assassination files, or to simply let the files be released as they were already mandated to by law for the last 25 years.

Regardless of the marginal role he is playing in the documents’ release, Oliver Stone effusively praised Trump via Twitter.

“Congratulations to @realDonaldTrump on his decision to release the JFK files – Transparency Matters !” Stone said in an Oct. 21 tweet. Stone additionally called Trump “My hero !” in another tweet within the same hour.

While the files are apparently going to be released, many conspiracy theorists doubt that the files will uncover any sort of bombshell.

“There’s going to be no smoking gun in there,” author of “Case Closed: Lee Harvey Oswald and the Assassination of JFK” Gerald Posner said in an interview with CNN. “But anybody who thinks this is going to turn the case on its head and suddenly show that there were three or four shooters at Dealey Plaza—it’s not the case.”

Information gathered from CNN.com and nytimes.com