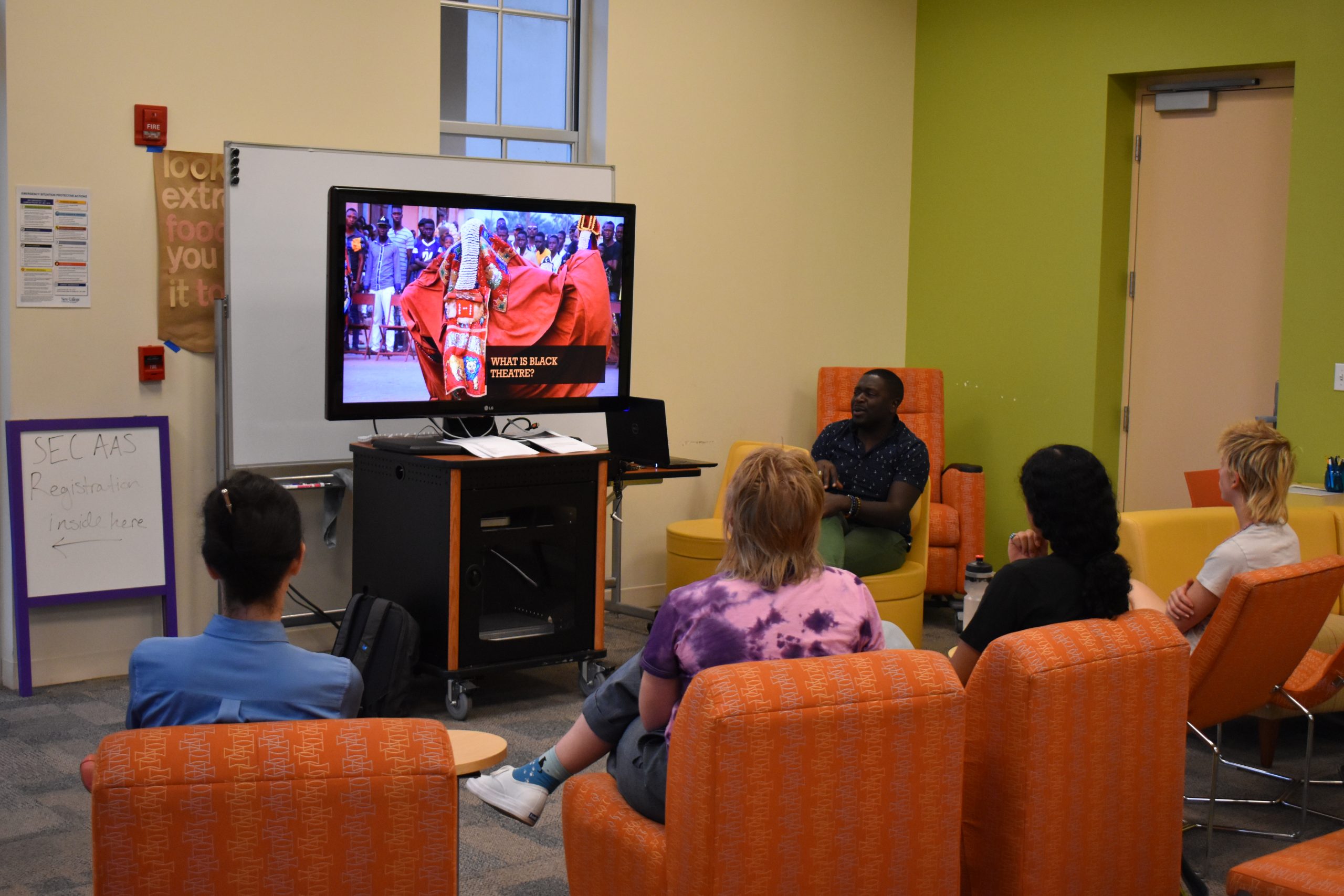 To Travis Ray, Associate Managing Director of Sarasota’s West Coast Black Theatre Troupe, theater is everything. Ray, who presented a brief summary of the history, present and future of Black theater during his “Black/Latinx Theatre: Where Can It Take Us? and Will You Embrace It?” talk on Feb. 13, believes that the beauty of Black and Latinx theater is in the undeniable strong presence of voice in both genres.

“That’s what’s so beautiful about it,” Ray stated at the start of the discussion. “It’s reflective and it’s open for everyone to appreciate.”

Black theater, as described by Ray, is a dramatic movement encompassing plays and musicals that centers the Black experience. While most people believe that Black theater started in the 1820s and 1830s, Ray believes the tradition of Black theatrical performance has much older and deeper roots.

“I would say it happened much before then, in Africa,” Ray explained. “The [Yoruba] people who followed the Orisha [spirits] believed that we got our abilities, our gifts, even the things we appreciate in our lives like love, art and culture, from the Orisha. They believed we got that from our ancestors, so it was always in us and within our blood.”

Throughout his presentation, Ray tracked the evolution of Black theater in America alongside the progression of Black life, starting at the transatlantic slave trade and going through the popularity of minstrel shows and blackface, the artistry of Harlem Renaissance musicians and the rise of Black directed and performed Broadway shows. Black history, as Ray exemplified, has always been at the forefront of the history of theater.

For those who missed this discussion or are eager to hear more, Ray will be returning to ACE Lounge on March 5 from 6-7:30 p.m. to present on Latinx theater. Ray also encourages New College students to become involved with the West Coast Black Theatre Troupe through coming to shows, shadowing performers and attending events such as this talk.