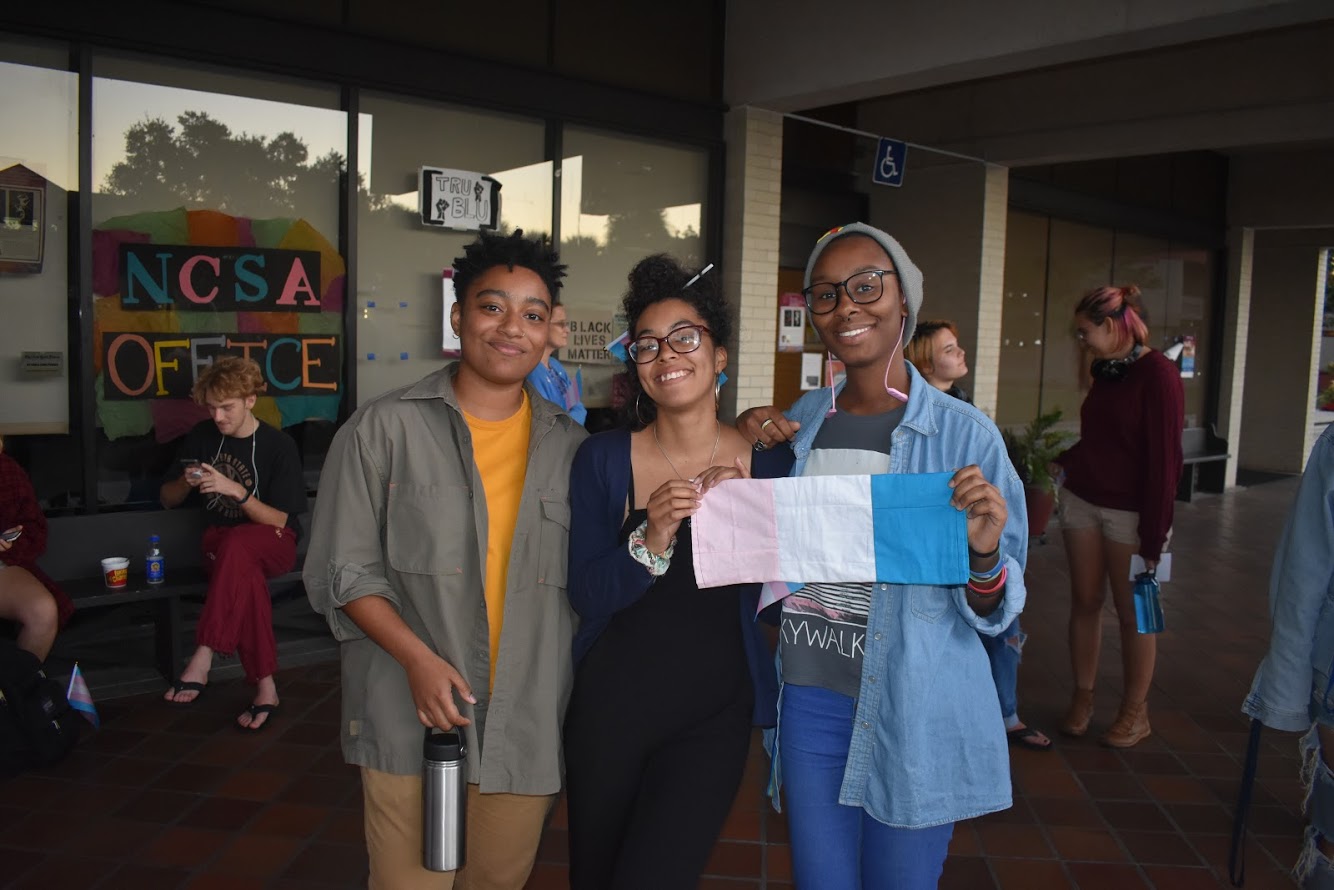 All photo courtesy of Sergio Salinas

On Wednesday Nov. 20, students on campus honored Transgender Day of Remembrance. Third-year resident advisor Jas Marie organized the event, distributing transgender flags and stickers for students to show their support. Along with members of the faculty and administration, students walked to the bayfront, where a vigil was held to remember those who lost their lives in 2019 as a result of violence against trans people.

Now, 20 years since the first Trans Day of Remembrance and trans people are still being killed. The Remembering Our Dead projects lists 37 reported trans deaths in the period between Oct. 1, 2018 and Sept. 30, 2019. In 2019, there have been over 250 trans deaths across the world.

In the U.S., the Human Rights Campaign has found that regionally the South has accounted for 58 percent of transgender killings since 2013. In 2019, there have been 22 reported trans killings. Ninety-one percent of these killings were Black women, 68 percent occurred in the South. Since 2013, 82 percent of trans violence has occurred in states with no hate crime laws protecting sexual orientation and gender identity.

One such killing was that of Bee Love Slater, a Black trans woman in Clewiston, Fla. Slater was the 18th trans person killed in 2019. Given that Slater lived only 133 miles from New College, it can be hard to think about the dangerous reality LGBTQ+ people face in places where the expression of identity is not socially acceptable. Celebrating Trans Day of Remembrance on campus serves as a reminder that while progress has been and continues to be made, there is still a long way to go in attaining equality.

“There’s a poem/prayer by B. Herbert, a trans person of color, that really stuck with me,” Marie said. “They wrote this in 2017. ‘On this November 20th, Be tender with those who are mourning. Be attentive, to those who feel unsafe. Be encouraging, to those who are revealing their truth. Be prepared, to be led into the possibilities of tomorrow by those who tomorrow wasn’t built for.’”

Since its start in 1999, Trans Day of Remembrance has grown into a global event, even celebrated in the small New College community. The creator Gwen Smith commented on the reach of the event in an NBC News interview.

“On one hand, it’s amazing to see how big the event has grown, but at the same time when all is said and done, we are still being killed,” Smith told NBC News.

At the bay, students read aloud the names of trans people killed in 2019. A moment of silence was shared as students took time to reflect. Afterwards, students shared their thoughts and feelings. Some students remembered people close to them who have suffered as a result of intolerance. One student noted how easy it is to forget how different things are outside of the ‘New College bubble,’ as the rest of the world can seem a daunting and volatile place.