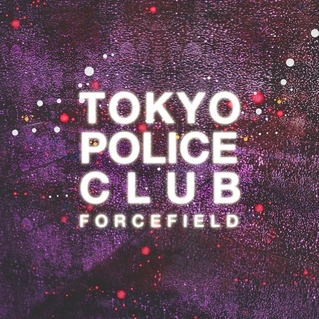 Since when did indie become a bad word? Pitchfork’s assessment of Tokyo Police Club’s new release “Forcefield” matched their usual standard of pretentious reviews. This pop-infused side of indie music was just not to their highly refined taste and received an average rating. Indie rock is a genre of music that is built upon the underlying principle that being “undiscovered” is the definition of a band’s existence. Because pinnacle bands such as Arctic Monkeys and Passion Pit are now heard on local radio stations, many are worried that this new “mainstream” direction will be detrimental to the genre.

After a four-year wait, Tokyo Police Club released “Forcefield” on March 25, and, as expected, it followed this radio-friendly trend. Though, unlike other indie bands, the style of this album was expected not because TPC follows what is popular, but because that is the kind of music that the band has always made. TPC is likeable because they inspire high school nostalgia that allows listeners to forget how horrible high school really was – spending summer nights in backs of cars and a slew of crushes is not only relatable, but ingrained into the great American dream. Indie genre followers are now pushed to loathe catchiness and glorify unconventionalism. While Tokyo Police Club may be living out of the early 2000s, have we not forgotten the obnoxious 80s revival period that big-league groups such as The Strokes and Arcade Fire went through in the last few years?

The infectious hooks of each song on TPC’s second album “Champ” are what self-absorbed, opening-act-only-goers ridicule. I myself was given a copy of “Champ” by a former friend who said that the band was too juvenile for his taste. This was after I met him at the band’s concert just a couple months prior.

“Forcefield” is a good blend of new and old sounds for TPC. Though they did not necessarily experiment with anything new for the genre, they did record things that were new to the band, while still staying true to their fanbase. The point is obscurity is not as cool as people make it out to be. TPC stuck to their roots and when they deviated, such as in the nine-minute, three-part, album opener “Argentina,” they succeeded. Floppy-haired Dave Monks is still everyone’s awkwardly self-aware sweetheart and the aching familiarity of “Champ” is still present, creeping through the breaks in electric guitar riffs. I have waited five years for “Forcefield” and honestly, I do not think TPC could have made the follow up to “Champ” any better.