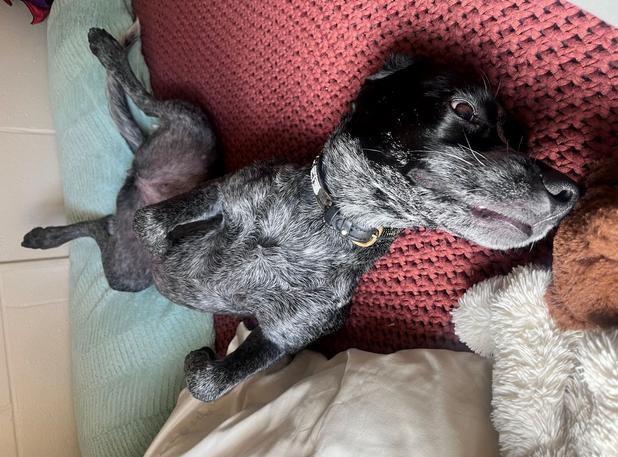 Emotional support animals (ESA) can be found all over New College’s campus, whether it’s a dog playing fetch on Z Green or a cat being carried around in a backpack—or perhaps you’ve even spotted students being pulled around on a skateboard by a dog? ESAs are often seen as just another pet wandering around on campus, but what actually goes into caring for and having an ESA on campus?

If one wishes to request an ESA on campus, they must go through the Advocacy and Accessible Learning Center (AALC). Requests for ESAs should be submitted through residential accommodations. These requests must include a New Student Request Form and reliable third party information that includes verification of disability, describes the requested accommodation and clarifies the relationship between the disability and accommodation.

After the documents are submitted, they will be reviewed and AALC staff will schedule an intake appointment with the student. Once approved, the student will receive an eligibility letter that states the details of their accommodation.

An owner of an assistance animal is responsible for the care, supervision, hygiene, cleanliness, control, vaccination, licensing, health and liability of the animal. Failure to fulfill these responsibilities can result in the animal being temporarily barred from campus.

Now that the process of requesting an ESA is clarified, let’s shine some light on New College students’ perspectives:

Weier has an ESA named Tassie, a five year-old German Shorthaired Pointer and Springer Spaniel mix. Weier has owned Tassie since the dog was eight weeks old, before Weier had enrolled at New College. After going through the process of getting Tassie approved to be on campus, Weier wanted to ensure her dog would be happy, comfortable and in a safe environment. She also emphasized communicating with potential roommates about boundaries regarding an ESA.

“Just like signing a roommate agreement, you have to make sure that there are understandings around the expectations you have and that they have,” she said.

Weier describes life with an ESA as, “the most gratifying and challenging part of my life here at New.” She states the major adjustment was discovering their partnership while living at New College. Although Weier states that coming home to her furry friend is one of the highlights of her day, she emphasizes the responsibility that comes with having an ESA. Tassie goes on four walks a day, has designated play time and activities used for enrichment such as practicing tricks or enjoying treats on a lick mat.Despite the amount of responsibility, Weier also highlights the benefits of having an ESA.

“The challenge of supporting both her physical and mental health is the main way she helps me too,” Weier continued.

“It’s a whole lot easier to stand up for a little one that doesn’t have a voice,” Weier continued. If someone isn’t aware of her boundaries or breaks one of them, it’s my responsibility to ensure that doesn’t happen again. She reminds me that I have to do that for myself too.”

Weier recommends places such as Dog Perfect and the Family Pet Center for fellow dog-owners on campus. She praises Dog Perfect on their dog bone bar and dog treats that Tassie adores—however, she acknowledges that the store can be pricey therefore it can be difficult to find everything that fulfills Tassie’s needs. Family Pet Center tends to have a great sale rack for people to choose from. As for vets, Tassie generally tends to see the vet in Weier’s hometown, however, she is a patient at Animal Medical Clinic at Gulf Gate as well.

For those wishing to bring an ESA on campus, Weier recommends taking the time to consider if you have the time and energy to care for another living being. Weier also cautions those who wish to take their dogs to the dog park: “The ground is littered with trash and the loose dirt encourages mites which can be harmful to dogs.” With that being said, a dog park expansion is in the works and Weier asks students to show support at upcoming Landscape Task Force Meetings, which occur monthly and are publicly announced to the student body.

It’s important to acknowledge that owning an animal is a growing process and that there are many things that people will learn throughout their time of owning an ESA. Overall, Weier states that “having an ESA at New is a really fulfilling experience.”

Motta resides on campus with their American Shorthair ESA named Arendelle, affectionately nicknamed Aries. After having Aries approved to be on campus, Motta emphasizes his impact on the transition process as Motta moved on campus. Motta describes Aries as a “comforting companion” who made the move to college less daunting.

Motta acknowledges that owning an ESA isn’t “always glamorous, but the positives can outweigh the negatives.” Aries reminds Motta to take care of themselves: ensuring that he was fed and healthy allowed Motta to also focus on themself during their time at New College. Aries often works as a calming or sometimes goofy presence after a long day of classes.

As for resources, Motta uses stores such as Target and Walmart due to the closest PetSmart being farther away. If Aries needs to see a vet, Motta takes him to Westbird Animal Hospital.

Motta emphasizes the importance of staying consistent regarding finances and cleanliness. Sometimes an owner will have to make sacrifices in order to ensure their animal has the necessities.

“Sometimes you’ll have to choose your pet over that six dollar starbucks drink,” Motta said.

Similar to Weier, Motta also acknowledges that ESA owners must be considerate of their roommates and their shared spaces and clean up after their ESA.

Motta also acknowledges that, “ESA’s are still living beings independent of what they can do for your mental health.” They need a comfortable, healthy and safe environment to live in and if someone cannot provide that, then Motta suggests students look at different options.

A little fun fact about myself: I also happen to have an ESA on campus. He is a one year-old Green Cheek Conure named Nugget and I’ve had him for a little less than a year. I personally registered Nugget as an ESA through U.S. Service Animals and submitted his registration, my diagnosis and a health record from our vet stating that he is healthy. Unfortunately, I wasn’t able to bring Nugget on campus until October due to a struggle with getting the required third party documents.

With Nugget’s arrival, there were routines I needed to adapt to. Just like any other animal, Nugget thrives off of attention and he requires a lot of it. Usually he is out of his cage while I’m in the dorm room, allowing me to give him attention and for him to receive enrichment as he interacts with his surroundings. I also have to be considerate of my roommate regarding cleaning up after Nugget. Birds are very messy animals: between eating his pellets, throwing fruit juice everywhere and pooping wherever he pleases, Nugget requires a lot of cleaning.

Despite the responsibilities, Nugget is a lot of fun to have in the dorm. He reminds me to take a break from my homework to relax and give him some one-on-one attention. During this time, I usually give him pets, teach him new tricks or just talk to him and hangout with him. He can say a few phrases and words so I’m not always talking to myself. He has a very goofy personality and it can be a stress reliever after a long day.

Unfortunately, I have struggled with finding a vet that matches the prices of our vet back in our hometown. Luckily, I am able to visit our hometown during the weekends, allowing me to take him to his vet to get his nails and beak trimmed. He is also fully flighted—therefore, I do wish to get him microchipped in case he somehow gets out of the dorm room someday.

As for stores, the Family Pet Center is my go-to: it’s close to campus, affordable and I can go look at the birds they have for sale. Other notable bird stores happen to be about an hour away from New College but it’s worth the drive, in my opinion. Parrot Outreach Society is a bird rescue located in Punta Gorda that sells toys, materials, perches and food. The profits made from these products go towards the well-being of their rescued birds. Meanwhile, Everything Birds is located in Tampa and is the southeast’s largest bird store: it has a wide variety of toys, perches and food for any parrot owner in the area.

For those looking to bring an ESA on campus, I highly encourage you to thoroughly think about that decision. I do not regret bringing Nugget on campus however he’s not always as cute and cuddly as he seems in his pictures. Birds are loud and there is nothing that anyone can do about it. They will scream and squawk for as long as they want to and some people cannot handle that level of noise, especially when trying to do homework. Birds are flock animals meaning that they require a lot of time and attention. If Nugget does not get the attention he wants, he screams. It’s important to communicate with roommates about expectations and boundaries, similar to a roommate agreement. Having an ESA can be more stressful than calming sometimes.