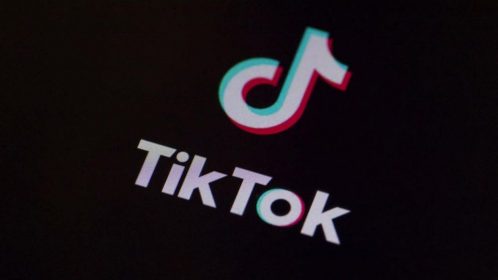 In 2020, the kids of Generation Z, or as they jokingly refer to themselves, “Zoomers,” have found new ways to create trends that cross multiple aspects of modern culture, such as music, fashion and dance. Social media platforms have allowed for much more exposure to different audiences across the globe while also creating a rapidly changing cycle of trends. One of the main platforms in the automation of trends is TikTok, the video-sharing social media app. TikTok’s format of fifteen-second or minute-long videos has allowed for users to create a variety of content, anywhere from comedy skits to simply showing off the outfit of the day. TikTok has seen exceptional growth over the past two years and now stands as a staple of modern culture among young people, dictating trends and creating new celebrities.

While social media fame is often looked down upon in question, TikTok ‘fame’ is very distinct in comparison. The most followed person on Instagram is world renowned soccer player Cristiano Ronaldo with 335 million followers, on Twitter is former President Barack Obama with 113 million followers, but on TikTok the most followed person isn’t a president or a famous athlete, but seventeen year old Loren Gray from Pottstown, Pennsylvania.

Gray first gained popularity in 2015 on the video-sharing app Musical.ly that was later bought by Chinese internet technology company ByteDance and rebranded as TikTok. While Gray gained popularity on TikTok, her main passion remains her singing career. Gray signed a record deal in March 2018 with Virgin Records and released her first single “My Story” in August. Since then Gray has released five singles, including a collaboration with Los Angeles based DJ duo, Lost Kings, that has received 39 million streams on spotify.

While there are no TikTok “stars” on-campus, first-year Aniston Hoffman, also known as egodeath9000 on TikTok, has gone viral in the past for her impressions and comedic videos.

“I really just make the stupidest videos ever,” Hoffman said. “My friends and I will come up with really dumb ideas and just have fun with it. I do it just for entertainment and the fact that I’ve come to the point where I don’t really care. I’m just trying to make myself laugh with my friends and see if other people find the same shit funny.”

Hoffman’s most viewed TikTok stands at almost 125,000 views with 14,000 likes. The video features Hoffman displaying her makeup routine using Glossier products with the song “Slide” by Calvin Harris as the audio.

However, Hoffman is not worried about her fame, as she looks to focus on her studies and remain grounded in the face of the alluring prospect of social media fame.

“The only benefits will just be having clout, but that’s not really that important.” Hoffman said.

While social media fame is certainly alluring, the instability of a constantly changing platform can cause struggles for individuals looking to please a diverse audience. Gaining followers by participating in a popular trend can be exciting, but if the views and likes start to drop it can affect one’s mentality over the content they’re producing in a negative way.

“A lot of people can be mean in the comments,” Hoffman said. “I’ve had a lot of hate comments and negative attention, but it really doesn’t matter. It doesn’t really affect me.”

This mentality is not just limited to TikTok. Creators on other platforms like Twitter, Instagram and YouTube face similar problems. Another problem that comes with fame is imposter syndrome, the idea that one’s own fame is not deserved or legitimately obtained. One way to relax from the stresses of social media is to simply step back from the screen and take a breather.

“Taking breaks definitely helps distance your mind from it, so that it doesn’t have that much of an effect over you as it would if you’re super invested in it,” Hoffman said. “I take breaks often, even if they’re small. Sometimes I take month long breaks, sometimes just for the day, or a week.”

TikTok has also spread the use of slang words like e-boy and e-girl, which stand for internet boy or girl that usually includes an alternative style. The rise of e-boys and girls has seen the digital world of TikTok leak into the real world, as more viewers are exposed to different styles and decide to expand their own tastes.

“Basically the stereotype of it is dangly earrings with dyed hair, fangs, nose piercings, listening to 100 gecs—that kind of music,” Hoffman explained. “A lot of people call me an e-girl just because I have bangs and shit and I thrift my clothes, but it’s just how I dress.”

Hoffman, who studies music, hopes to one day use her platform as a way to share her own music. TikTok has changed the music landscape, allowing lesser known artists to get discovered by posting their songs as audios. One such song, “Lottery” by American rapper, K CAMP, gained popularity for its combination with the “Renegade” choreography, created by 14 year old Jalaiah Harmon.

“[TikTok] affects the way people listen to music, or how music gets around since so many people are on TikTok and the more you’re listening to these songs they become really popular,” Hoffman said.  “I’m waiting to put out some new stuff, so I can better represent myself.”

TikTok has even become bureaucratic, as the World Health Organization recently joined the app to spread information on how to avoid contracting the coronavirus. While the use of social media to spread important information is not new, TikTok remains different from the other platforms as a primarily short video-sharing service.

With almost no competitors, TikTok will continue to grow as consumers all over the world continue to consume the abundant content that is available at their fingertips. The continual growth will only see the creation of new trends and fads among young people. The start of a new decade will see many from Generation Z enter their early- to mid-20s. They will be able to see the trends that will define a new generation of young people and much like their predecessors, zoomers will question the ever-changing culture of youth.

Information from this article was gathered from marketingcharts.com, businessinsider.com, and oberlo.com