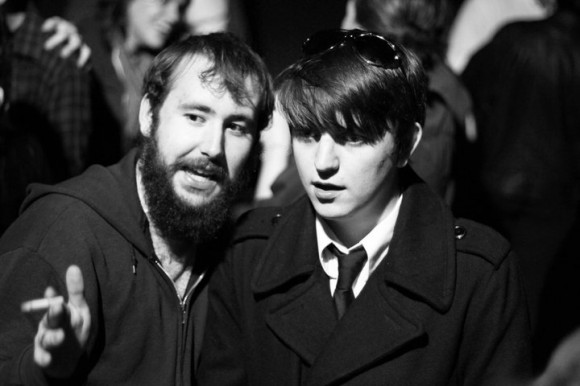 The New College Student Alliance (NCSA) presidency was not the only position vied for on Nov. 3. New College students elected a variety of representatives and three Student Court justices, and rejected an amendment to the NCSA Constitution. The Catalyst interviewed one of the Student Court justices and two of next year’s representatives—one new to the NCSA and one a veteran—to ask them why they ran and what they expect in the 2011 term.

Baker told the Catalyst that he “wasn’t sure at all that [he] wanted to run as a first-year” for a Student Court position, and finally decided to “about three days after the call for elections went out.” His experiences on the Constitutional Review Committee (CRC) provided a reason for this. He explained that he is disappointed with the Committee’s progress thus far, and does not expect much from it in the spring.

In fact, Baker announced at the Nov. 10 Towne Meeting that he will propose a complete rewriting of the NCSA Constitution in the spring of 2011. Though he plans to improve his proposal before the time of the February Towne Meeting, it currently calls for seven to 15 students, appointed by vote at the Towne Meeting, to form a “Constitutional Convention” toward the purpose of writing a document with more organization and a better legal standing.

Another of Baker’s reasons to run is that he “was a parliamentarian for a number of organizations” at his high school. He served on his school’s Honor Council, which he said resembled the Community Board here: it heard and arbitrated “some student conduct cases.”

Baker also stated that he has few expectations about the Student Court and his involvement in it in 2011. “I know all of our duties but the job of the court is mostly to be reactionary, not actionary . . . We merely respond to complaints brought by students and come up with opinions on contitutional interpretations,” Baker explained.

Van de Castle revealed to the Catalyst that he only decided to run the day before the election. As he put it, “It’s funny to me when they have positions that no one’s running for, so I figured I might as well put my name in for one, because it’ll be funny if I get elected.” He had several positions to choose among for this, though, and went for Residence Life Representative because he’s “dealt with Res Life before and [he has] opinions on the way it should be run.”

These dealings and opinions come from van de Castle’s experience on Work Crew and the Room Damage Fees Appeals Committee, both in the summer of 2010. He said that he saw a lot of room for improvement in interactions between the students and the Department of Residence Life such as these.

In his upcoming position, Van de Castle “figure[s he] would be a liasion between the NCSA and the housing department.” He hasn’t “entirely figured out what [his] duties entail,” but he has attended one Committee on Student Affairs (CSA) meeting at which he doesn’t “think anything happened.”

Van de Castle stated first that he is “less than optimistic” about the promise of the NCSA achieving much in 2011, and then corrected himself, deciding that he is “cautiously optimistic.” He explained that he is “afraid of cronies,” he doesn’t expect much to “happen with the Brian Lee trespass situation,” and he anticipates “complete inaction on Wall time changes.”

Martin has much more experience than the other two NCSA members featured here in New College’s student government. She served as Vice President of Student Affairs in 2010, chairing the Committee on Student Affairs, and also volunteered to chair the Ad-Hoc Trespass Policy Committee, and several other bodies. She was involved in the Pluralism Committee and chaired the Residence Life Committee for one of the past two semesters.

Martin looks forward to her time as Fourth-Year Student Allocations Committee (SAC) Representative as a needed lessening of her responsibilities, though she will continue to work with the Trespass Policy Committee. She “wanted to maintain some affiliation with the NCSA, and especially on the CSA, because [she] thought that it would be a really good chance to provide support for” her successor as Vice President of Student Affairs, the position she is leaving.

With her extensive knowledge of the NCSA, Martin made some more concrete predictions about its future than the other representatives interviewed here. She anticipates turbulence in the SAC at first due to that body’s loss of two members to the presidency, one of whom was its chair. She thinks it will “bounce back,” however, and has “big plans for what [she] want[s] to do on the SAC.”

She intends to try and establish a “working inventory system for every SAC purchase” that the Equipment Techonology Assistants would keep track of and make available to students. She also wants the SAC to keep better track of the food it buys, “now that we have a fridge.” She thinks, as well, that the Gender and Diversity Center could provide art supplies to many students, and that the Department of Student Affairs could subsidize speakers invited onto the campus. That the SAC bears these burdens alone seems to her to be a “detriment” to its funding.

As far as the NCSA as a whole is concerned, Jordan made nearly opposite predictions to van de Castle’s. She sees the Ad-Hoc Trespass Policy Committee that she will stay on as vitally important. She expects definite actions to be taken on the matters of “renovating the Four Winds” cafe and bringing the matter of providing Identification cards to Alums “to completion.” She shares some of Baker’s concerns about the NCSA Consitution, but counsels that its improvement “should be something that is very public.” “The constitution, I’m hoping, is going to be as big of an issue . . . as everyone in the NCSA recognizes that it needs to be,” Martin stated.

All of the newly elected NCSA representatives and Student Court justices were announced by Supervisor of Elections Naushin Jiwani in an email to the students list-serv titled “OFFICAL ELECTION RESULTS!”