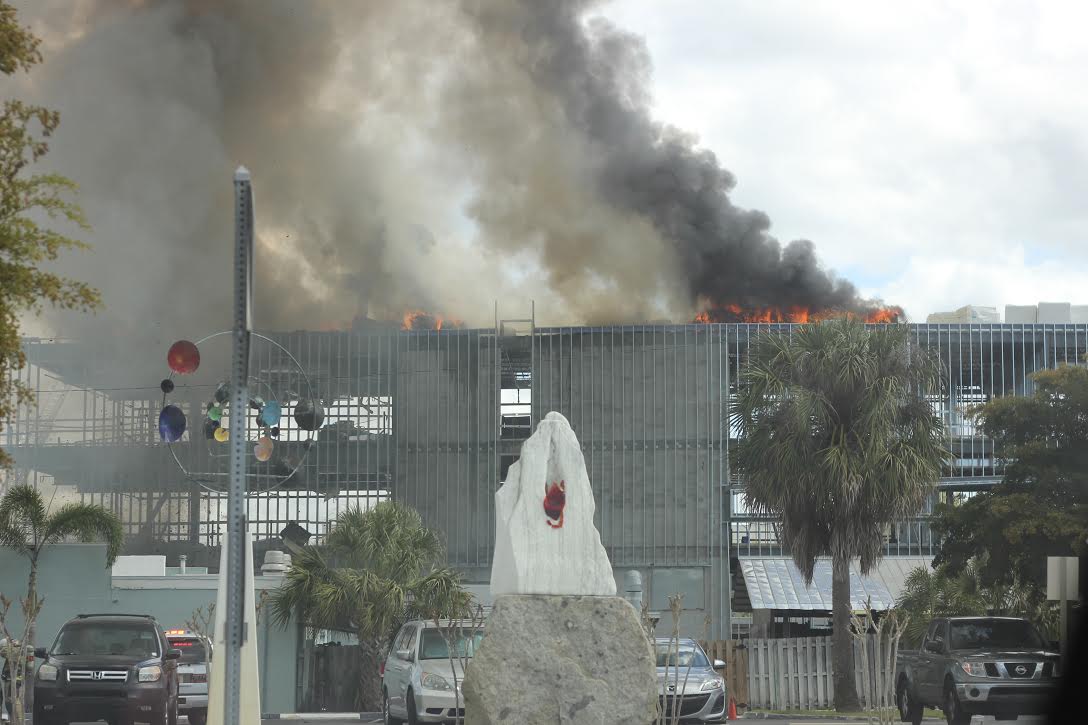 Massive clouds of smoke billowing from the three-alarm fire on the roof of a newly constructed Ringling College of Art and Design building. Photo by Pariesa Young.

A fire began on the roof of a building being constructed on the Ringling College of Art and Design on Tuesday, March 7. No one was injured in the fire and no damage was inflicted upon the surrounding buildings. At the time of the fire, Ringling College was on spring break.

However, many were concerned as massive clouds of smoke billowed from the building, which at the time of the fire consisted primary of a skeletal structure and flammable roofing materials. It took local firefighters over 30 minutes to extinguish the fire, which was categorized as three-alarm due to the combination of wind and smoke producing materials. Fires are given an alarm categorization based on the level and quantity of response from local authorities.

It is unclear what exactly started the fire and to what extent the fire will further delay construction of the four-floor building, which will be part of the Richard and Barbara Basch Visual Arts Center.

Information for this article was retrieved from the Sarasota Herald-Tribune.