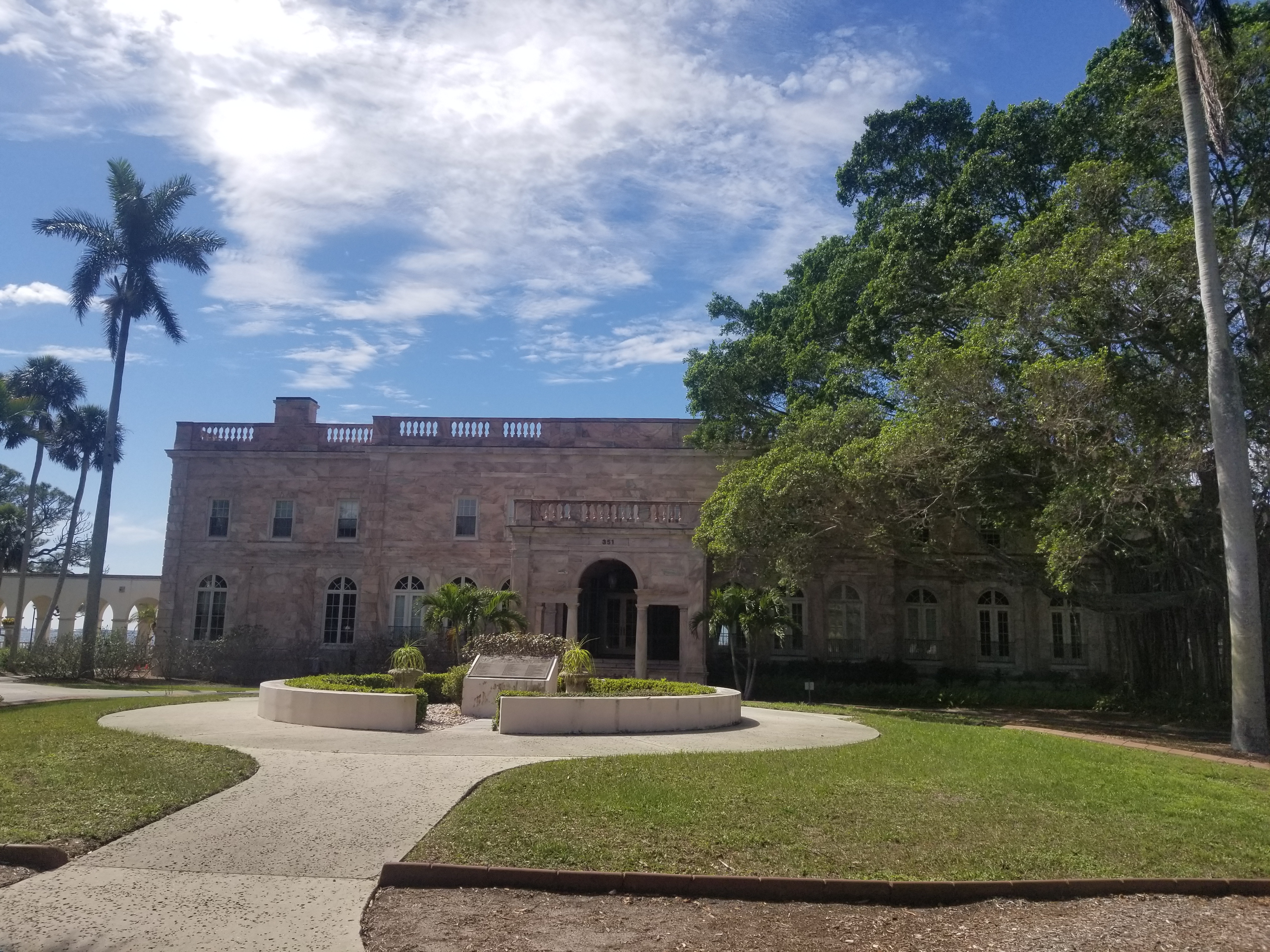 As anyone who has seen the Financial Aid trailer in the lot adjacent to the Sarasota-Bradenton International Airport knows, the Admissions department has taken over Robertson Hall. This is not the only thing new with Admissions. The Catalyst reported in Sept. 2018 that the incoming cohort of 2018 had the smallest class size in eight years. The Admissions department is tasked with increasing that number for future cohorts.

“We decided to move because College Hall, while a beautiful building, was not solely ours,” Joy Hamm, the dean of enrollment management, said.

Information sessions would be interrupted by or cancelled due to events in the Music Room. There was also not a central space to accommodate everyone who works in Admissions. Robertson Hall also provides a central location for the Admissions team. But, as Hamm pointed out, College Hall is more aesthetically pleasing. The pink building, with an extravagant interior suitable for an early 20th century circus magnate, sits right on the Bayfront. Previously, prospective students were welcomed in the presence of looming archways and fine art along a beautiful, winding marble staircase.

“Honestly the only thing I remember from my tour 15 years ago was College Hall, that and a bunch of barefoot hippies (hell yeah),” Spence said in an email interview.

“I really liked College Hall as the center opening place for the new students,” Prince said. “It was just really beautiful to go into, as your first step.”

Instead, College Hall is now the first stop on tours.

According to STAR and thesis student Eleni Spanolios, the convenience is not worth the open environment that was lost.

“Although it is nice that we have the whole Admissions family under one roof, Robertson Hall just isn’t as pretty,” Spanolios said in an email interview. “It feels a lot colder and cramped in the new space. The location of the new information session is staged like a lecture hall, and I think it is awkward, especially when we only have one family visiting. I would love for them to at least put a round table in the information session room.”

While College Hall made awe-inspiring first impressions, it is not New College’s only draw.

“One thing I like to prioritize [on tours] is the academic setting,” Prince said, emphasizing the importance of smaller classroom settings and opportunities to do hands-on research.

According to Admissions Marketing Coordinator Marina Mangie, changes are being implemented on social media to attract new students.

Admissions is currently working with a videographer to create a virtual tour of campus on their website. Hamm said the video will be released this fall.

The Admissions team is not the only one capable of drawing people to New College.

“Satisfied students and alumni are our best marketing tool,” Hamm said. Students going home for breaks can talk to former guidance counselors or friends still in high school about their experiences.

“Another way to help spread awareness is to just rep New College when you go out and do something cool, post photos at the school with #newcollegeofflorida or just something that marks it,” Spanolios said. “We have a really small social media presence and increasing that will help us with visibility.”