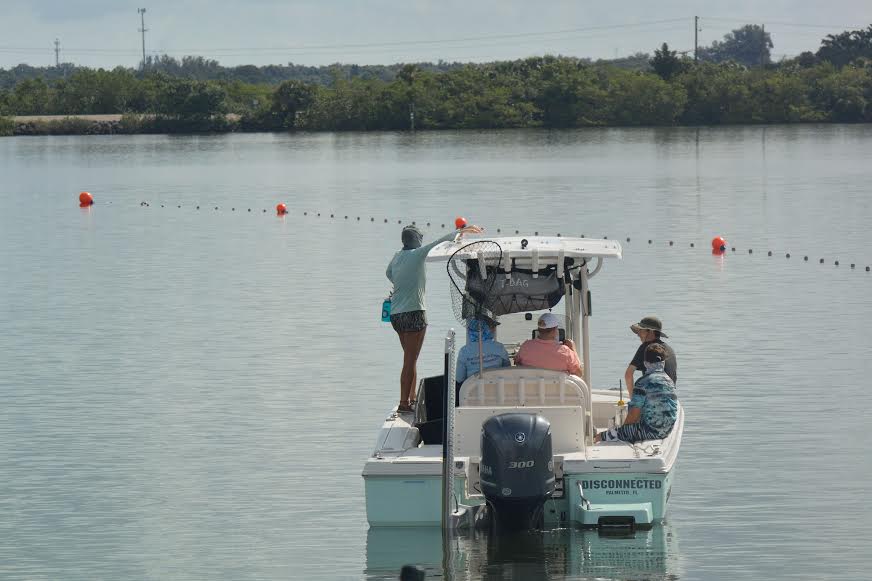 It turns out that shark tagging and the band Queen have something in common: each are thesis research topics for New College’s 2015 cohort. For reasons ranging from limited information on a topic to desire to work outside of the box, students have been innovative when researching material for their thesis projects, and this year’s thesis students are no exception.

“I conducted behavioral and electrophysiology experiments on a species of African clawed frogs for my thesis to analyze mechanisms of vocalization,” Neurobiology area of concentration (AOC) Kelly South said in an email interview. “The behavioral component of my thesis involved recording the mating vocalizations of the males of the species and analyzing them for their spectral and temporal properties of both their advertisement call and approach call, calling to females and approaching females.”

The background work related to South’s thesis was quite limited, allowing her to participate in relatively new research.

“In comparison to all of the other areas of research that the frogs have been used in, I have a very limited amount of studies regarding general vocalizations across the genus and no specific studies about my species have been published,” South said.

Marine Biology AOC Alexa Baldino had to change her thesis topic due to unforeseen circumstances.

“I am observing the effects of red tide on upper trophic level fishes and ecosystem recovery,” Baldino said in an email interview. “This was achieved by taking sub samples [samples drawn from larger samples] of Sarasota Bay by using a gillnet.”

Baldino’s original thesis topic was part of a continuation of a past thesis student’s work and focused on identifying the Sarasota Bay as a nursery for blacktip sharks. However, after the severe outbreak of red tide this past summer there were mass migration and death of marine species, causing Baldino’s plans to change.

“There is very little [information] about red tide’s effects on sharks and rays, or what happens after a red tide event and how long it takes for the ecosystem to return to its original state,” Baldino said. “Especially in Sarasota, which is wild, because red tide happens nearly annually here.”

Baldino’s initial plan to expand on a previous student’s work is not entirely uncommon in the natural sciences as Chemistry AOC, thesis student and Catalyst staff writer, Katrina Carlin mentioned in an email interview.

“Sometimes, in the chemistry department, students can do an Independent Study Project [ISP] that is tied to a thesis student’s work,” Carlin said. “I did [this type of ISP] my second year when Maggie Swerdloff was thesising.”

Meanwhile, Humanities AOC Sofia Eury had to search out of state for her thesis on the popularity and phenomenon of the song “Bohemian Rhapsody.”

At the American Library Association Annual Conference in New Orleans, Eury came across the Rock’s Back Pages, an entire database dedicated to rock music.  Along with documentaries, magazines and news articles, Eury has also tracked down academic journals discussing the song.

“Sometimes it’s like a scavenger hunt throughout internet bibliographies, so the entire process actually remains quite entertaining,” Eury said in an email interview.

Art/Art History AOC Jack Micoli uses art historical research, such as studies on illuminated biblical manuscripts, to contextualize his artistic production. He is currently working on paintings of childhood fantasies that he hopes will convey the concept of nostalgia as a form of individual spirituality.

“For example, I have some kind of deep animal desire to make a twin bed frame out of wood, because I just really want to sleep in a bed that I made,” Micoli said in an email interview.  “My professors have dissuaded me from actually doing it, but the desire is there to be questioned and eventually led me toward more effective art projects.”

Micoli added that thinking too hard about his projects would lead to boring and forced artwork, and that he usually bases his thesis work on random, creative impulses.

“You should never let practicality obscure what you enjoy about your work,” Micoli said. “Let what excites you run wild for a second, then find a way to make it make reasonable, or achievable.”