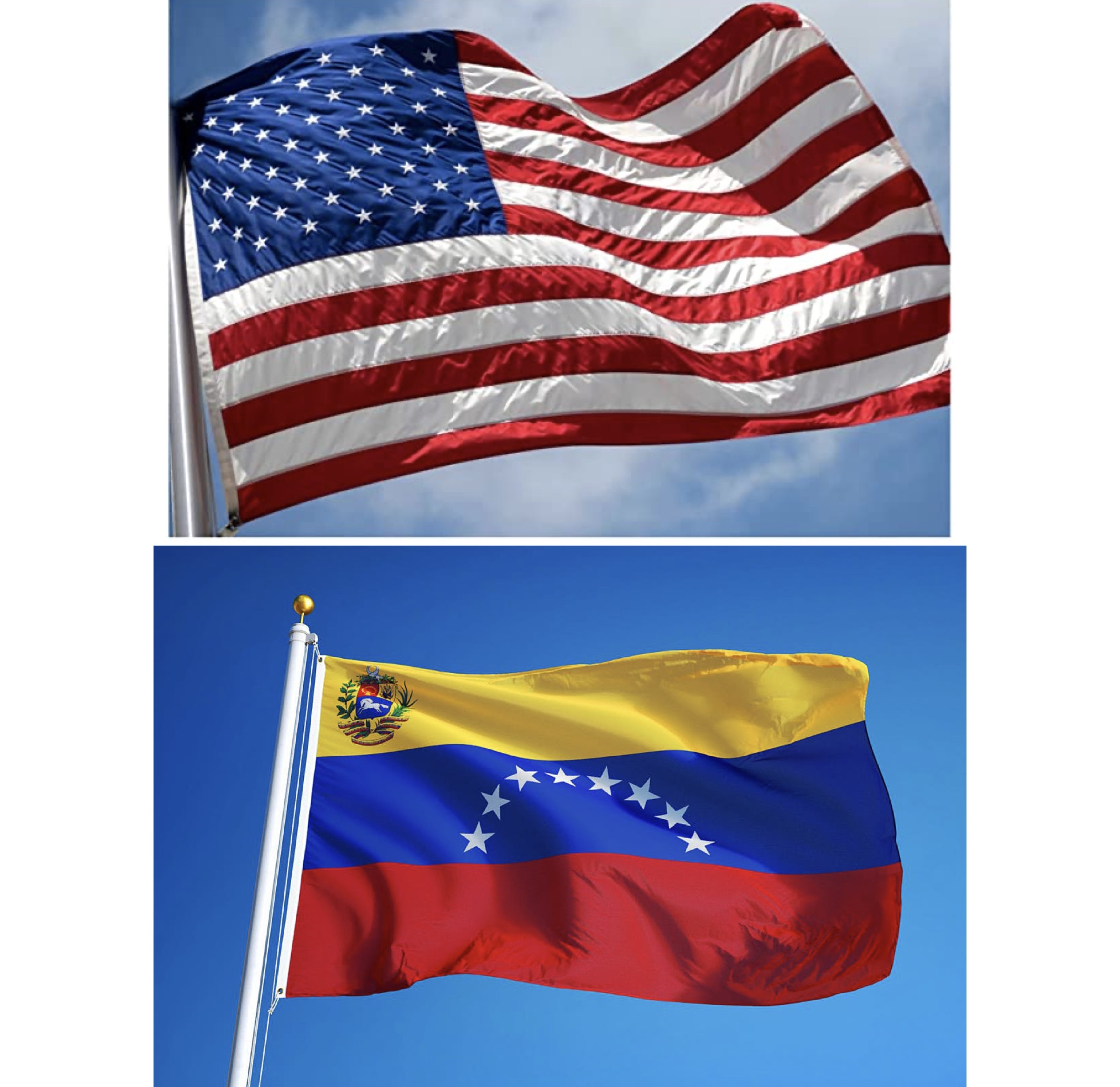 The American and Venezuelan flags together. (Image courtesy of flickr.)

Since Jan 23. 2019, the United States and Venezuela have not had any official diplomatic ties to one another. The two countries have had a tumultuous relationship over the years, especially in the last two decades, making recent commercial negotiations between the two regarding crude oil especially interesting. Rockiness first started with the election of Venezuela’s longtime president in 1999, Hugo Chávez. Upon entering office, Chávez’s criticism of U.S. foreign policy, specifically U.S. relationships with Iraq and Haiti, among others, targeted the then-American president George W. Bush. This criticism made diplomatic relations between the two countries icy.

“Since 2000, the relationship between the two countries has changed because of Chávez’s anti-imperialist views, principally against the United States,” Visiting Assistant Professor of Anthropology and Venezuela native Ana Maria Navas Mendez said. “His decision to side with other global powers such as Cuba, Russia, China and Iran in issues of American intervention only made the diplomatic relationship worse. From a discourse point of view, these relationships entered a rather tense relationship. From a practical and commercial point of view, the relationship was still there and strong, with the U.S. continuing to purchase oil from Venezuela at this time.”

Furthermore, Chávez’s relationship with former Cuban prime minister Fidel Castro and subsequently, Venezuela’s relationship with Cuba, directly opposed the United States’ policy of isolating Cuba. Continuing in this established precedent of opposing U.S. policy, Chávez’s decision to keep Venezuela in the Organization of the Petroleum Exporting Companies (OPEC) caused export prices to rise for American consumers, since Venezuela pushed for lower production ceilings at the time. Despite this, the U.S. continued its commercial connection with Venezuela throughout the years because of the country’s value in maintaining a steady supply of resources for the American economy.

“Following the interventionist stance the United States held towards Venezuela, America has since moved away from that point of view throughout the years,” Navas Mendez continued. “The relationship has been changing, but did maintain a stability of sorts. There were no major disruptions in the commercial relationship until President Nicolás Maduro’s rise to power. That is when the United States rejected Maduro and his government as illegitimate, which brought about a moment of turbulence for the two, including the beginning of U.S.-imposed international sanctions and investigations into Venezuelan government officials.”

Maduro’s ascendance to the presidential position was a crucial moment for ties between the United States and Venezuela, but the relationship was already worsening prior to his presidency. The two countries haven’t had ambassadors in each other’s capitals since 2010. Before Chávez passed away from cancer in 2013, Maduro (then Vice President) expelled two U.S. military attaches from Venezuela, under the grounds that the U.S. was trying to recruit Venezuelan military personnel and therefore attempting to destabilize the country.

In 2019, the U.S. imposed a ban on the importation of Venezuelan oil following Maduro winning reelection in a vote that has come to be accepted as fraudulent. Despite this, the Biden administration has been reaching out to Venezuela following sanctions placed on Russia in the wake of the Ukrainian-Russian conflict. Due to the new ban on importing Russian oil, the United States is missing out on roughly 670,000 barrels of oil a day, a hefty reason that American gas prices have been rising at such an astronomical rate. On Mar. 5, the Biden administration sent a delegation to the Venezuelan capital of Caracas to discuss the idea of bringing Venezuelan crude oil back to the United States.

“I would expect the commercial relationship [between America and Venezuela] to be re-established with a lot more stability because of these talks,” Navas Mendez added. “Ultimately, the diplomatic relationship won’t seem to change. For this change to occur, the U.S. government would have to recognize Maduro’s cabinet as a legitimate government, which seems unlikely. It would be quite contradictory to the U.S.’ diplomatic position as of the last few years.”

Progress between the two countries moving forward has received mixed reactions. Venezuelan political opponents of Maduro, such as Juan Guaidó, have opposed this movement. American politicians, including Democrats like Sen. Bob Menendez (N.J.) and Republicans like Florida governor Ron DeSantis have also voiced their opposition. DeSantis went so far as to hold an event supporting the current American embargo on Venezuelan oil. Despite these objections, Venezuela is seemingly interested in the U.S. lifting its embargo. Following the discussion between the two countries’ delegations on Mar. 5, Venezuela’s government released two imprisoned American citizens, one of whom was a Citgo oil executive.