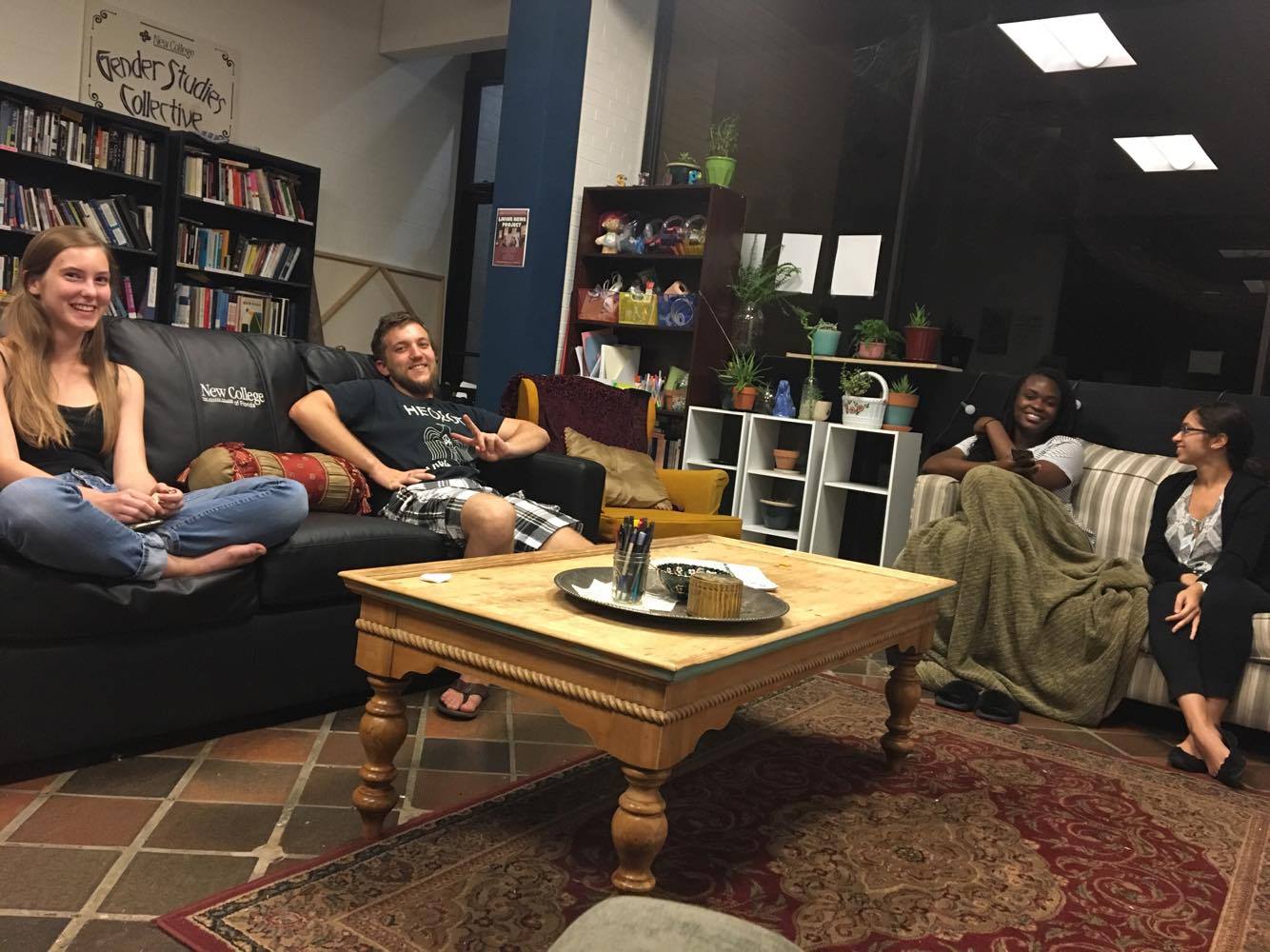 A 2016 report by the Suncoast Partnership to End Homelessness revealed that there are 1,468 people in Manatee and Sarasota counties who are homeless. 497 reside in Manatee County and 971 in Sarasota County. This report disclosed a 207 person increase since the 2015 annual report. The Student Coalition for Combating Homelessness and Poverty (SCCHP) was recently established in response to these numbers and the increase in the houseless population in the counties immediately surrounding campus.

This semester, the SCCHP is partnering with Turning Points—a 501(c)(3) nonprofit organization in Bradenton that works to prevent and aid homelessness in Manatee County—to hold a supply drive on campus. They are collecting baby formula, blankets, diapers, games, toys, jeans, mosquito repellant, books, shoes, socks, toiletries, underwear, workboots and much more. These resources will be donated to Turning Points and used to provide basic need services to community members struggling with homelessness or poverty.

In an email sent to the [forum] advertising the supply drive, second-year Jessie Sinitch reminded students that any donation makes an impact.

“I know that some of you might be discouraged to donate because homelessness is such a large, systemic problem, but really, your donations will go a long way,” Sinitch said in the email.

“At the beginning of the school year I started to volunteer at an organization called Turning Points, a 501(c)(3) nonprofit that provides resources to people who are either homeless or are close to being homeless,” Sinitch said in an email interview. “They provide necessities such as clothing, food, a safe space where people can rest, computers where people can apply for jobs, a showering area and a laundry room.

“When I began volunteering there, the volunteer coordinator told me about supplies that Turning Points is in need of,” Sinitch continued. “She gave me a list of these supplies and asked if I could possibly hold a supply drive for Turning Points at New College. I was very receptive to this and was excited to establish the drive on campus. I then thought to myself that I am only one person with a very limited span of ideas, and if I truly wanted to help construct some change in tackling these large, systemic issues, I think it would be best to start a club where there were multiple people vocalizing the ways in which they feel we could help the community.”

The SCCHP was born. Sinitch originally gauged interest on the student list and [forum] and 30 people reported that they were interested. The coalition has held three meetings thus far, but they were only attended by five or six people at most. Regardless, Sinitch is proud of the coalition and the work they are doing.

“I am extremely grateful for the members of the club; they are so passionate and dedicated to this cause—it is inspiring to work with such earnest people,” she said.

Second-year Michaele Joseph is one of the few committed students in the coalition and is passionate about helping those in need.

“It’s extremely important to combat homelessness and poverty because any one of us could’ve easily fallen into or been born into circumstances that could have led us to being impoverished and/or homeless,” Joseph said in an email interview. “I believe that as humans we are commissioned to help one another, so if we have access to the resources needed to alleviate these problems, we should do everything in our power that is necessary to do so.

“As students we have access to a large pool of individuals, and each person is capable of evoking change,” Joseph continued. “So we should use the influence that we have to educate individuals, spread awareness on the gravity of the issue and decrease the stigmas associated with homelessness.”

Students interested in donating supplies can drop them off in the boxes in Hamilton “Ham” Center near the mailboxes.

Students interested in joining the coalition can stop by the meetings on Wednesdays at 6 p.m. in the Gender and Diversity Center (GDC).