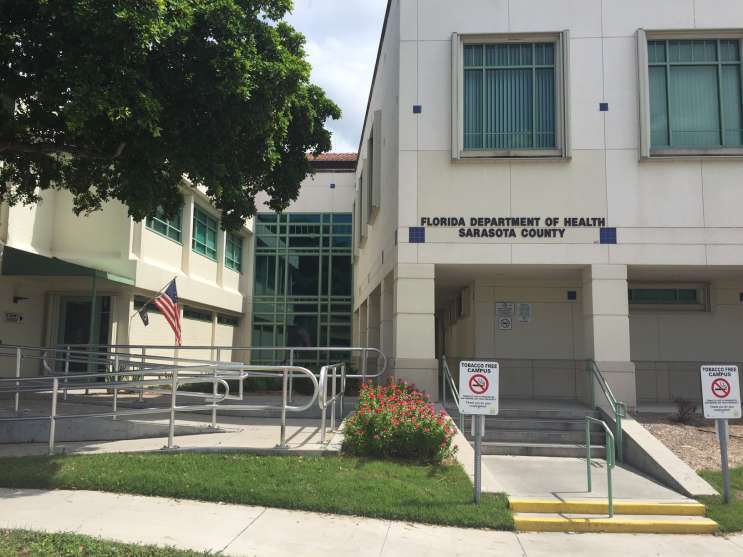 The Florida Department of Health (DOH) Sarasota began free testing for COVID-19 in late March. However, in an evaluation of their testing approach, the community pushed to ensure everyone in Sarasota had access to testing, including Newtown. The concerns of the public, motivated by historical and national inequity in medical care, helped DOH Sarasota increase testing opportunities throughout the county in order for residents to better obtain their services.

Initially, the DOH Sarasota had one drive-thru site at Twin Lakes Park, approximately 12 miles southeast of Newtown, where residents could only be tested if they were screened and qualified to receive a test prior to an appointment. That site operated for 14 days and conducted approximately 950 tests. However, local doctors and community organizations raised the issue of accessibility this location posed, specifically to the residents of the historically Black community, Newtown, where inequity in medical care has affected residents for many years. Organizations such as Amaryllis Park Neighborhood Association, Multicultural Health Institute (MHI) led by Dr. Lisa Merritt and The Newtown Nation Inc., as well as Dr. Washington Hill and other community members, took initiative to combat inequity by contacting the Florida Department of Health to bring testing to Newtown.

This first step stemmed from a larger conversation these groups and leaders had that included a response to data showing that African Americans have been disproportionately affected by COVID-19. According to an article from the Washington Post, counties that are predominately Black have three times the rate of infections and almost six times the rate of deaths compared to counties where the majority of residents are white. In efforts to prevent this pattern from becoming a local reality, the DOH Sarasota enacted a plan that would encompass everyone in the community to have the opportunity to get tested in a more convenient way.

“Newtown is one of several in the community that we know people have traditionally had a harder time accessing care, so that’s one of the reasons why we [reevaluated] community testing: to make COVID-19 testing available to every member of our community, not just the ones that can drive themselves down to Twin Lakes Park,” G. Steve Huard, Public Information Officer of the DOH Sarasota, said.

The Robert L. Taylor Community Complex became the second location on April 17 that made testing available for those in Newtown and the general North Sarasota area. As the DOH Sarasota continues to operate drive-thru testing sites, they plan to coordinate three different locations per week to bring free testing to healthcare workers and people with symptoms. Those who fall into these categories can call the DOH Sarasota to see if they qualify and schedule an appointment. As of now, the RL Taylor Community Complex operates once a week along as the other locations, from 8:00 a.m. to noon.

“Placing a testing center in a community, be it Newtown, Venice, Nokomis or Northport, brings testing closer to the people who need it so that we can accommodate as many people as we can,” Hurad said.

Furthermore, a COVID-19 state-run testing site was recently established at the RL Taylor Community Complex through a partnership with the Florida Department of Health, Florida Division of Emergency Management, Florida National Guard, Sarasota County and the City of Sarasota. This site, which opened May 17 and will operate for 14 days, is not drive-thru and is providing free testing to the public regardless of appointments, prescriptions, symptoms or residency. Individuals can walk-in any day within the consecutive days that it is open from 9:00 a.m. to 6:00 p.m. or until capacity of 200 tests per day is reached.

“We finally got a health clinic here in Newtown, a nicely new built health clinic, but we didn’t always have that opportunity and we’ve been asking for it for years and years,” Valerie Buchand, a representative from The Newtown Nation Inc., recalled.

There are other cases where the well-being of Newtown residents was not as prioritized by the county. According to Buchand, who is also a long-time community activist, when the RL Taylor Community Complex was first under construction, Sarasota County did not contribute the amount of funding that they agreed to give for its creation. In addition, after its establishment, the City of Sarasota and Sarasota County had a dispute over the correct amount of funding the county needed to give for the 2016-2017 budget, which caused the city to send a letter to the county stating the amount they needed to give for that year. Another instance is the road construction currently in Newtown, funding for which has been requested multiple times.

“So everything that we get we have to fight for, it’s a struggle: the Robert L. Taylor, the clinic, getting our roads done, and only if another entity is coming in here doing something then we see work being done,” Buchand said.

Now that testing is being provided with easier access for Newtown residents, however, Buchand values its importance and is grateful for it.

“They’re doing more and more testing now that they have started,” Buchand said. “Testing probably should have started in late March, but now that it’s here I’m grateful and it’s going to bring relief to our citizens in Newtown.”

Although state and local health departments around the country have said that they do not have enough testing capacity, Hurad from the DOH Sarasota said that help from the private sector and the state has helped Sarasota County test more people.

“Currently we are seeing more testing becoming available in the community from private medical providers through commercial labs; additionally, the state continues to increase testing for the counties,” Hurad said.

Although the DOH Sarasota stated there are no current shortages for the populations being tested, a lack of tests is likely to occur if everyone is tested. Dr. Washington Hill, a local senior physician who specializes in high-risk obstetrical care and participates in various community conferences, states that in order to understand how widespread and prevalent this disease is in certain populations, everyone needs to be tested.

In the examination of data showing that COVID-19 disproportionally affects black populations, Hill states that the reasons for this are complex due to the disparities among testing, access to care and comorbidities. These are factors within the social determinants of health that researchers are continuing to investigate.

Hill says these will take time to address and notes that results will happen generationally. If testing is limited to healthcare workers and those who have symptoms, then information about the virus will also be limited. The DOH Sarasota initially scheduled 30 tests at the RL Taylor Community Complex and increased the number to 50 the following week, but as the number of confirmed COVID-19 cases rise, the DOH will work to increase the amount of available tests. As of 2019, Sarasota County had 426,275 residents and over 20,000 people who live in zip code 34234, which encompasses Newtown and the testing location.

Currently, there are a number of ways to get tested: be admitted to the hospital for COVID-19 treatment, get tested inside an emergency room if the doctor deems it necessary, pay for a test at a local urgent care center, be referred to a lab by a physician, go to the walk-in site at the RL Taylor Community Complex, call the DOH Sarasota or schedule an appointment at a drive-thru site.

Thinking about the next step, Hill believes that more testing is vital and a follow-up of contacts is just as important. The follow-up procedure consists of someone from DOH who reaches out to people that tested positive to see who else might be at risk, however, confidentiality is kept.

“Those two things are very important from an epidemiological status, because if you don’t find those people, they’re going to go about spreading the disease because no one told them that they were in contact with someone who tested positive,” Hill said.

In relation to Hill’s medical specialty, early research has found that pregnant women are not more susceptible to COVID-19. They can still be affected but don’t do any worse than the general population.

“Women who are pregnant have a lower immune system and we’ve known that for years, so with that in mind we thought that perhaps pregnant women would be at a higher risk, but that has not been shown to be a fact to date [as of April],” Hill said.

As more testing becomes vital, so does safety. There are multiple organizations in Sarasota that provide aid to vulnerable populations through means such as checking on the elderly along with supplying food and masks. To strive for the well being of everyone is a collaborative process and Buchand is working to partner with Amaryllis Park Neighborhood Association to provide relief to the senior citizens of Newtown. An initiative called “I’m Okay” is under development which will include anyone that wants to assist the older population of Newtown through a weekly phone call to make sure that their needs are being met.

The DOH Sarasota keeps their website updated with the locations and dates of when drive-thru testing will be offered. For those that would like to be a part of the “I’m Okay” project, they can contact Buchand (vbuchand@gmail.com) for more details.