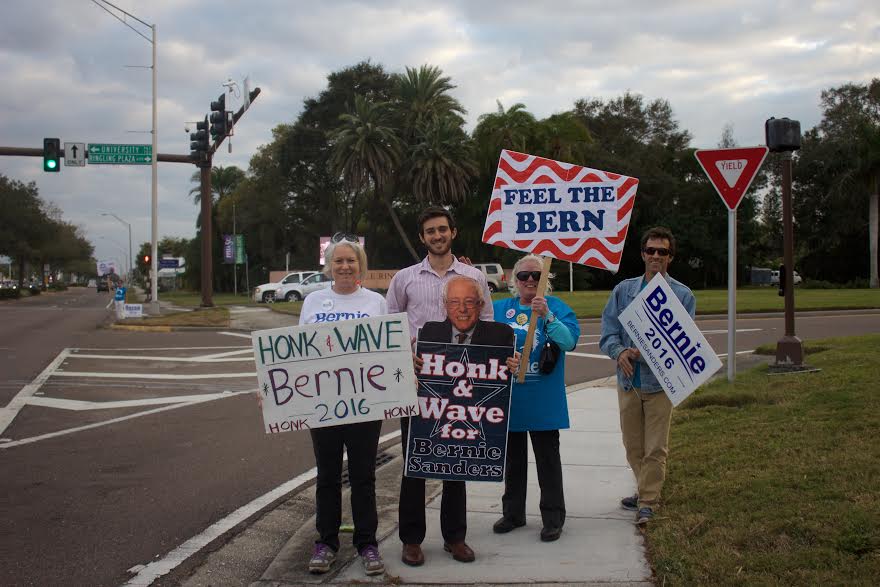 It is impossible to escape the political excess that is the presidential primary season. Despite some insight recent debates and primaries may provide, the question remains as to who will become the next president of the United States.

On Feb. 1, Iowa embarked on what some consider the laziest form of American politics: the Iowa Caucus. Iowa is one of 10 states that still partake in this archaic method that was once very common practice in the United States. Often held in schools, churches and sometimes homes, party members meet and discuss the candidates. Occasionally representatives of a particular candidate make an appearance to propose a final pitch. Once everyone comes to a consensus, voting is done by either raising hands or separating into groups, and is closed to members of each party.

This year, Hillary Clinton was named victorious over Bernie Sanders after what appeared to be a “virtual tie” according to Sanders. And he was right. Because Iowa does not practice direct democracy, a grand vote tally was not kept. The tie was fought over by each of the precincts’ share of county-convention delegates. Clinton won by the skin of her teeth as several precincts had ties and disputed counts, which were coined “orphaned” delegates, and was thus decided by a coin flip – six of them, to be precise.  The county delegate count then gets recalculated as the state delegate equivalent tally, and is released for news outlets to publish. On Feb. 2, the final tally was released. Clinton won 700 to Sanders’ 695 votes, allowing her to win Iowa by 0.4 percent.

Iowa was a decent win for Clinton, and not necessarily a devastating blow for Sanders either. Sanders’ campaign strategy was created tactically by winning the first two primaries, and steadily gaining delegates on his way to what he hopes will be the Democratic National Convention. Did Sanders win the Iowa Caucus? No. But his virtual tie does prove there is some steam behind what his supporters are calling a “political revolution.” Whether it is enough to conquer the powerhouse that is Clinton remains to be seen.

At the caucus, evidence showed an undeniable age gap among voters: those who were younger than 45 were most likely voting for Sanders, whereas those older than 45 showed support for Clinton. Furthermore, Sanders won the support of 84 percent of voters under 30, and Clinton won 69 percent of voters over 65. Sanders lost votes among those who were voting for a single issue such as healthcare, terrorism and the economy. However, he won the support of those who prioritized income inequality by a 61-34 win. To sum up the attitudes of the Democrats at the Iowa caucus, those in support of Clinton tend to value the experience she brings to the table, whereas Sanders supporters see him as an honest and trustworthy candidate.

On the Republican front, Ted Cruz won 27.7 percent to 24.3 percent against Donald Trump at the Iowa caucus. Backed by what could arguably be the best campaign on the GOP side and lots of investments, Cruz won over the hearts of Iowa’s most conservative voters, which make up 40 percent of the country’s electorate. Of these voters, 62 percent are self-proclaimed white, born-again Christians. Conversely, Trump won 67-11 votes for those who said immigration policies are their primary issue, and because of course, “he tells it like it is.”

For Cruz, this was a big win indeed. But, many are saying this win is not indicative of a President Cruz, or much less the Republican nominee simply because of the past presidential hopefuls including Mike Huckabee and Rick Santorum who have previously won Iowa.

“I don’t believe the Iowa caucus was indicative of Cruz becoming the GOP nominee,” third-year Paige Pellaton said. “Iowa was a great state for Cruz. It’s a GOP demographic that’s predominantly White and Evangelical, which is right up Cruz’s alley.”

On the other hand, the loss barely damaged Trump as he continues to gain support.

Although coming in third for the caucus, Marco Rubio tied Trump with seven national convention delegates. Though it looks like it will be a tough competition for Rubio, he still remains the top choice among voters who are looking for experience, electability and economic stewardship.

Unlike the Iowa caucus outcome, the New Hampshire primary had a different story to tell. On Feb. 9, Trump and Sanders came out on top for both of their respective parties with Trump receiving 35 percent of the vote and Sanders approaching 60 percent. Trumps win in New Hampshire is the largest the state has seen since its primary in 2000, as he gained the support of not only Republican voters, but independent voters as well.

Sanders’ landslide of a win was a disappointment for Clinton and her campaign that were counting on greater support from women.

“I think it’s important to look at the demographics of women that are supporting Sanders versus Clinton,” Pellaton said. “Politics has a tendency to treat women monolithically. Sanders is attracting younger women voters, whereas Clinton has growing support among older women. The age difference in supporters, I believe, has everything to do with differences in second and third wave feminism.”

It appears Clinton can no longer rely on women voters to propel her into office meaning Clinton must try to attract a large number of minority voters as the Nevada and South Carolina primaries inch closer. A win for Sanders in Nevada would undoubtedly create uncertainty for whether Clinton will get the nod as the Democratic nominee.

“There’s also something to be said about how Sanders has a strong grassroots campaign at the university-level whereas Clinton’s state-level organizations have been targeting more traditional community groups,” Pellaton said. “Younger voters tend to be more liberal and more idealistic than their older counterparts, which I think translates into varying support for Sanders and Clinton.”

Speculation about whether Sanders can snag the nomination seems to rely heavily on the voter turnout of millennials, which have become the largest living generation, surpassing baby boomers. In a Rock the Vote survey, 60 percent of millennials who are registered to vote said they planned to vote in November, and 30 to 40 percent plan to vote in the Republican and Democratic primaries.

Millennials and the primaries

However, millennials appear to be taking this year’s elections more seriously as they begin to worry about employer-sponsored healthcare, which has been steadily declining since 2000. Furthermore, lack of jobs and looming debt after graduation are issues that have millennials thinking twice about the elections.

“Millennials tend to be democratic more than conservative which means that in the short term I see the primaries being significantly impacted by the millennials,” second-year Brendan Legal said. “Millennials participate in polls and surveys more, especially those done online, which artificially inflates polls toward younger targeting candidates like Bernie Sanders for instance. Candidate Sanders has a significant hold on Millennial voters which reflects how Candidate Sanders is holding firm against what many predicted should be an easy win for Candidate Clinton.“

Last year, Higher Education Research Institute polled 141,184 of the country’s full-time first-year students at four-year universities. The survey discovered this class of first-years is more politically geared than previously. In the survey, nine percent said they would protest on campus, which is a three percent increase from 2014 and the highest in this survey’s history. Additionally, 60 percent indicated that they planned to participate in an election while in college, which is a 10 percent increase since 2014.

The increased interest in politics has unsurprisingly led to a surge in volunteerism and commitment, officially debunking the idea that this generation is filled with the self-absorbed and detached. In fact, Sanders attributes his success to counties he has visited with large student populations.

“People like backing the winning horse, which seems like an odd thing to mention but polls are a type of self fulfilling prophecy which generates campaign donations and support that we clearly see allows candidate Sanders to contend with candidate Clinton,” Legal said. “In the long term, millennials are unfortunately very bad at one thing; voter turnout. I believe that in the long term voter turnout will be smaller than expected and thus millennials will artificially raise a candidate who they’d vote for only to not see it through to the end.”

Granted a third of first-year students viewed themselves as liberal (the highest percentage since 1973), and only a fifth consider themselves to be conservative, Sanders might have a top secret weapon that has yet to be unleashed.