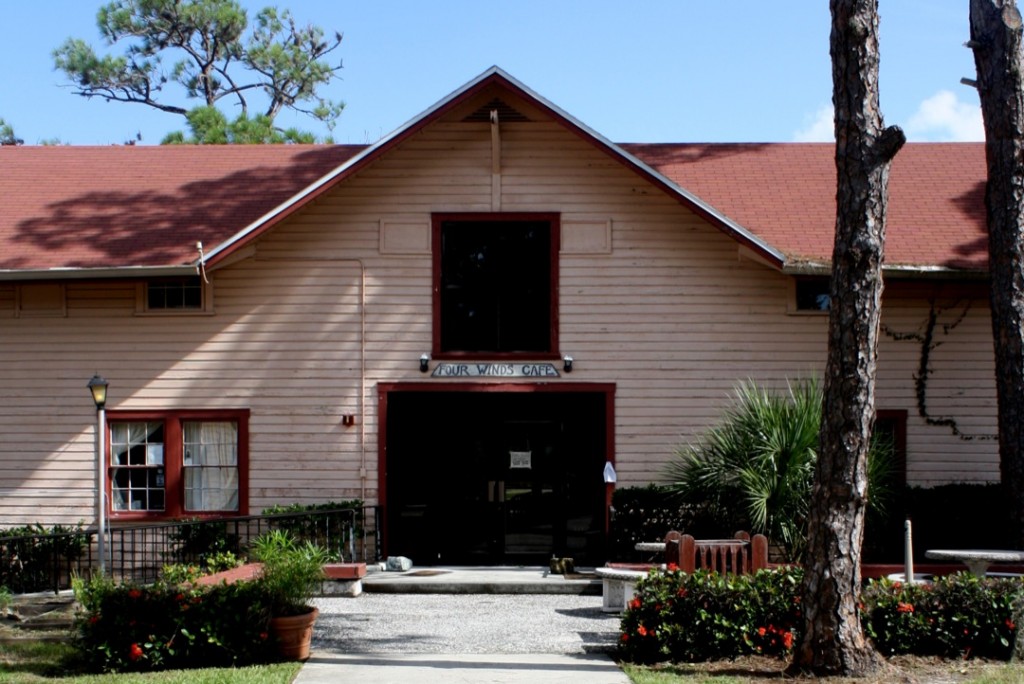 Coffee addicts everywhere trembled in anticipation while they eagerly awaited the reopening of the Four Winds Café yesterday—a café run by the students for the students where caffeine crazed Novocollegians will be able to quench their caffeine deprived brains once again.

The Four Winds café was created by a group of anthropology students as an Independent Study Project in 1996 around the concept of a campus coffee house—they had transformed a build- ing that had been everything from an old horse barn, a boys dorm and the psychology office, to what they hoped would become the heart of the campus community.

What separates the Four Winds from other campus cafés, though, is that it is entirely student run—even through its development in 1996 students were the creators, the cooks and the managers. The existence of the Four Winds depend- ed on the students who ran it, despite the fact that it does not function alone and has the benefit of being immersed in a bigger institution that also wishes to see it succeed.

“There is a huge community of people surrounding this establishment already,” alum Hannah Brown (‘06) and this year’s manager said. “The people who come here, work here—professors, students, tons of people love the Four Winds and put a lot of energy into it.”

Each year a new manager is appointed who staffs and runs the café. Brown, like all managers before her, in- tends to uphold the traditions of Four Winds by balancing a focus on commu- nity and healthy food choices.

“The things I want to emphasize are bringing in the community, welcom- ing the underclassmen, consolidating systems and making it a student venue,” she said. As a café, Four Winds serves a variety of options, but all are vegetarian, fresh and local.

“We make pretty much everything from scratch and keep it local,” Brown said. The Four Winds serves a variety of bagels, burritos, salads, sandwiches and

wraps for entrees, along with a large assortment of coffee and smoothie drinks. Even for the most voracious of meat eat- ers Four Winds has something to offer— whether it is various seasonal items or the weather that dictates preference, Four Winds can cater to all.

One of the other services offered by the Four Winds is an outlet for creativ- ity. With art decorating the walls, movie nights and regular music events like con- certs, and open mic. The events encour- age people to test their ingenuity and make their talent and skills public for all to enjoy. From professors and faculty to students and alumni—she wants to see new bonds form. “It is really like a community center—it is a symbol for coming together at New College,” Brown explained. “I would love to get more community members in somehow, [with] not just students, or people who have been coming here for years. I would like to see the community interact with each other and this to be the hub of that interaction.”

This year poses a new challenge for the Four Winds though, as it is opening another restaurant on campus with the in the new Academic Center, a project on which Brown is also diligently work- ing. From managing one business and helping to construct a second, Brown has a lot on her plate. The new place will be slightly different from Four Winds as it will not be strictly vegetarian and will serve different dishes, but there is to be no competition between the two loca- tions.

Brown said that this new café was an extension of Four Winds and would still buy food locally. “I am basically having to go to business school right now in my spare time,” Brown said.

“The atmosphere is to remain the same no matter where a student eats,” she assured. “I want this to be a sacred space, where people can just come in and relax, do whatever they want, have a respite from their busy stressful lives, be taken care of and be happy. It is just about creating an environment filled with those good feelings. I want it to be a good way to see what New College is really all about.”