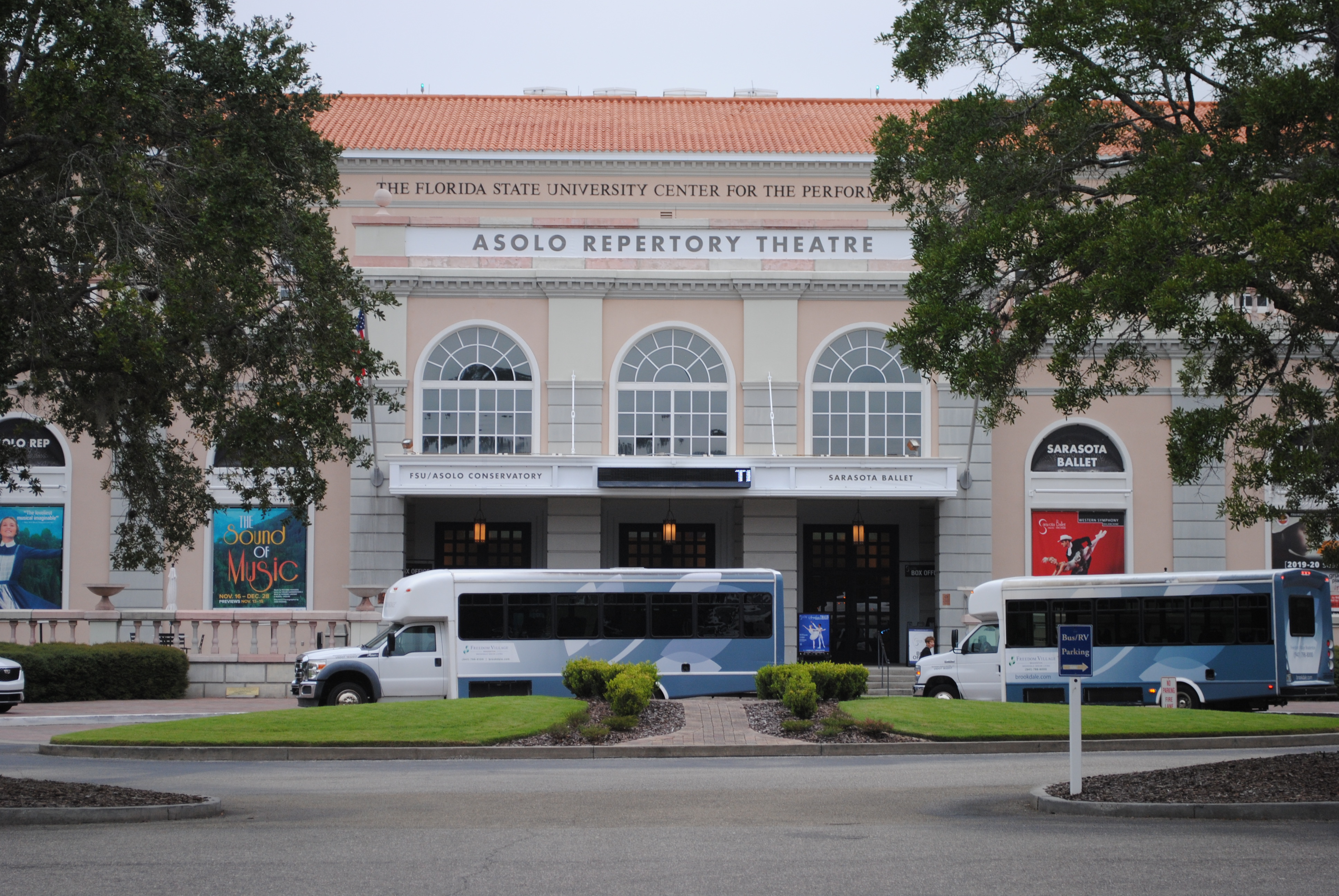 Sarasota has a considerably large artistic presence, with the Ringling Museum of Art, Ringling College of Art and Design, the Sarasota Ballet and multiple theaters clustered around Tamiami Trail. These theaters stand apart because there are so many of them in a relatively small area. Among the most historically interesting of these are the Sarasota Opera House, the Van Wezel Performing Arts Hall and the Asolo Repertory Theater.

Located downtown, the Sarasota Opera House has roots that go as far back as 1926, when the A. B. Edwards theater was unveiled. Born in 1874, Arthur Britton Edwards was a Sarasota native who had a passion for business management from a young age. In 1903, he established Sarasota’s first real estate office and became the mayor that same year.  In the early 1920s, Edwards commissioned Jacksonville architect Roy A. Benjamin to build the opera house to draw tourists to Sarasota.

According to the Opera House’s official website, when the theater was unveiled in 1926, “The Sarasota Herald Tribune hailed Edwards for ‘having admitted Sarasota into a fairyland of costly decoration, rich furnishings and never to be forgotten artistry.’”

The theater came with a pipe organ, which was soon severely damaged in a 1928 hurricane.  Due to wear and tear from decades of operation, the theater closed from 1973 until 2007 when it underwent renovations.

“The interior of the auditorium was gutted to allow the digging of a new larger orchestra pit and a regrading of the orchestra section floor to improve sightlines,” the Opera House’s website elaborates on the renovations.  “New seats and historically appropriate decorations enhance the theater space. The backstage facilities were updated, and the orchestra fitted with a hydraulic lift. The lobby features a restored three-story atrium as well as additional restrooms, lounges, and other audience amenities.”

In 2008, the Opera House finally reopened to the public.

The Van Wezel Performing Arts Hall was built in 1968 with funding from philanthropists Lewis and Eugenia Van Wezel.  After its opening, the theater received attention for being the only purple seashell-shaped theater in the world. The theater’s architect, William Wesley Peters, was the son-in-law of renowned architect Frank Lloyd Wright, who was famous for his work on Falling Water and the Guggenheim Museum.  Peters drew from Wright’s architectural philosophies in the construction of the Van Wezel. This became evident to architect Anthony Puttnam when he was given the job of renovating the theater in 2001.

“[The Van Wezel] was designed based on the relationship to nature and with the site; the roof based on a seashell, opening the building to views of Sarasota Bay, the dramatic interior spaces, and use of humble materials to achieve an unexpected richness,” Puttnam said on the Van Wezel’s official website. “They all add up to a ‘celebration of circumstance,’ as Frank Lloyd Wright said of other designs.”

The surrounding area played a large role in the design of the building, from the shape to the bright purple color.

“Even the bold color evokes the seashell theme,” the Van Wezel’s website said. “It was chosen by Wright’s widow Olgivanna, based on a seashell she found near the Sea of Japan. That seashell now is on display in the Van Wezel lobby.”

The Asolo Repertory Theater started as an annual summer acting program started by faculty of Florida State University in 1960.  It then became a year-round acting program that partnered with the Ringling Museum. In 1989, the acting company expanded beyond the bounds of the Ringling Museum and decided to construct a new building that could accommodate them.  The name ‘Asolo’ comes from the Italian town of the same name. The Dunfermline Opera House, an 18th-century theater in Scotland, was purchased and deconstructed in order to be shipped to Sarasota. It was then reassembled into the Mertz Theatre, named for benefactors Harold E. and Esther M. Mertz.

The theater has seen famous broadway names, such as actor Jeremy Jordan, who starred in the Asolo’s production of the show Bonnie & Clyde in 2010.  Jordan has gone on to star in numerous Broadway shows, playing Jack Kelly in Newsies and Dr. Jim Potmatter in Waitress.  Jordan starred opposite Anna Kendrick in the 2014 film The Last Five Years, an adaptation of a Jason Robert Brown musical.

The close proximity of the Asolo theater to New College allows for student interaction.  Many students work there during the academic year, including third-year Caroline Newberg.  Newberg has worked in the box office at the Asolo since Oct. 2017.

“The theater is pretty old, and that affects more of what we do than you’d think,” Newberg said. “There’s a lot of history behind the theater, including rumors of ghosts, that make it a very interesting place to work.”