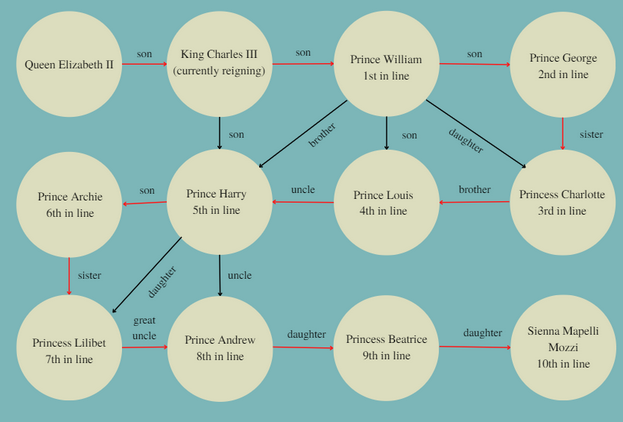 On Sept. 8, Buckingham Palace announced to a mournful crowd that Her Majesty Queen Elizabeth II passed away after 70 years of ruling. Her death occurred just two days after the election of new Prime Minister Liz Truss. With several major changes occurring in rapid succession, what’s next for Great Britain?

Born in 1926, Elizabeth took the throne after the death of her father King George VI in 1953 at the age of 27. She had been married to her late husband and third cousin, Prince Phillip, for 74 years before his death in 2021. The late Queen was succeeded by her oldest son, Charles III.

However, as many gather in front of Windsor castle and other royal sites to mourn Queen Elizabeth II, many others raise concerns over the British monarchy’s role in colonization across the world, including dozens of countries in South Asia, the Caribbean, Africa and northern Europe. British colonial rule paved the way for exploitation, slavery, poverty, abuse and cultural erasure in dozens of countries.

Queen Elizabeth never issued a formal apology on behalf of Great Britain for the horrors of colonialism, leaving inhabitants and descendants of affected countries experiencing a wide range of feelings about the Queen’s legacy. In fact, several countries—such as Barbados, Antigua and Jamaica—are seeking reparations for the multitude of crimes against humanity inflicted upon them by British imperialism. In fact, as Charles III takes the throne, historians estimate that calls for accountability against the British monarchy may strongly resurface.

73-year-old Prince Charles was crowned King Charles III on Sept. 10, making his second wife Camilla Queen Consort. Next in line for the throne is Charles’s oldest son, Prince William, followed by his three children: Prince George, Princess Charlotte and Prince Louis—followed by Charles’s younger son Prince Harry and his two children, Prince Archie and Princess Lilibet, then leading back around to the Queen’s younger son, Prince Andrew, followed by his two daughters. Prince William and Princess Kate also adopted Charles and Camilla’s former titles as Duke and Duchess of Cornwall as well as their original positions of Prince and Princess.

To officially be considered a part of the line of succession, a person must be a descendant of Princess Sophia and a Protestant, regardless of whether or not they embrace their title or royal life. This is why Prince Harry and Prince Andrew are still in line for the throne despite publicly renouncing their connections with royal life.

Charles III isn’t the only new British leader to come to power in the last week. Liz Truss was established as Prime Minister on Sept. 6 with a platform of lowering the rising energy prices triggered by Russia’s attacks on Ukraine. Truss is the leader of the UK Conservative Party, and faced criticism from folks on both sides of the isle for allegedly not offering solid steps for her energy price reduction plan. She replaced Boris Johnson, who resigned in July after several members of the UK Conservative Party publicly voiced a lack of confidence in his leadership.

Despite the several political changes occurring in England, the country entered a mourning period that began on Sept. 8 and ended on Sept. 19, when the Queen’s funeral commenced. The mourning period included several royal gun salutes, the moving of her coffin to several different locations across the UK so that mourners can pay their respects, including a 24-hour visitation in London that took place on Sept. 14. Schools and businesses were closed on Sept. 19 in observance of her funeral, which has been named a public holiday as an expensive and lengthy funeral procession will take place in London. This decision has had far-reaching consequences as even medical appointments and surgeries scheduled for Sept. 19 were canceled or postponed, leaving British citizens without medical care. This occurs in the midst of a cost of living crisis, exacerbating the stress that lower income Brits are already feeling.

As England moves forward with a new royal figurehead and prime minister, a shift in politics could await the country as well as the many countries once impacted by British colonial rule.