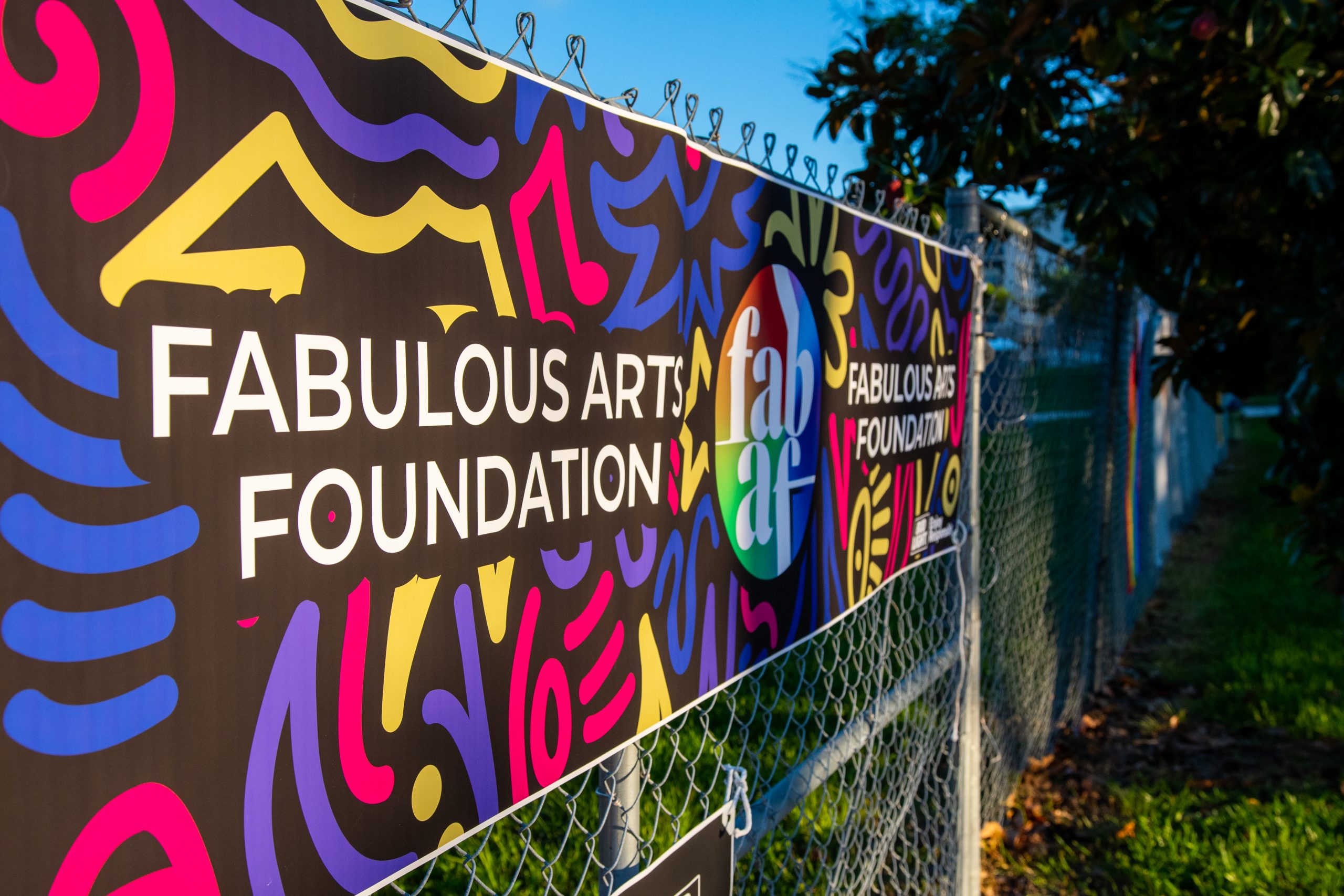 The PRIDE! Be Fabulous festival offers students a break from the stresses of finals with the opportunity to engage with local queer artists and musicians. Photo courtesy of Shannon Fortner.

The PRIDE! Be Fabulous festival is an annual arts event meant to amplify the voices of queer artists, especially locally to the Sarasota area. The event will take place on May 12 through 14 throughout the Boulevard of The Arts. Previously known as the Harvey Milk Festival, Be Fabulous is a spectacular three-day event hosting a myriad of art, performance and music from queer artists.

Director of the event and founder of the Fabulous Art Foundation (FABAF) Shannon Fortner discussed with the Catalyst the event’s origins and what this year’s event will look like.

“The goal [of the event] is to amplify queer and trans artists and give them a platform for visibility,” Fortner explained, and that FABAF’s philosophy is that “the arts are a catalyst for change, for social and political change.”

“Events like ours are more crucial for folks to come out and kind of hold space from one another,” Fortner expressed. “Like I said, mostly just amplifying, because I feel like a lot of times, we don’t really get that chance to feel like we have a platform to stand on. So that’s been the whole mission around Harvey Milk festival moving into a Fabulous Arts Foundation, is to have a platform and a space where our community can come together and feel lifted.”

This year’s event will be harkening back to the roots of the Harvey Milk Festival.

“We’re going back to where we started 12 years ago,” Fortner  said. “We’re literally a block from the sandy lot that we started the festival and for the first two years before we moved to Five Points Park”

PRIDE! Be Fabulous, and FABAF, began 12 years ago as a grassroots rally by Fortner. They recalled being at the Equality March in DC and hearing LGBT rights activist Cleve Jones speaking, and encouraging those in attendance to “Go home, organize, organize, organize.”

“I went home and put together the Equal Civil Rights rally,” Fortner explained. “And it was a little protest, I reached out to all the organizations that had anything to do with queer and trans.”

“I remember I reached out to Queery at New College and went to Ringling and had pizza with a bunch of like, burned trans kids,” Fortner said. “And just got people excited. We had this rally on 41. And it just kind of, I don’t know, and was really inspiring. We marched through downtown and just got more support than we thought we were gonna get, honestly, because this is in 2009.”

The next year, Arnold Schwarzenegger announced Harvey Milk Day, and as Fortner shares a birthday with Milk, it felt fitting to honor him.

“I am a musician, and it was an opportunity for me to combine my activism and my music world,” Fortner said, further explaining that art has been a huge part of the festival since the beginning.

In the past few years, while still wanting to honor the memory of Harvey Milk, Fortner and their team decided to change the name of the organization to FABAF—as their future goals revolve around creating a physical, year-round queer performing arts space.

This year’s event will be on the main Boulevard of The Arts, and Fortner expressed that they are “excited to kind of get in there and activate the space with some queer and trans folks.”

Fortner also explained the schedule of the three-day festival.

“We have our opening night, which is specifically focused around the recent harmful bill that was just signed in,” Fortner said, referring to the “Don’t Say Gay” bill. “And the title for the exhibition is ‘Just Say Gay and Trans.’”

All art featured is created by queer and trans artists from Florida, including fiber artist Grace Korely, self-taught artist Jade Griffin and sculpture artist Todd Belmont. Additionally, there are two Sarasota local artists, Kat Stanek and Hector Esteban. The exhibit will be held at DreamLarge on Central Ave. on May 12 at 6 p.m. and entrance is free.

Additionally, Fortner shared that they “have two trans artists that are outside, creating this opportunity for the community to speak out in response to the harmful bill.”

That outdoor mural is planned to be a collaborative installation that anyone throughout the event can add to by picking up provided paintbrushes and expressing their feelings—giving everyone a chance to make their voices heard through art.

“The second night, we have partnered up with the Player’s Studio” Fortner said. “We have Jess Pope and Amber McNew, who are amazing queer artists, and this will be their second performance ever.”

The performance will be a transformative dance experience inspired by Pagan Babies, a 1970s play. In addition to Pope and McNew, Gabriele Keusch, a radical Doula and Poet, will also be performing. The performances take place on May 13 at 7 p.m. at the Player Studio.

The last day of PRIDE! Be Fabulous is a free-to-attend music festival, hosting music artists both locally and nationally, with headliners Jax Anderson from Detroit and trans queer pop artist SuperKnova from Chicago.

There are several Florida local bands playing as well, including SRQ local artists Gracie Cespedes and MeteorEYES, which is actually Fortner’s own band.

The show will be from 2 p.m. to 11 p.m. on May 14 at the intersection of Central Ave. and Boulevard of The Arts in the Rosemary District.

Fortner expressed that in the future of FABAF, they would like to create a physical performing arts and creative center for queer artist to convene year round. Regardless, in the present moment, Fortner and the rest of the team at FABAF have created a unique festival that allows Sarasota-Manatee LGBTQ+ community members to feel seen.