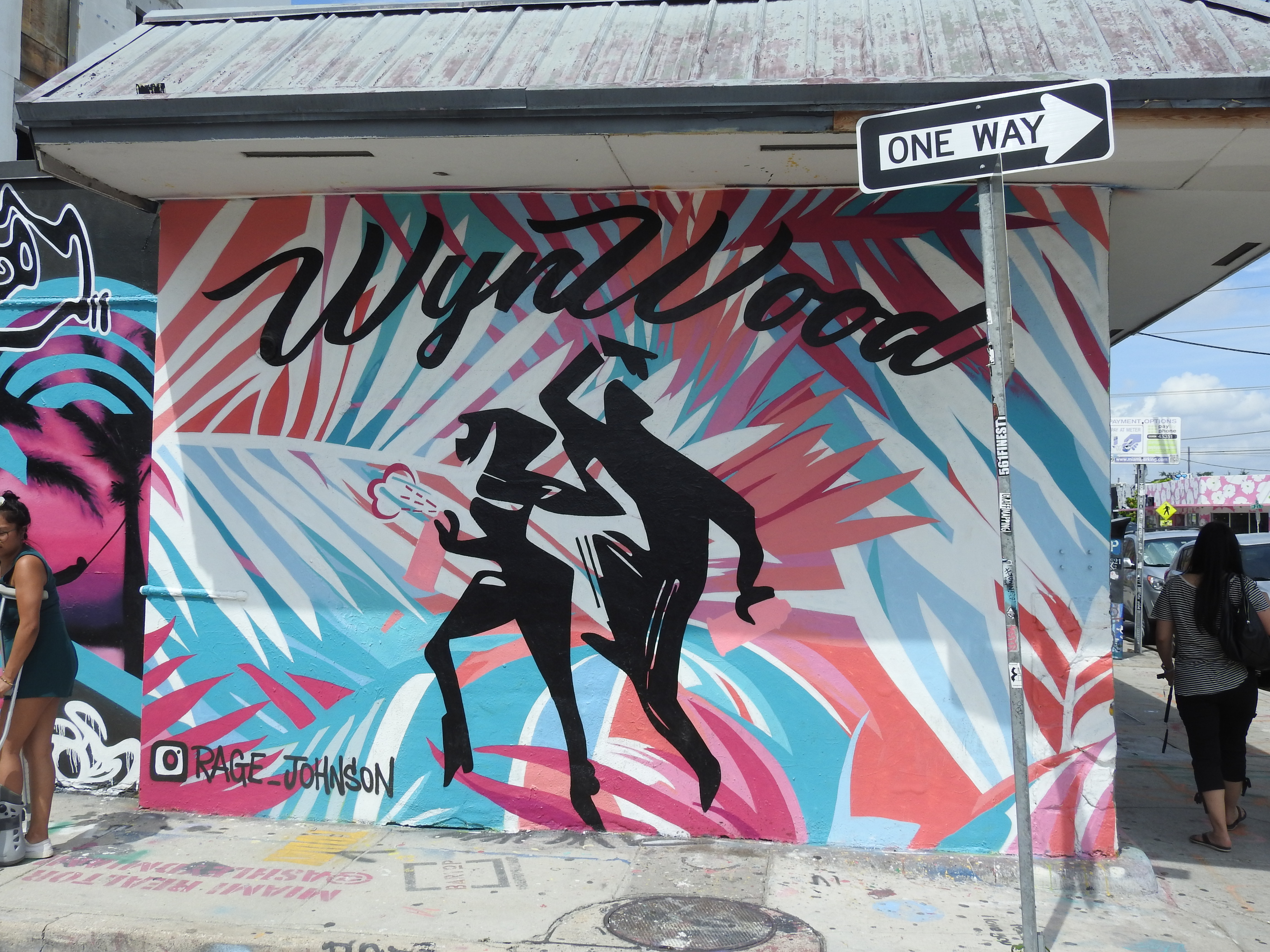 Wynwood is also home to local favorites like Panther Coffee, a specialty coffeehouse sourcing directly from producers and freshly roasting fine coffee from around the world. Just a few blocks away, The Salty Donut, an artisanal donut shop, serves up year-round flavors such as “maple + bacon” and “white chocolate tres leches,” as well as seasonal flavors like “butterscotch + caramel popcorn” and “cara cara orange creamsicle.”

For a late-night meal, stop by The Taco Stand, a California-based taco restaurant. The menu includes affordable options, like $3 tacos.

With murals, galleries, restaurants and hip hangouts to discover on each block, visitors will need to make more than one trip to get the most out of Wynwood.

Stroll along Ocean Drive, an iconic street lined with hotels and restaurants in the Art Deco style, popularized in the 1920s and 30s. The historic buildings are characterized by pastel colors, Cubism-inspired geometric forms and signs in iconic Art Deco typefaces. Notable landmarks include the Colony Hotel, known for its blue neon lights and Hollywood cameos, and The Carlyle, used as a drag club exterior for the 1996 film The Birdcage. While the Art Deco establishments of Ocean Drive are now regarded as Miami treasures, the buildings were neglected for decades and nearly demolished in the 1970s. Activist Barbara Baer Capitman fought to preserve the Art Deco buildings by founding the Miami Design Preservation League and facilitating protests until the Art Deco District was officially listed on the National Register of Historic Places.

Flanked to the east by Lummus Park, Ocean Drive stretches for 1.3 miles along South Beach, also known as “SoBe,” from South Pointe to 15th Street. Just a short walk from the park, tourists can enjoy soft, white sand and the vast Atlantic Ocean. Beach-goers can sunbathe, take walks along the shore or brave the waves and take a dip in the warm, salty water. Often, one can observe parasailing in the distance or planes dragging advertisements across the clear blue sky. The backdrop of towering skyscrapers and city streets adjacent to sandcastles and tiki bars gives vacationers an experience like no other.

First-year Samuel Lozano-Briceno recommended South Beach for those who like “activity” and “nightlife,” but for a more relaxing experience away from the crowds, he suggests Crandon Park on Key Biscayne.

No trip to Miami would be complete without engaging with Cuban culture in Little Havana, or Pequeña Habana, a neighborhood home to many Cubans who sought political asylum after Fidel Castro’s revolution in 1959.

Throughout Little Havana, one can find authentic Cuban eateries with live music and factories offering myriad sizes and flavors of cigars. The Calle Ocho Walk of Fame honors Cuban and Latin American artists, like singers Celia Cruz and Gloria Estefan, with stars embedded in the sidewalks. The neighborhood is also famous for hosting the Calle Ocho Music Festival, a free one-day fiesta celebrating Latin American culture. In Maximo Gomez Park, also known as Domino Park, curious tourists observe seasoned players and senior citizens playing intense games of domino. With the sounds of mixed Spanish and English everywhere, from the chatter of passerby to the shout of the busy waiter, one feels enveloped by the intercultural harmony fostered by the Cuban-American community in Little Havana.

Next door, the bar and lounge Ball & Chain, originally opened in 1935 as a saloon, serves as a pleasant place to relax and listen to live music. The venue also hosts special events, like Salsero Sundays and Mambo Mondays. While enjoying the performances, customers can grab a bite to eat—Ball & Chain offers Cuban cuisine, tapas and cocktails.

Curiously, as one walks through the spirited neighborhood, colorful avian friends greet tourists on street corners.

“Down Calle Ocho, there are a lot of rooster statues,” third-year Sandra Domenech said, “kind of like how downtown Sarasota has bike sculptures.”

From escape rooms and arcades to piers and markets, there’s much more to explore in Miami. Start a conversation with a Novo Collegian from Miami to get insider tips for your next vacation.

Information for this article was gathered from www.nytimes.com and www.miamiherald.com.