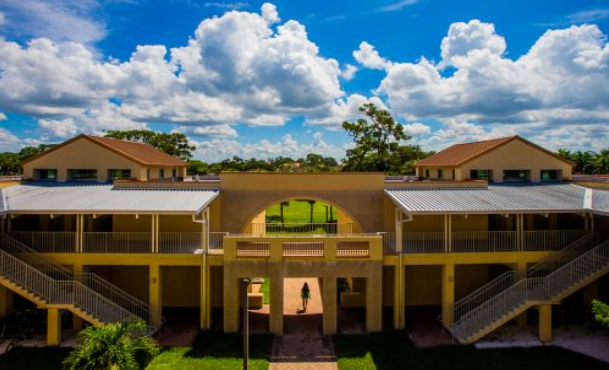 The car doors click, tearful goodbyes are had and then they’re on their way back home. For many students, moving to college is their first time living away from their families. It can be isolating, being thrown into the college lifestyle— but Residential Advisors (RAs) are placed in dormitories to help ease this transition and provide guidance to students. But this semester, New College has been struggling to fill vacant RA positions the 2022-2023 academic year, leaving the Housing department understaffed and overworked, not for the first or likely the last time.

An RA has many responsibilities, some of which include building a residential community, being a familiar and less intimidating first resource for students with academic or emotional questions and enforcing residential policies and rules. Above all, an RA must be an example to their peers. This has been seen as one of the most intense jobs that a student can pick up on a college campus, as RAs play such a direct role in helping the student’s community thrive.

However, despite the importance of the position, current RAs are few and far between when compared to this year’s massive increase in the on-campus population.The Catalyst reached out to current RAs to get their viewpoint on the situation.

“We have 14 [RAs] this year, last year we started with 16 but fell down to 14,” thesis student, RA and Catalyst staff writer Natalie “Nat” Kornblum said. “I’ve been told in the past that there’s supposed to be like 20. We’ve always been understaffed, but this year it’s worse because we have some empty residence halls. I know some RAs are working double by being responsible for the un-staffed residence halls.”

In order to accommodate dorms that do not have RAs of their own, staff from adjacent dorms are asked to be responsible for multiple residence halls by responding to calls from those residents and hosting community events. This was and is not required of them, but it does increase their workload alongside these students’ academic and social lives. Many of the current RAs are also thesis students trying to juggle the intense, extensive work that goes into thesising with the demanding climate that surrounds the RAs job position.

Thesis student and RA Melody Scott, who has also worked as an RA for multiple previous semesters, elaborated on the recent hires. According to Scott, duties among RAs have recently become more “spread out.” She spoke about Assistant Director of Housing & Dining Operations Sean Brueggemann and Area Coordinator Sabrina “Bri” Hyvarinen, who have filled some recent gaps in the Housing department’s staff.

“We’ve filled our supervision positions which has taken a lot of stress off of upper housing staff,” Scott said. “Before with Roxana and Sean, they were our supervisors but they also had a lot of other jobs to do.”

Brueggemann and Hyvarinen take up tasks such as overall coordination and the management of daily operations of campus residence halls. With both a limited Housing staff and the shortage of RAs, Brueggemann and Hyvarinen have also had to pick up responsibilities normally associated with other titles, piling on the pressure as they are spread even more thin.

“We now have two Housing Area Coordinators, Lily [Tanner] and Bri, and part of their jobs are to supervise the RAs among other housing related things,” Scott said.

Scott continued on, circling back around to the current state of RA positions and expanding on the duties of these new hires.

“I think that’s been really helpful because Lily and Bri can devote a large part of their job to the RA position in a lot of different ways,” Scott explained. “The RAs are understaffed at this point, with four spots, I think, unfilled. Some of our duties have increased in terms of the number of residents each RA is in charge of checking in on and reaching out to, and all of our other responsibilities are the same.”

As students arrived back on campus for the Fall 2022 semester, Housing has continued their search for RAs through mid-October, sending multiple emails detailing the position in order to try and get the word out. Although this is a step in the right direction, when asked about the status of current RA applicants, both Scott and Kornblum expressed the “beat around the bush” responses given by Housing, leaving most of the student staff in the dark with what is currently happening.

“I think all the Housing staff can do is open applications for people to apply to and get the word out,” Scott added. “In terms of administration, it seems clear to me that understaffing isn’t an issue unique to the RAs. I’m not sure how they’ve gone about trying to solve that.”

Now the big question is: why do so many students shy away from the position? The most common answers were the stress that job induces and that it is not believed to be worth the hassle.

“The RAs who are taking over unstaffed residence halls are definitely suffering, because they’re doing double the work for no added pay,” Kornblum said. “I’m sure the students of these halls would prefer to have somebody nearby in case they need anything, and are probably missing out on the events and community building that their RA would normally do.”

It is important to note that many students apply to this position to help finance themselves, and that the housing discount afforded to RAs, which is a price reduction of 75%, is invaluable to some in order to house themselves on campus.

“We were told that because of the housing discount, it [pay for the position] averages out, but I don’t know—somebody out there could probably sit down and average it out—personally, though, I don’t believe it would add up,” Kornblum said. “Simply, it’s a lot of responsibility and it’s very stressful. The pay doesn’t amount to the actual amount of hours worked, and because we’re so understaffed the job demands a lot. Students know this, and those who don’t need the housing discount tend to not apply because of how intense it is.”

On top of schoolwork, RA duties take a large chunk of time. Shifts into the early morning hours are not uncommon, and campus events take meticulous planning and many hours of set up. These students have willingly put this extra work on top of their school load in order to benefit the community around them.

Although the Housing department is struggling currently, both Scott and Kornblum state that they have hope that with the changes that are happening, students in coming years will be more likely to apply and help fill the positions.