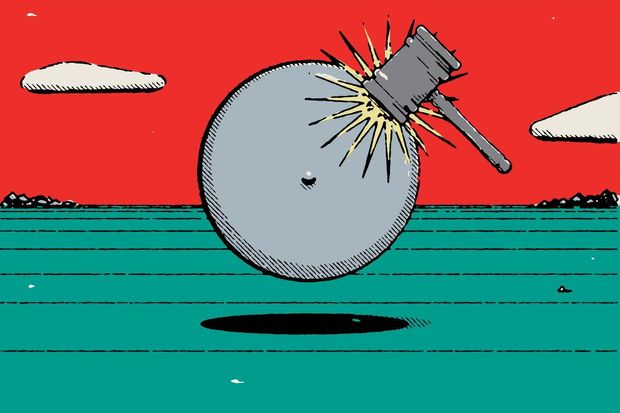 In the midst of an unprecedented global pandemic, graduating students are fearful of what is to come. The outbreak of COVID-19 is expected by many to completely change multiple facets of daily life, just as events such as 9/11 and the 2008 financial crisis did. Anticipating what COVID-19’s lasting effects will be, especially how it could impact the economy, is an issue many Americans are currently concerned with.

For the richest Americans, life during an impending recession is not heavily anxiety-inducing. Many do not have to worry about losing a paycheck or making this month’s rent. The worst of their fears is having a critical investment drop too low. According to Professor of Economics Mark Paul, how this recession will impact the working-class, who have to not only deal with a greater degree of economic fear, but a fear of not being able to be treated if ill, is what the federal government has not prepared for.

On Friday, March 27, President Donald Trump signed a $2 trillion stimulus bill,passed by the Senate with a 96–0 vote, into law. As the largest emergency aid bill in United States history, this bill is expected to help strengthen the economy through the provision of financial assistance to workers, small businesses and large corporations across the country. The bill is also structured to provide a form of universal income to Americans through a check for $1,200 to every American adult and $500 to every American child, up to an income of $99,000 for single Americans and $198,000 for married couples without children.

Many economists, including Paul, agree that it does not do enough for the failing economy.

While Paul believes “the benefits still outweigh the costs” he also says that “this is a bill that will entrench existing inequalities, rather than help restructure our economy in a way to benefit the people over business interests.”

This $2 trillion bill is expected to be the first of three bills aimed to help Americans during this tough time and to stimulate the economy. However, “we haven’t seen anything like this before,” reminds Paul. “This is the worst week on record. We are in a major, major recession.”

With fears that this unprecedented global pandemic and record-low economic drops point to a worsening economic recession, graduating college students are entering an unstable job market.

“Everything right now is ridiculous and I doubt that the job market will be strong once I’m done with New College,” thesis student Ormond Derrick said. “After graduating I fear having to move back in with my parents or stay in Sarasota post-graduation because of job prospects and bills.”

Compared to the response time from infected nations such as China and Italy, the United States is very far behind and on track for months of peril.

“Much of this could have already been avoided had we implemented containment and prevention protocols in January and February and began mass producing equipment,” Derrick said. “Now the government is refusing to use the Defense Production Act. This is a cheap opt-out meant not to infringe on corporations’ autonomy and is going to cost lives.”

This choice to disregard mass-producing life-saving equipment and fully preparing a lacking American healthcare system for its inevitable patients is not only going to cause deaths from COVID-19, but also the deaths of working-class individuals from economic ruin incited by fear.

Due to late action from the federal government and a lack of action from most state governments, the economic future for both the United States and the world is highly uncertain. Each day brings more cases, more deaths and more economic downfall.