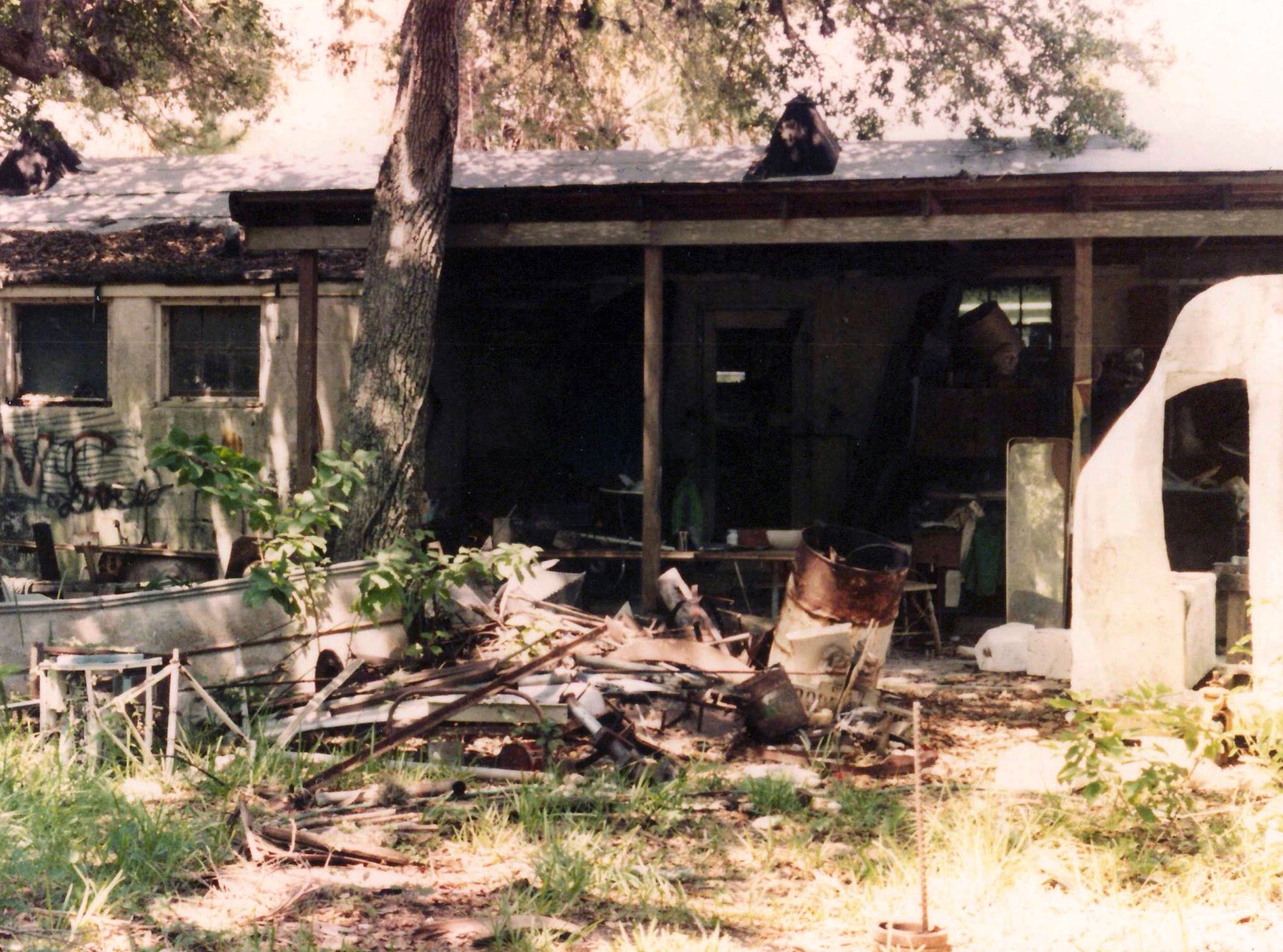 In the years shortly after the establishment of New College, the various army barracks that scattered the land where the Dort and Goldstein dormitories stand today housed Physical Plant, painting and sculpture studios and, briefly, the original Catalyst publication’s office. These barracks were products of World War II, when, in 1942, the newly constructed Bradenton Sarasota Airport became the Sarasota Army Airfield.

The process of the airport’s establishment dates back to 1939, when government and business leaders from Sarasota and Manatee counties came together to serve the aviation needs of the area. The idea of a shared airport came to light after two earlier Sarasota airports had failed.

In May 1941, a successful resolution created the Sarasota Manatee Joint Airport Authority. The committee was made up of one representative from Sarasota County, Manatee County, the City of Bradenton and the City of Sarasota. They selected a 620-acre site on the Sarasota-Manatee County line to construct the airport and used a Federal Works Progress Administration (WPA) Grant to purchase the land. A second resolution agreed to establish the name of the new facility as the Bradenton Sarasota Airport. The construction of new aviation facilities was completed by 1942 at a cost of nearly $1 million.

Immediately after the airport’s completion—in February 1942, during the height of World War II—the Joint Airport Authority leased the land to the United States Army Air Corps. The facility was used as a training base for the combat training of new pilots. With the Army adding 250 acres of land to the site, the Bradenton Sarasota Airport became the Sarasota Army Airfield (AAF). The Sarasota AAF was also in control of the Fort Myers AAF, Lake Wales AAF, Pinellas AAF, Punta Gorda AAF and Immokalee AAF.

The Sarasota AAF was initially assigned as a sub-base of MacDill Air Force Base under the Third Air Force, III Bomber Command. On Mar. 29, 1942, the 97th Bombardment Group transferred from MacDill to Sarasota to begin training on the B-17 Flying Fortress, a four-engine heavy bomber plane.

The men lived in tents while they constructed tarpaper barracks. In May, the 97th Bomb Group left Sarasota and became the first U.S. Bomb Group to fly American planes in high-altitude bombing raids from England. Captain Paul Tibbets, Jr., one of the Sarasota commanders, became renowned for dropping the first atomic bomb over Hiroshima while flying the Enola Gay, a plane he named after his mother.

The bombers, however, damaged the base’s runways because they were significantly heavier than other planes. The Third Air Force thus reassigned Sarasota AAF to III Fighter Command in July 1942. This shift meant that the facility became a fighter pilot training base instead of a bomber training base. It continued its training operations until 1945. During this time, the Army Air Corps graduated an average of 70 pilots every 30 days and added more permanent buildings.

With the end of the European War in May 1945 and the Japanese surrender in early August, orders were received from III Fighter Command to end training of replacement pilots. Orders were sent to Sarasota AAF that the base would be inactivated as of Dec. 31, 1945 and that it would be transferred to Air Technical Service Command in a standby status, pending disposition as excess property.

In late 1947, the General Services Administration (GSA) turned control of the facility back to civilian use as the Sarasota-Bradenton International Airport. GSA stipulated that the airport must continue to be used as an airport for aviation purposes; if not, it would be returned to the U.S. government.

Though many of the buildings and equipment were sold and transferred to other bases, various barracks remained in the land that New College purchased from the airport in 1961. By the late 1960s, the barracks had been transformed into art studios—specifically painting and sculpture studios.

Alumni describe the barracks as “grungy” and disorganized, but also as some of the most welcoming and interesting spaces at New College.

“[They were] my home at New College,” Shelli Pruett (‘72) said. “You didn’t have to worry if you spilled something or kept your tools in a heap.”

Professor of Art Jack Cartlidge, known for his Band of Angels sculpture located in the center of the Palmer complex, spent much of his time in and around the barracks.

“He was a big man, but it was also a very weak, soft and somewhat rotten floor,” Jacobson said. “It was never intended to last as long as we made it last, and it was never intended to be used in the ways we did. Storing 2,000 pounds of clay powder in 100-pound bags off to one side was a challenge to the structure.”