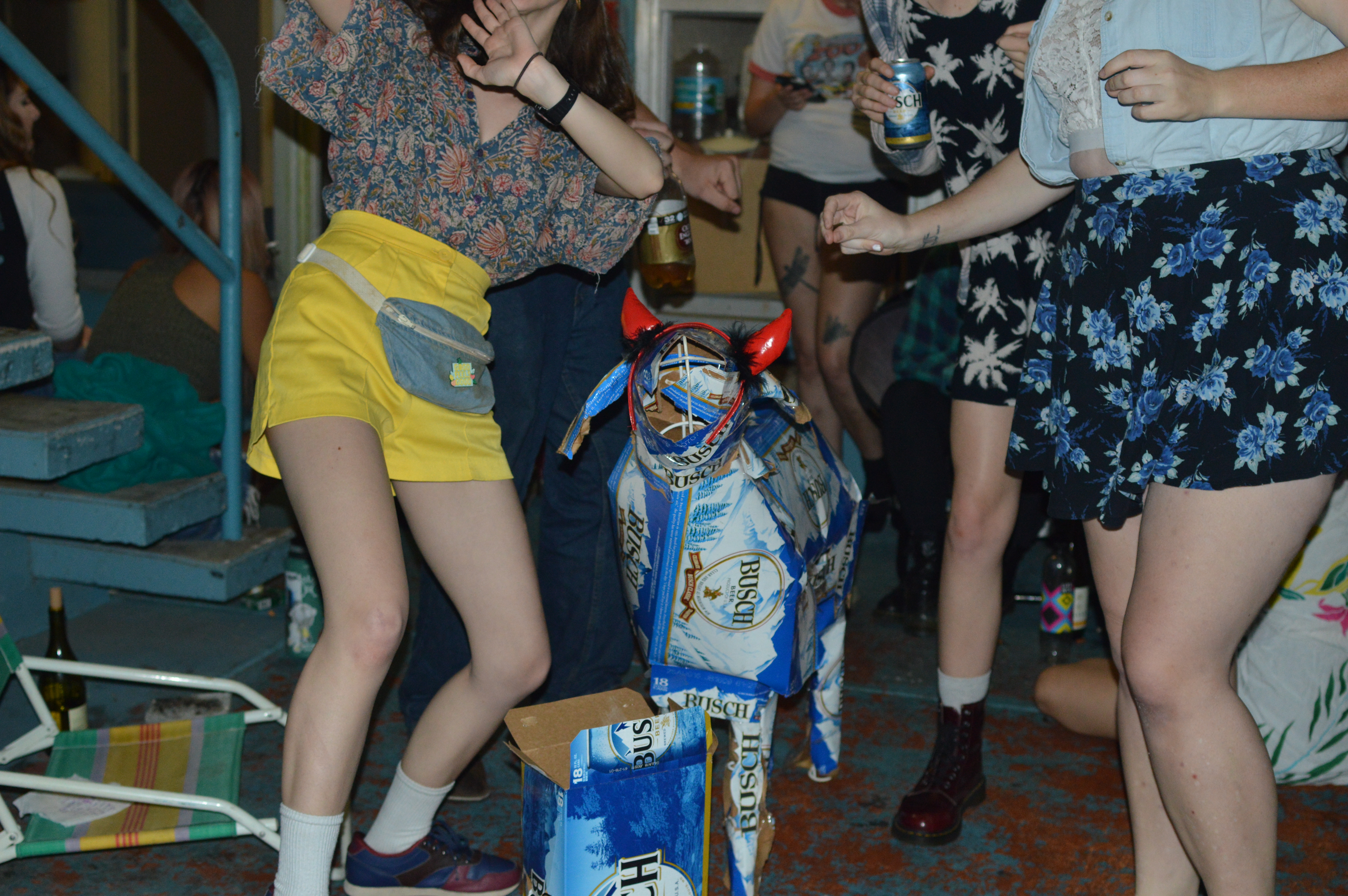 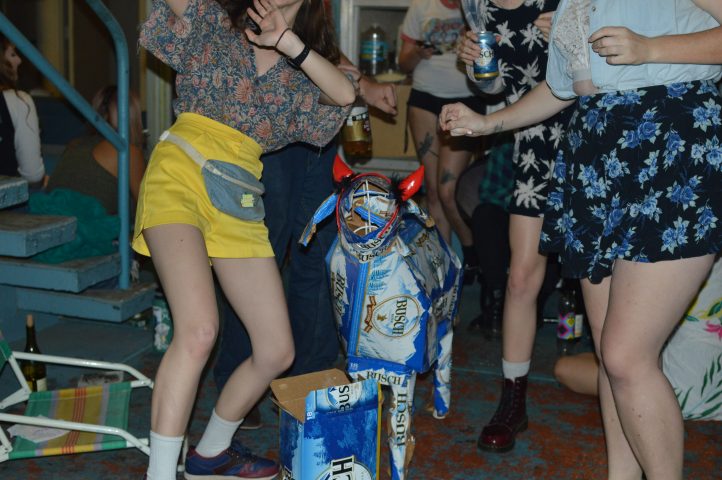 A few B Dorm residents getting down to groovy tunes.

Morally, of course. That other thing is just a myth, according to Director of Facilities Alan Burr, “B-dorm isn’t sinking. You would see breaks and horizontal cracks if it were.”

So we’re not sinking into our own plumbing, drain hair and frog carcasses: fine. Our cleanliness, however, is a foot below see level. I can’t even see the bottom of the sink on a good day.

When asked more about the tragic state of B-dorm cleanliness, Burr began with his arrival at New College in the summer of 2013.

“Over $318,000 was put into remodelling B-dorm in the summer of 2013,” Burr said. “That’s when I began working here. We redid the whole kitchen, redid al the electrical work, put in new flooring. There wasn’t enough money for all the bathrooms.”

It was when the drastic blue hues imbued the porches, the roof and all the outside walls–but it was also very, very clean. And new.

“To see it looking as it is right now is very disheartening,” Burr said.

It was so dirty that Mark Stier decided Physical Plant shouldn’t have to clean it up. Without warning, an email was sent to all B-dorm students that outside forces would be hired to clean and the cost would be split between the residents.

“We dont have jurisdiction over B-dorm. Our custodians clean the common spaces, but Mark thought the state of B-dorm was too much for them this time,” Burr said.

B-dorm residents were shocked to wake up to a harrowing email from Stier without any prior warning. The email stated that the kitchen doors would be locked in a few hours and outside forces would come clean them out. The fee would be split among all B-dorm residents.

Many residents were not pleased with the decision.

“The email that was sent to us was extremely inappropriate,” Third-year Andy Erickson said. “They didn’t give us a warning and instead told us that we would not have access to our kitchen. It was way too extreme, especially since we’re isolated on this side of campus without any other kitchens available to us. It was very frustrating.”

“I just wish they would have asked us to clean up first, before threatening an extra fee to hire outside people to do it,” Thesis student Brian Landes said. “We would have cleaned up just the same. Mark didn’t need to be such a meany.”

Third-year Ashley Brockaway has been under a lot of stress, but has become really good at sweeping in the morning.

“I was upset with the whole thing,” Brockaway said.

Nevertheless, Stier argued for the validity of the move.

“We have to come in a little bit heavy handed sometimes,” Stier said.

It’s not just the current residents of B-dorm that have treated it like Shel Silverstein’s Giving Tree, however. Burr assured me B-dorm has always been a problem child for maintenance.

Indeed, no other residence hall uses its common spaces quite to the extent as B-dorm. Though the students change, B-dorm is always known for its eccentric community.

“I went there when it first re-opened in 1984 and never left, It may have saved my life and it certainly saved my sanity,” alum Susan Hirshberg (‘84) said. “I remember the rope swing, the cross we hauled to the roof, mimosas during communal breakfasts at noon or in the afternoon or whatever but I definitely ate the best at our communal cooking events which happened late every evening in the one lounge which wasn’t a total pit.”

There was even one summer where the dorm was left open and a bunch of students stayed there. All information about that summer, however, was a blur.

Michael A. Armstrong (‘74) said, “In 1974 dorms and courts had a recreation budget for things like barbecues.”

Many have speculated over what makes B-dorm so social. It is mostly attributed to the small rooms and lack of privacy in the communal bathrooms.

Soon, however, B-dorm may no longer be a free-for-all in the housing lottery. Plans have been discussed to turn it into an array of different things.

“We’ve been approached to make it a first-year building, but I don’t want to put first-years there because it’s isolated,” Stier said. “One of the discussions we’re having now is do we make B-dorm a special LLC for upper years or just grad students.”

Stier assured me, however, that the priority decision goes to the students.

“Students need to be the ones to tell us what they want that building to be like,” Stier said.

“One thing we’ve talked about is working with the RAs of next year, I think the RAs of this year have tried to do their best and there is a disconnect between what the RAs are asking the residents to do and the kitchens being clean,” Stier said.

Whatever Stier decides, B-dorm will stand strong, as it has against all recurring odds, flu plagues and athlete foot outbreaks. How clean it will be is another story.