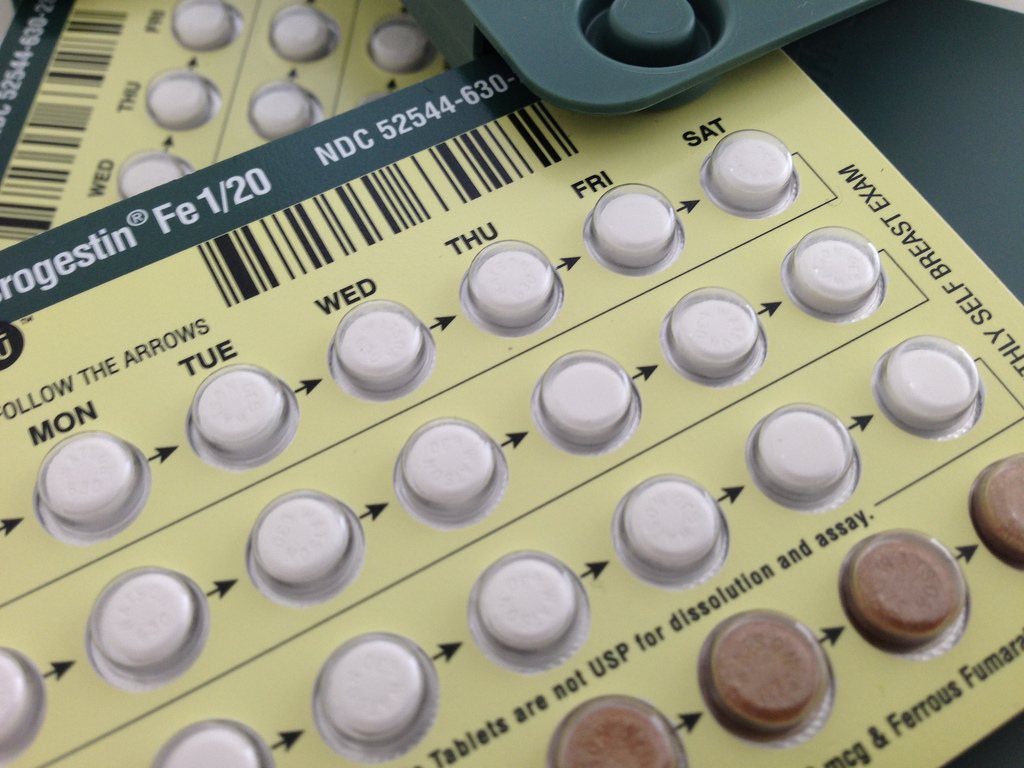 “So symbolically [the rollback] is saying you don’t have that right, you don’t get to choose, and if you do want to choose you are going to pay," Sex Educator Cassandra Corrado said. (Photo courtesy of Wikimedia Commons)

One of the spookiest developments coming out of this October for women may be President Donald Trump’s move to roll back the Obama-era mandate that required birth control to be covered by workplace insurance. This decision was made in the name of religious freedom, in spite of exemptions for truly religious organizations, such as churches, already being in place. This rollback grants power to religiously oriented heads of corporations to take away women’s autonomy in their reproductive health decisions by taking away their coverage.

“Symbolically it [the rollback] is saying you don’t have that right, you don’t get to choose, and if you do want to choose you are going to pay.” Cassandra Corrado, a sex educator, said of the decision.

This rollback will mostly impact women with low-paying, hourly wage jobs with companies that do not actually serve any religious purposes, those who can least afford to make up for that loss of coverage will lose substantial agency in their reproductive health.

When interviewed, Anne Fisher and Cassandra Corrado stressed that people be aware of any change that may impact them and of all of the resources available to them. Both discussed available reproductive resources and potential contingencies in the event that one was to lose birth control coverage.

“We do a basic well women’s exam, which is a pap smear and some STI testing. We have a fair number of women who come use it because it’s convenient–it’s on campus,” Fisher said. “Our nurse practitioner can write for reproductive stuff, mostly birth control pills, and then we have condoms around that student government provides.”

Fisher went on to discuss the lack of impact the rollback will have on the CWC and student government’s role in providing protection.

“For this operation, it really does not change much because we don’t carry birth control, we used to carry Plan B, but students decided to do that themselves, so that is something that Student Government does right now, so there’s access for Plan B,” Fisher said. “Where students are going to feel it more is on the outside [of New College], because they are going to have to go out to get stuff.”

Sex Educator Cassandra Corrado, weighed in on what the rollback signifies and how it will be impactful,

“The important thing to know that the birth control mandate has always had a loophole for religious organizations,” Corrado said. “This [rollback] opens up for organizations like Hobby Lobby or even Chic-Fil- A, any place that could have a potential religious founding, organizations that you may not think of as religious but that may be part of their founder’s core beliefs or their executive team’s core beliefs, those are the people that we would be worried about.”

Corrado went on to discuss low cost options for birth control pill accessibility in the event of losing coverage,

“There are some types of the pill that might be as little as $4 a month at places like Wal-Mart, telemedicine has made it easier to get access to birth control at a lower rate,” Corrado explained. “Companies like Nurx make it much easier to pay a cash price for birth control and you can get a prescription and get it delivered to you online. Telemedicine uses the power of the internet to get you connected to a wider variety of medical providers, usually at a much lower cost and usually not covered by insurance.”

Corrado also gave the reminder that while birth control pills are technically not the only form of birth control, they are still crucial in the lives of many,

It is not as if this loss of coverage indicates an all-encompassing loss of options, but it is risky not to be aware of personal situations and the choices available.

“Be prepared and know that it might not affect you, but it could, and look into the details of your current insurance plan and how long it is place,” Corrado said to those who may be impacted. “If people don’t have doctors, know that there are options for ways to communicate with medical professionals like Mayvin, you can still get a doctor’s opinion. Do your research”

Information gathered from the nytimes.com and washingtontimes.com