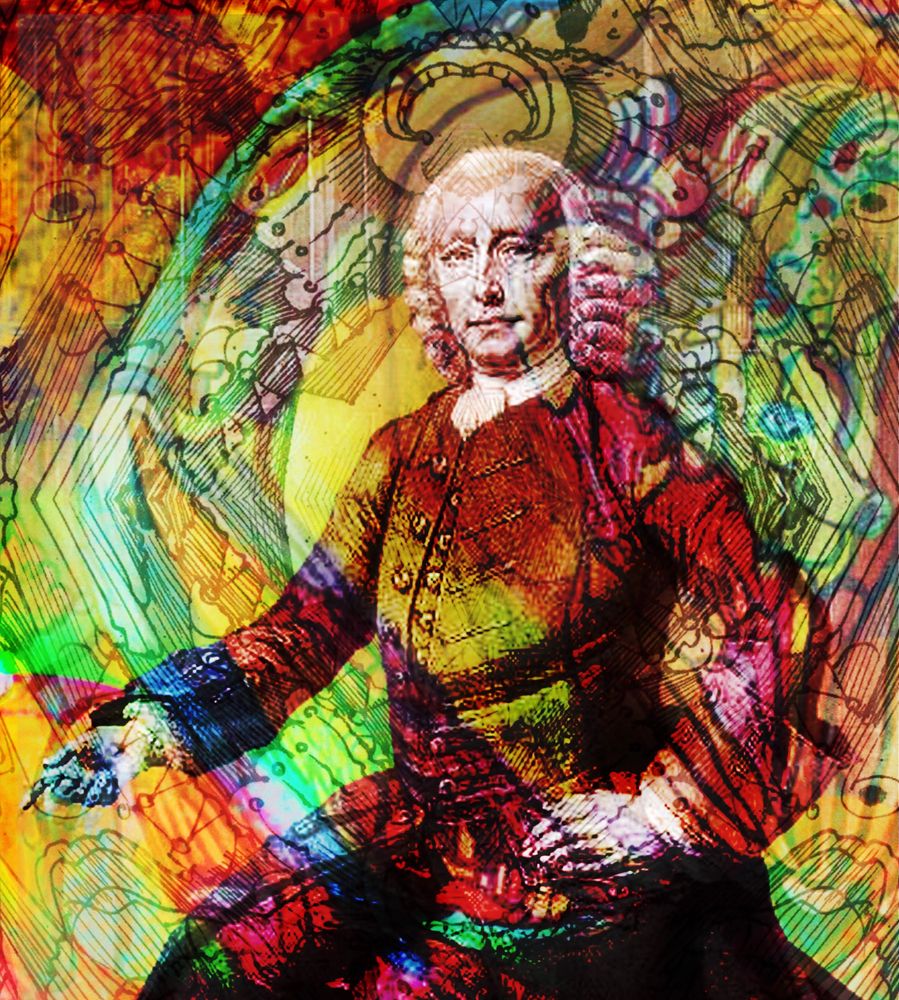 A painting advertising the George. (Photo courtesy of the George and Camilla Reid.)

The George is a modest shop found just a couple minutes south of New College, specializing in boba tea and vintage clothing. Owner and operator Camilla Reid calls it “a funky vintage store that serves boba and other healthy drinks and foods.” The store has been open for about seven months now, and has recently seen an increase in popularity from New College students.

“Going to The George for the first time was a nice experience,” second-year Sam Worthington shared. “I’d always wanted to stop by that store and check out what it was about, and I was glad I did.”

Reid initially came to Sarasota in 1985 as a college student.

“I came to the area at first because I was going to Ringling College,” Reid said. “I’ve moved around a little since then, living in St. Pete for a while, as well as Orlando, but I’ve always considered Sarasota my home.”

Opening The George came about as a result of years of hard work and Reid visualizing multiple ideas for services she wanted to provide for her community.

“I wanted to do something similar to The George around fifteen to twenty years ago,” Reid said. “In Cocoa Village, I had an art gallery that I operated, but I’ve loved boba tea for years as well. I think that having art and boba together can really create an opportunity for community building. To be honest, The George is really just a bunch of stuff that I’ve wanted to do before and I wanted to put them all together.”

While The George primarily emphasizes its milk tea and vintage clothing, the shop also sells various forms of art, including paintings, smaller card-size prints and furniture. Additionally, The George is quite focused on a healthy diet and lifestyle, boasting some fresh smoothies, juices, and salads.

“I was a vegetarian for years, so the juices and smoothies that I make here are all sourced honestly,” Reid told. “I really wanted to incorporate a healthy alternative, because boba is satisfying and comforting, but it’s not very nutritious. I think people can really tell the difference in their vitality and energy after adding more fruits and vegetables to their diet.”

While the process of opening a small business has been very exciting for Reid, it has come with its fair share of worries and expenses.

“My business hasn’t really come full circle yet, so I’m trying to provide a lot of different options for different people, even if I haven’t necessarily had the foot traffic [to support it],” Reid stated. “If the business gets bigger, I’ll be able to do a lot more.”

“Once I got my sign put up, which I had to wait for, it definitely helped me a lot,” Reid continued. “I feel like I can see light at the end of the tunnel right now, so I’m just gonna keep plugging away at it.”

Despite already offering an array of goods and services, Reid has even more planned for The George in the form of various events and workshops.

“I do want to do more art here, including more workshops,” Reid said. “I have someone signed up right now to host an art class, and I already offered a mosaic class at one point, which I’m hoping will resume in April. I have someone who wants to host an open mic night, which excites me because I’ve wanted to offer a poetry jam in the past, and I’m trying to find someone willing to host it.”

“I’m also giving the opportunity to experiment with making music,” Reid elaborated. “Dave Warren, a musician, writer and producer will be offering a workshop on Mar. 19, from 6 p.m. to 8 p.m., to anyone interested in getting some ‘know-how’ in creating music with industry standard information. The workshops will be held through April on Saturdays at the same time.”

Speaking on the overall thesis point and goal of The George, Reid responded, “I’ve always tried to help people along the way in life, so I feel that [The George] is about community and helping each other and being able to cut through a lot of the extraneous stuff that gets in the way of enjoying life.”

“We’re all just trying to eek out an existence here, and I like to remind people to take an opportunity to make decisions based on trying to create joy in their lives despite the pressures of life,” Reid stated. “By altering fears into courageous acts, there is a will, there is a way.”

The George is open Tuesday through Sunday, from noon to 8 p.m., at 5131 N Tamiami Trail Unit B.