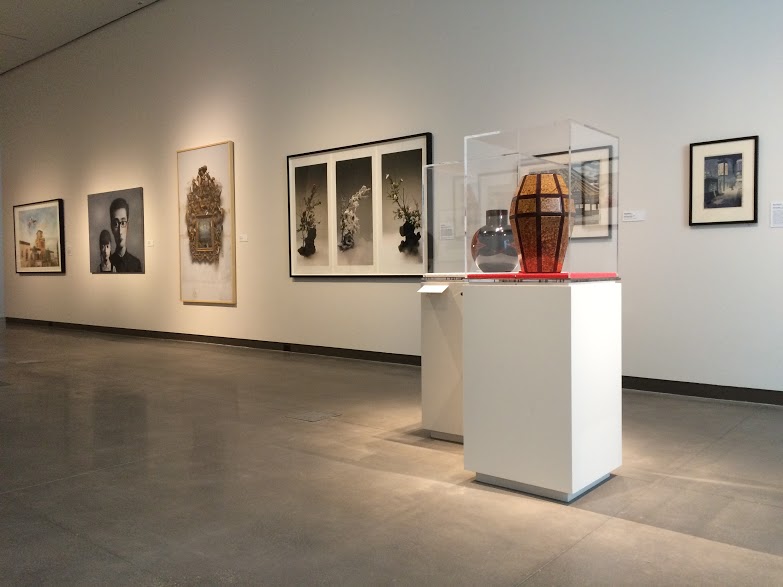 Asian art is the fastest growing art market in the world, and yet there are few museums in the United States that feature pieces in the eastern artistic tradition—let alone dedicate entire wings to the study of such works. The Ringling Museum of Art is hoping to increase the visibility of Asian art in Florida with the opening of a new wing entirely dedicated to the preservation and curation of works from the Far East.

The Center for Asian Arts opened its doors in February, after more than four years of construction and more than $10.2 million in costs. The Center (the hard-to-miss 7,500 square foot green “jade” cube in the southwest corner of the museum) consists of three main galleries: the Dr. Helga Wall-Apelt Gallery, the Pavillion Gallery and the Ting Tsung and Wei Fong Chao Foundation Gallery.

The first two are currently open to the public; the last will open in May and contains art from Asian antiquity, including the Cypriot and Gandharan pieces the Ringlings purchased in the 1920s. The Ringling’s collection of Cypriot art is the third largest in the United States, after the collections of the Met in New York City and the Museum of Fine Arts in Boston.

“The Center for Asian Art is a symbol of The Ringling’s commitment to Asian art and a sign of the importance of Asia in the twenty-first century,” according to text posted in the Pavillion gallery. “The vision for the center is to expose visitors to Asian art and culture, and to explore the impact of Asia on the global community.”

The current collection spans a wide range of Asian cultures, with works from India, Pakistan, Nepal, Tibet, China, Vietnam, Thailand, Korea and Japan. These include stone Buddhist sculptures from Gandhara, Pakistan, ceramics from all of the Chinese dynasties, a selection of pieces from the Cyprus region of Greece, Japanese woodblock prints—both traditional ukiyo-e and contemporary versions—and objects from the Turkomen tribes of India.

John and Mable Ringling acquired the first of the museum’s Asian art collection in 1928, purchasing a selection of pieces from the Metropolitan Museum of Art, most notably some exceedingly rare Gandharan stone sculptures and more than 2,000 pieces of the Cesnola Collection of Cypriot works. Ringling envisioned the works would support his vision of opening an art school and museum in Sarasota.

The Cesnola Collection is a portion of the collection of Cypriot antiques that once belonged to the U.S. consul to Cyprus, Luigi Palma di Cesnola, 1832-1904. The pieces came primarily from excavations that took place while Cesnola was stationed in Cyprus, and the bulk of the collection was sold to the Met in the early years of its foundation.

“I think the Cypriot stuff is really cool,” said second-year Abigail Youngblood, who researched 11 pieces from the Cesnola collection of Cypriot artifacts as an intern at the Ringling. “It mixes Greek and Roman and Syrian influences. Cypriot history goes back to the Bronze Age, it’s sort of a melting pot of all these different cultures.”

On the second floor, the center features galleries of traditional, modern and contemporary Asian art, representing cultures spanning from the eastern Mediterranean to the western Pacific. On the third floor is a study room supporting teaching and research by students and scholars, and a lecture hall hosting public programs that place the art on display in historical and cultural context.

“It’s a really beautiful new space,” said thesis student Brittany Murray, an art history AOC who has worked in the museum’s preservation and conservation departments. “I hope that it’s utilized more, especially as New College has such a small art history department. There’s a good selection of works. ”

The Dr. Helga Wall-Apelt Gallery has been the subject of some publicity, with the benefactor suing the Ringling Museum of Art for what her legal team called Ringling’s noncompliance with the original agreement regarding the gallery’s creation.  The contract was signed in 2006, when the German-born collector made her original gift of $4.1 million to the museum in order to begin the process of creating a gallery to house her sizeable collection. Wall-Apelt, previously a member of the Ringling Board of Trustees, also recalled her collection of more than 1,700 pieces of Asian art (valued at around $30 million) prior to the gallery’s opening.

Wall-Apelt supplied $2 million to facilitate the hiring of Dr. Fan Jeremy Zhang as associate curator of Asian Art. Zhang was hired in 2013 to develop Ringling’s Asian art department and increase the museum’s connectivity with the Far East, an art market that has seen exponential growth in the last decade, both in artistic production and in the consumption of art objects, specifically multi-million dollar “blue-chip” pieces produced by well known artists such as Picasso and Warhol. Zhang trained as an archeologist in his native China and received his Ph.D. in art history from Brown University. Before coming to the Ringling, he worked at the Met, the RISD Museum of Art and the Smith College Museum of Art.

The inaugural exhibition is titled “Connecting Cultures: From Ancient Cyprus to India and China” and features a portion of the Ringling’s Cypriot collection, a selection of Indian stone sculptures and Chinese ceramic sculptures and pottery. All of the pieces are connected “by the common thread of cultural exchange and interaction between civilizations, in which trade and travel were key to bridging traditions, ideas, beliefs and techniques,” according to an overview of the exhibit provided by the Ringling.

Many of the pieces have ties to the Silk Road, either through their origins in one of the many economic hubs located along the route or through their iconography. The Gandharan Buddhas, which fuse together the classical features of Greek and Roman sculpture with the symbols and cultural characteristics of the predominantly Buddhist region of northwest Pakistan to create figures that elegantly reflect the artistically rich and immensely cosmopolitan nature of the communities along the Silk Road.

“The pieces that are showcased currently are some of the best pieces that the Ringling has,” Youngblood said.