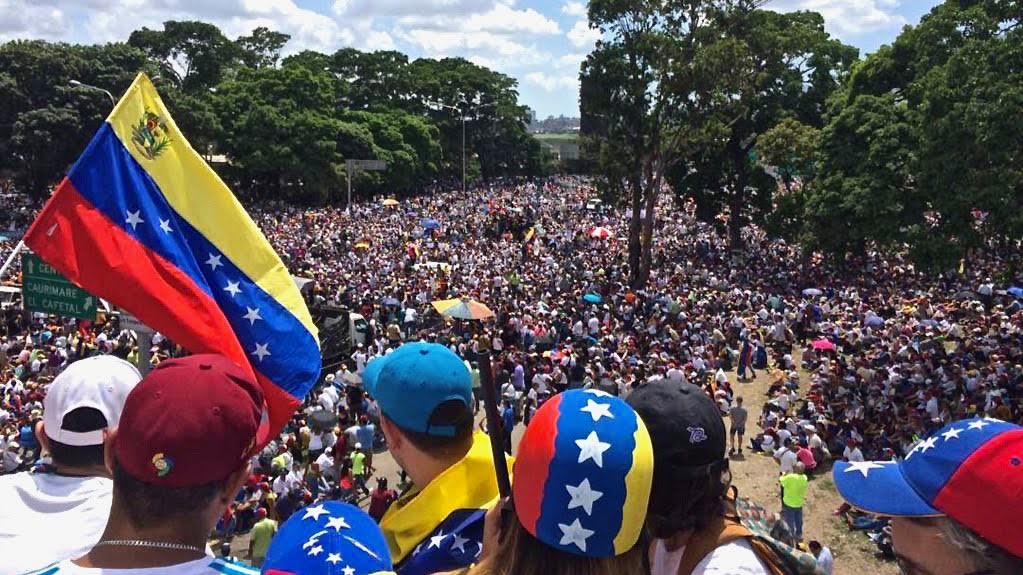 Opponents of Maduro's rule have taken to the streets and gained platforms to voice their frustration with Maduro's government. (Photo courtesy of Wikimedia Commons)

2017 introduced many disastrous and heartbreaking events, and with these new situations fresh in the minds of many, other global issues and disasters are left on the back-burner. An example of such an issue is the Venezuelan crisis. Venezuela is suffering, nearly all of the country’s supermarkets shelves are bare, the health care system has completely collapsed and power shortages are so extreme that government offices are now open for only two days a week. On top of that, the nation’s crime rate has reached the highest record its ever seen and inflation is quickly crumbling any economical value left of the Venezuelan currency.

Many blame the current state of Venezuela and its direction towards chaos on President Nicolás Maduro. Venezuela is known for having the largest oil reserves in the world, so when oil prices plummeted, Venezuela’s revenue fell. Oil has caused much of Venezuela’s distress by lowering the money the nation has to repay its foreign debts, forcing Maduro to slash imports in order to avoid default. The event of a drought has also brought dire consequences which have shriveled the country’s hydropower generation, a critical source of electricity much of the country has come to rely on.

Venezuela currently owes roughly $120 billion to foreign creditors and has been given deadlines for payments that many speculators believe they simply cannot pay if oil prices remain low, leaving the country’s economy in ruins.

Political opposition to Maduro in Venezuela is high, however, the country’s crisis is not necessarily to blame solely on Maduro’s rule but partly on his predecessor Hugo Chavez, who died in 2013. Many economists agree that his policies of state ownership, uncontrolled spending, subsidies and domestic price controls have put the country in its current state of crisis. The political turmoil in Venezuela has created high tensions among the people, with Maduro’s opponents gaining momentum and winning a majority of seats in the national legislature. Maduro’s opposition has accumulated nearly 2,000,000 signatures on a petition to begin an end to Maduro’s rule.

For months now, opponents of Maduro’s rule have taken to the streets and gained platforms to voice their frustration with Maduro’s government. More than 100 people have died in connection with bloody protests. Due to Venezuela’s economic crisis, the country has very little money to purchase goods from other countries, resulting in foreign imports having been reduced by 50 percent.

This decline in imports has affected the country’s essential needs, such as food and medicine for the people. The lack of these vital imports has created chaos among the social sphere. Many hospitals, schools and shopping centers are out of supplies, psychiatric wards are being deserted by employees, leaving patients alone and without care. The overpricing of food has created a bustling black market, that has integrated itself into the lives of many in Venezuela  and has left supermarkets and shopping centers deserted.

Inflation throughout the country has meant more people are skipping meals, and the percentage of malnourished Venezuelans is growing day by day. Many Venezuelans have dubbed this phenomenon the “Maduro diet,” a reference to the president, who has commented that doing without “makes you tough.”

Anti-government protesters want Maduro to leave office and step down, accusing him of crumbling the nation’s democracy. Maduro instead has sent the Venezuelan military onto the streets to maintain order, which has engulfed the country with bloody protests causing greater unrest in a country that is already dealing with many other hardships.

Living in Venezuela has become a great struggle for its citizens. The nation is dealing with social, economical and political difficulties every day. They face many problems such as shortages of food and home staples, shortages of medicine, blackouts, rising unemployment, a rise in violent crime and even a surge of malaria. Despite the several grave disasters and issues in 2017, we must not forget about Venezuela’s current state and its everyday struggles.