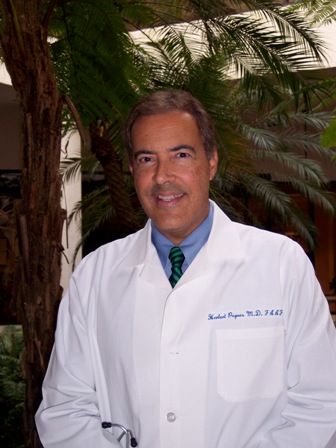 The new family physician at the Counseling and Wellness Center (CWC), Herbert Pegues M.D., said that his childhood pediatrician inspired him to practice medicine. As a toddler, Pegues got a curtain rod stuck in his mouth after running around with it. He said that his pediatrician revealed to him to the power inherent to medicine by kindly helping him overcome his injury. In telling this story, he chided the members of the Catalyst to never let their kids run around with pointy objects.

Pegues is the first physician to be hired part-time at the CWC and works weekdays from 1p.m. – 5p.m. CWC Program Director Anne Fisher said that he offers a wider breadth of knowledge than the physician assistants who have worked at the CWC in the past.

With Pegues’ expertise, the CWC can now repair minor lacerations, strains and sprains, administer vaccinations and pap smears, do routine lab work, inject medicine, immobilize sprains and fractures and give out flu shots. This year, he has helped treat conditions as serious as appendicitis, Lyme disease and broken bones.

Pegues has worked as a family physician in payer, academic and provider settings and is trained to take on a litany of patients. He founded and heads Communamed, Inc. — a medical management company. Pegues is the principal of its University Student Health Group and University Private Medicine in Sarasota.

“I think one of the values that I add to the group of professionals is a depth of understanding of the variety of human experiences and how we are evolving,” Pegues reflected. “I’ve had a very broad experience working in community medicine in a variety of settings over the past 30 years, you know, rural, urban, university and private settings. I bring no bias to my professional work because of that. I think it also has to do with my basic upbringing.”

Pegues grew up in Alabama, then attended Grinnell College, which he likens to New College.

“I attended a liberal arts college as well – Grinnell College in Iowa back in the 60’s,” Pegues said. “I get a bit nostalgic because this is so much like my experience even though it’s 40 years later. It’s just a vibrant, very smart, diverse population. It’s fun to treat and interact with. You learn a lot. You learn about their aspirations and their very positive outlook for the future. ”

Pegues received his Doctor of Medicine from the University of Illinois College of Medicine in Chicago and did his residency at the University of Alabama (Huntsville) School of Primary Medicine Care. He explained that his guiding goal as a doctor is to abide by the Hippocratic Oath and to avoid inflicting harm upon his patients. He said he appreciates the psycho-social impacts of medicine and relishes the chance to treat patients when he can.

“I have every intention of having some impact on the quality of patient care, being part of the team that is promoting and directing its improvement and doing the best job that I can do in being a physician here on campus,” Pegues said. “It’s all about the students and their feedback is equally important to me.”

“Because USF’s enrollment went up, we got a little bit for health services,” Fisher said. She stated that she hopes to make the health side of the CWC even more prominent in the years to come.