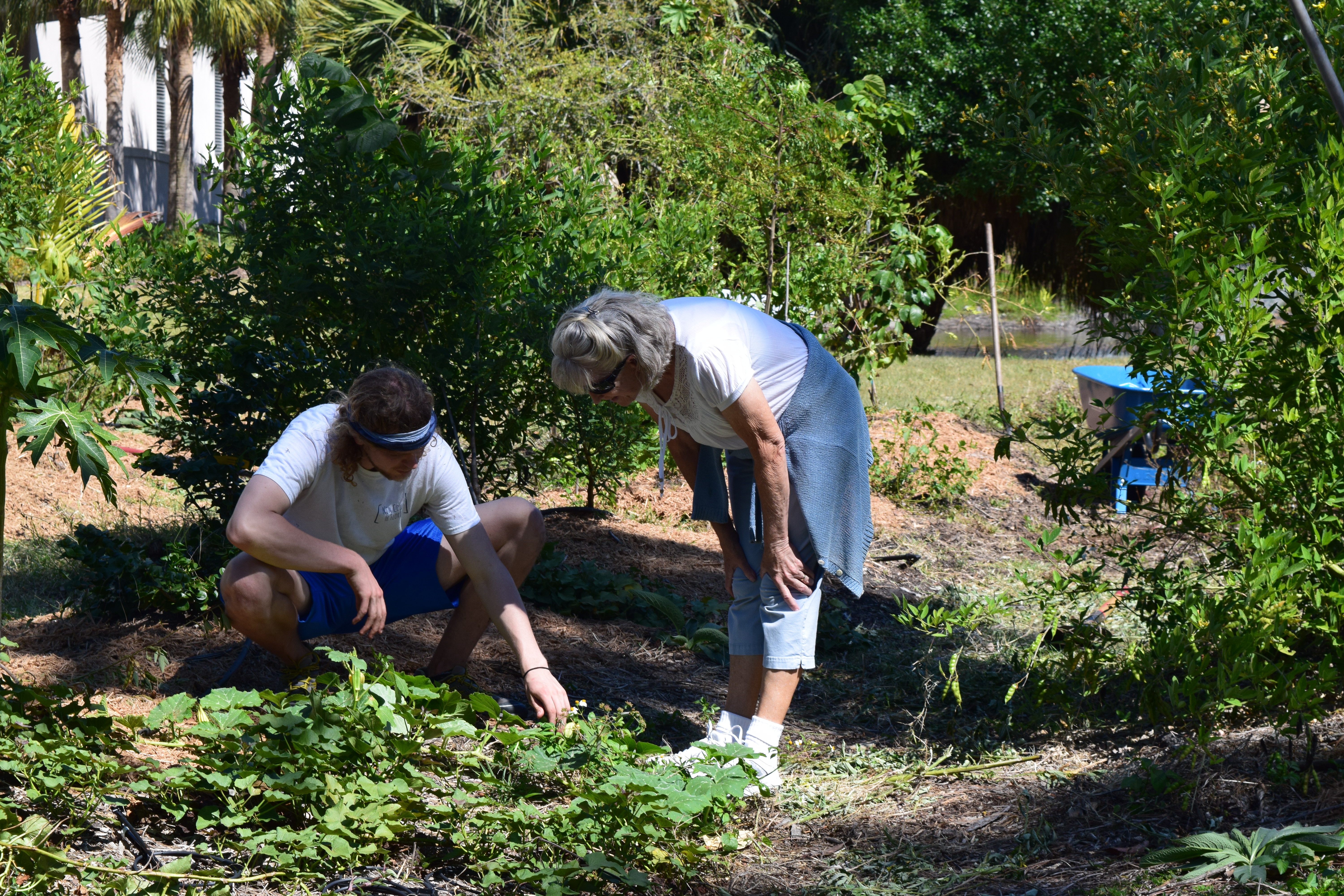 The New College of Florida Climate Action Plan, prepared in 2010, was the first call to analyze and modify the school’s individual contribution to climate change. Since 2010, however, many changes have affected the variables involved in being eco-friendly. Now, with global climate strikes stressing the urgency of climate action, interested students are particularly compelled to follow up on the momentum begun by those who drafted the original plan.

The 2010 Climate Action Plan, prepared by select students and faculty, was released with the overall goal of promoting the progressive policies and technological innovations to push New College into a position of positive impact on the environment, not just through words but through on-campus action. While the college’s vulnerable locale gives it extra incentive to combat climate change, a concerned student body and faculty is the backbone needed to develop a practical plan to make the personal and systemic actions necessary to offset carbon emissions.

“It began as an initiative of the environmental studies program, with an Independent Study Project (ISP) every January during which students would gather information about the different elements of the Climate Action Plan and assemble that data into a picture of where our carbon emissions are and where we have the best chance of reducing it,” preparer of the Climate Action Plan Julie Morris said.

Students initially compiled the figures on carbon emissions until the duties were transferred to New College Physical Plant and Facilities, which leads initiatives on reducing water, gas and electricity use. Students applying skills related to their careers and interests in fieldwork on campus is one of the fundamental pieces in making New College more environmentally sustainable.

Jono Miller helped spearhead the organization behind the student and administration collaboration on the plan, including sponsoring some of the related ISPs. He also contributed to the graphics and layout of the plan based on data collected by students.

Miller’s students brought his attention to intriguing data collected about environmental and climate issues on campus, which then needed to be adapted for public conversation.

Students started to put more pressure on faculty and administrators, demanding answers to specific questions about energy use. Multiple professors and administrators responded by becoming more involved in the formulation of the Climate Action Plan.

“In order to be prepared for these student requests, they started collecting and summarizing that information, so the need for student involvement became diminished as the administration took more responsibility for collecting the data,” Miller said.

Reducing carbon emissions can be understood in two parts: the annual reduction of Greenhouse Gas Emissions (GHGE) and the cost and payback involved from the school. The proposed strategies span from having a date of completion in 2010 or 2011 to indeterminate years. They were color-coded by the status of their implementation. Green strategies were ones already funded and underway, yellow ones were under consideration and white ideas were possibilities for the future. Of the 21 strategies, eight are green, four are yellow and nine are white.

Angela McTigue (‘15) leads several roles at New College since graduating in May 2019, one of which is working at the New College Physical Plant and Facilities to track the progress of the Climate Action Plan. She submitted the 2018–2019 data and is expecting Second Nature’s analysis to be updated on New College’s profile.

“Some of the strategies for reducing carbon are a little flawed, such as the first one which is adjusting thermostats to 78 degrees,” McTigue said. “That’s very warm! No one is around to enforce that either.”

McTigue is adapting similar ideas with equivocal applicability into the updated Climate Action Plan, such as solar-powered golf carts and personal limitations on shower and laptop use. She is highly interested in opening up the intersectionality of the plan.

“It’s important to provide the reasons behind changing our ways other than just reducing carbon emissions—giving that insight into actions of sustainability,” McTigue said. “We’re not just doing this for the environment, but for people and students; the community.”

Second Nature’s analysis will yield interesting data marking the changes that have been made on campus. To reflect the new carbon emission statistics, the new data will need to include all buildings added, such as the letter dorms built after 2007.

“Also, the 2013 data doesn’t include our efforts for the compost program or recycling on campus, or the estimated carbon emission reduction from having free bus access, or how the Green Fee has impacted our carbon footprint,” McTigue said.

The Green Fee, administered by the Council of Green Affairs (CGA), is a portion of student tuition that goes toward student-led sustainability efforts, totaling $28,000 annually. Started in 2012, the CGA also works on promoting the composting bins on campus, bikevsharing programs, growing the community garden and reviewing and implementing any proposals for sustainability from students.

Tidy Island, located in the north portion of Sarasota Bay, is half-comprised of residential houses and half-comprised of mangrove forest. The 177.7 acres were given to the New College Foundation, and are currently being used as a research area.

Another carbon sequester is the Food Forest, west of the detention pond in Old Caples, started in 2016. Among other fruits and vegetables, jackfruit, mulberry, mangos, jamaican cherries, starfruit and figs are grown for and by the community.

New College’s Boars Head and Hamilton Cafe have undertaken a menu with consistent vegan options, a step forward in reducing overall carbon emission through the taxing use of meat in meals. The dairy and meat industry are a heavy source of carbon emission in the United States: for every 100 grams of beef, 105 kilograms of greenhouse gases are produced from the belches and droppings of livestock, the quantity of feed required to grow them and the widespread deforestation to clear land for farming.

At each food section, vegan substitute meats and plant-based meals are available and many non-vegan meals can be made vegan by removing an ingredient. By reducing the dependence on meat and making veganism more accessible to students, the college shrinks its carbon footprint.

However, students with multiple dietary restrictions often struggle finding food that aligns with values, allergies, diet restrictions and taste—or sometimes a combination of these factors. While there is room for improvement in diversifying meal options and reducing carbon emissions stemming from animal products, as lab-grown meat and vegan imitation meals grow in popularity, many vegetarian and vegan students are excited that the campus has taken this initiative.

Goldsmiths, University of London is drafting a climate plan that includes banning beef from their campus by 2025. Additionally, the World Resources Institute (WRI) and United Nations (UN) Environment created the Cool Food Pledge, signed by multiple organizations including Harvard, the city of Milan, Ikea and Hilton, which emphasizes the shift to plant-based meals.

A critique often cast on climate action plans is that they are unrealistic. After the Green New Deal circulated news outlets, Fox News panelist ripped into the proposed solutions daily. Many found ending air travel, shifting to solar power and phasing out dependence on meat a utopian fantasy. The New College Climate Action Plan has ambitious ideas and goals, an outline of changes that many are reluctant or unwilling to make, not unlike the Green New Deal. Although even incremental change can be difficult to spur, the collective effort to halt climate change is picking up steam among campus institutions, and New College, as a progressive and environmentally conscious campus, is eager to be a part of it.