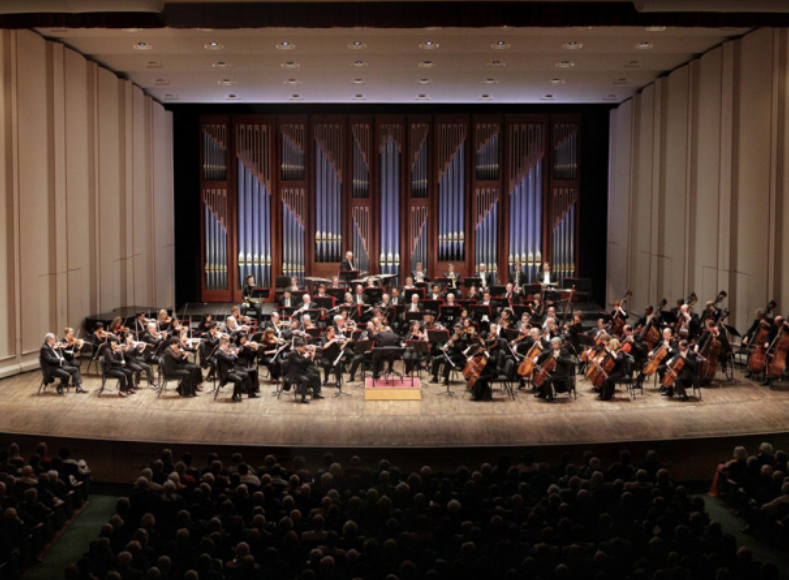 With an opera house, a ballet and an orchestra along with a myriad of acting and comedy troupes, Sarasota has a surprisingly large selection of classical arts organizations for the size and population density of the city. Along with the sheer number of performing arts organizations, there has been efforts to increase the number of programs specifically geared toward young people and students.

The Sarasota Orchestra, currently in its 68th season, is the longest continuously performing orchestra in the state of Florida. The 80-member Orchestra performs more than 100 classical and contemporary concerts each year and also runs the Sarasota Youth Orchestra and the Sarasota Music Festival. The orchestra’s mission statement has two components: dedication to “exquisite performance” and the promotion of a “first-class music education.”

Sarasota Orchestra’s music education program includes the 50-year-old Youth Orchestra, featuring five ensembles and seven levels – the most advanced of which, The Youth Philharmonic, made its Carnegie Hall debut in 2008. The Sarasota Orchestra also offers music lessons for students of all ages and abilities, sponsors multiple community outreach programs and is the parent program of the Sarasota Music Festival. This emphasis on education and increasing the accessibility of classical music has led the orchestra to attempt to reach out to younger people in the Sarasota community, with a special emphasis placed on college students and young professionals.

“One of the major things that we do is offer a discounted student ticket price for $9,” Joe McKenna, the CEO of the Sarasota Orchestra, said. “Those are available with a student id, allowing any interested student – with an id – to attend any of our concerts. All they have to do is contact the box office.”

McKenna’s interest in promoting classical music in Sarasota is part of a larger effort on behalf of the Sarasota arts community to reach out to young people in the area for more temporary reasons in the hopes that they may one day choose to build a life here. This interest in fostering a richer and more diverse arts community geared toward young adults was the basis for the creation of organizations like the Sarasota Culture Collective and events like Ringling Underground.

“The arts in general – and classical music in particular – really fosters the identity of Sarasota,” McKenna said. “Sarasota, as you well know, has a great reputation for being a fantastic arts community. So one of the big benefits is that we raise awareness for classical music and it really builds the community. When there is a strong arts community there tends to be a passionate and evolving community of young people. As Sarasota continues to develop and grow, the arts community expands and the classical music profile raises in quality and stature we think that’s going to be a magnet for attracting more people, and younger people, to the area.”

“There’s this quote that always comes up with music people, ‘music is the only universal language,’” Luis said. “Even people who don’t know how to read music can listen to music and can interpret music. In classical music specifically, when you think of the instrumentation – it’s made so naturally, for lack of a better word. To hear the emotion, to hear how composers can convey the human experience is pretty amazing.”

The schedule for the 2016 – 2017 season is available on the Sarasota Orchestra’s website (sarasotaorchestra.org) and features four main series: Masterworks (which features classical composers), Pops (featuring more popular and contemporary compositions), Chamber (featuring chamber music) and Great Escapes (which mixes light classical music with the Pops repertoire in a themed format).

“When people look at the Sarasota Orchestra and they see that we’re serving young people in our Youth Orchestra program and then inspiring young concert artists at the Sarasota Music Festival it all reinforces the idea of Sarasota as a very exciting and dynamic place to be,” McKenna said.