With Halloween just a few days away, the Catalyst has been digging up tales of New College trick-or-treaters who share advice on how to collect enough sugar to make study-weary souls shriek with delight.

Third-year Alex Miranda has plenty of experience in the field. “I don’t think I’ve ever stopped trick-or-treating,” she said. “I think I’ve gone every year.” She suggests scavenging on 64th Street in Bradenton, stating, “Those neighborhoods usually have the old people with all the candy.” She also recommends Heritage Harbor, where her parents live, known to be host to full size candy bars and sometimes cash treats.

During her first year in college, thesis student Dayna Lazarus went trick-or-treating with a group of about 40 other students who gathered in response to a Forum post. “We met in Palm Court and went out in a big group — that was really fun,” she stated. She enjoyed free candy in neighborhoods along Bayshore Road and said, predictably, the big houses had the big candy bars. Lazarus also got a good yield from neighborhoods off Tallevast Road and Whitfield Road.

Both Lazarus and Miranda suggest steering clear of U.S. 41 to avoid running into real horrors. Lazarus sticks to trick-or-treating with others, saying, “There’s no treat-or-treating by oneself — that doesn’t happen,” and adding that she would only go this year if she can get a group together.

Think you are too old to be knocking door-to-door for free candy? According to Lazarus, her college group was well-received by homeowners.

“Nobody was angry or anything — as long as you dressed up,” she said.

Miranda avoids awkward questions regarding her age by bringing along younger cousins for the night, a practice she will continue this year.

“I think you’re never too old to get free candy,” Miranda explained. “You can at least try, because most people, even if they think you’re too old, they usually aren’t gonna say anything. They’re gonna give you candy anyways.”

Instead of the traditional candy-hoarding adventures, some students have used Halloween as a night to collect for charities or bring attention to social justice issues. In 2008, thesis student Andrea Ortiz was part of a New College group that dressed up for Halloween and handed out fliers about the Coalition of Immokalee Workers (CIW). Ortiz said the group was offered candy at many of the houses they visited. That same year, Lazarus went with a group to collect canned foods for homeless shelters.

Whatever the method, if you don’t want to be shunned by sugar dealers, you will need to craft a costume. The Catalyst is here to share ideas on making a costume without ghastly spending. 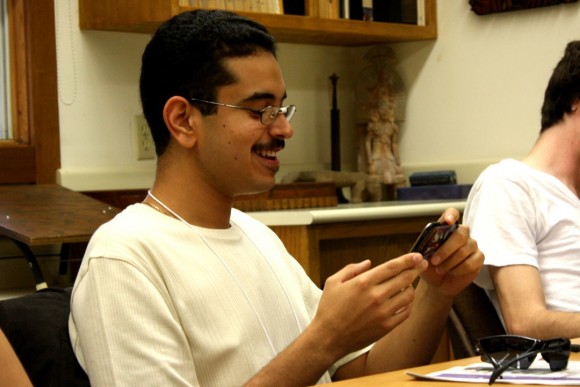 While Clark Kent took off his glasses to transform into his alter ego, the Catalyst suggests you put some on to do the same. With a single pair of glasses and some tape, your transformation into the stereotypical geek will be complete! Using a lisp when speaking can make your costume that much better. The costume is cheap, easy and is likely to make others chuckle.

And yes, the term is “geek,” not “nerd.” As a representative for the Institute of Geek Improvement, I’d like to take this time to explain that many geeks frown upon use of the word “nerd” and prefer the term “geek.” 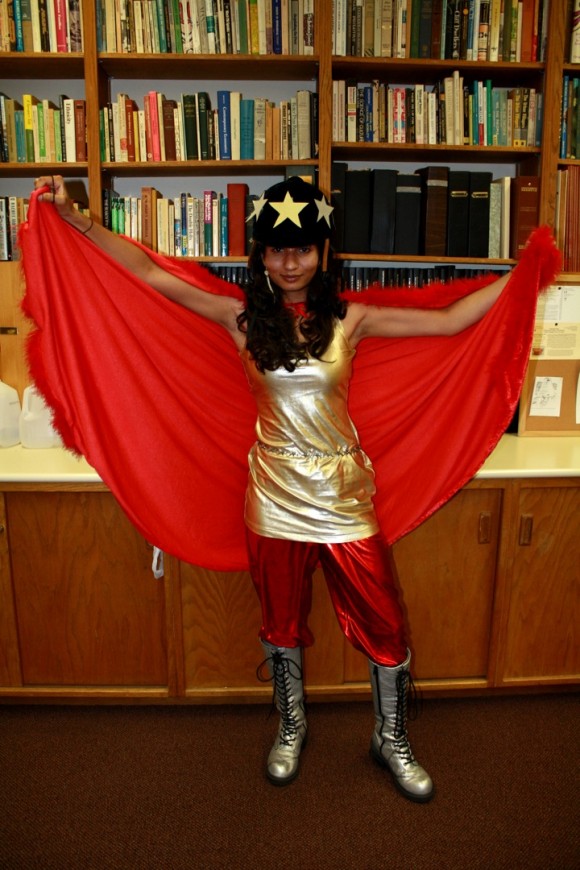 To make my costume, I threw together the shiniest dress items I could find, figuring the idea would present itself. On that note, my outfit initially resembled gift wrap.

My attire: a glitzy gold polyester dress I hope my sister purchased, shiny red pants leftover from a jazz dance outfit, lace-up silver boots I bought before an anime convention and a fuzzy red cape a friend once gave me. A nebulous idea was forming in my mind, but I needed more props before reaching a costume conclusion. For headgear, I cut out stars from silver and gold construction paper and taped them onto my old horse-riding helmet. To tie the outfit together, I wrapped a belt of metal stars around my waist and put on star-shaped earrings. 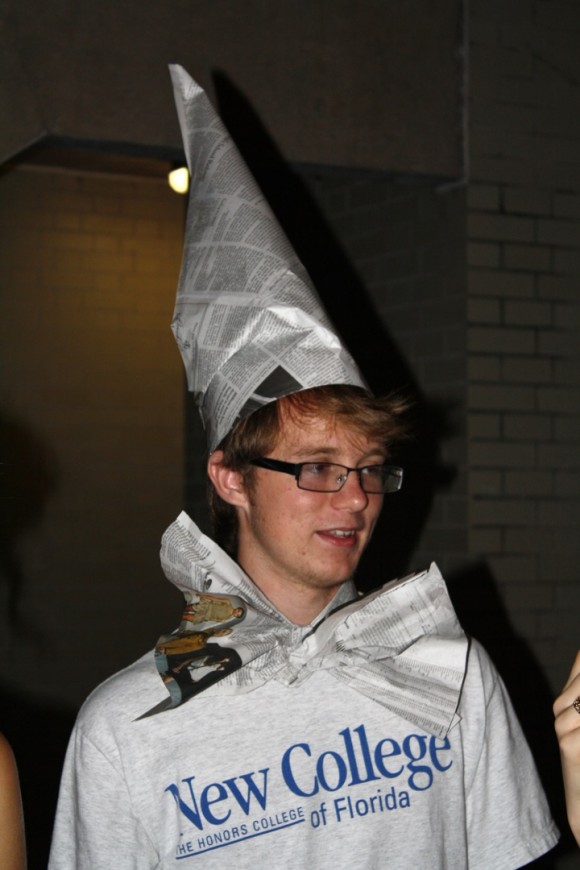 This year, Paul decided he wanted to be a wizard for HAlloween. Either that or a dinosaur. 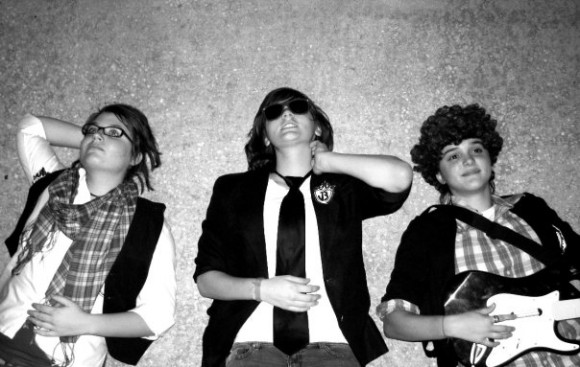 Everybody has a little bit of Joe, Kevin or Nick in them, so throw on some hipster clothes, a purity ring and some toy instruments — and then suddenly you are the heart-throb of all tween girls everywhere. No musical talent needed.

Be the change you want to see. Wear a Star Trek Uniform.