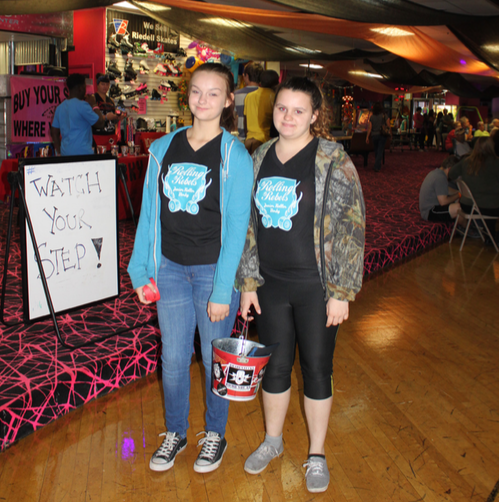 In light of recent events, Roller Derby remains a feminist powerhouse and an inclusive and welcoming environment for skaters and supporters alike to enjoy a night of sports and fun.

On Nov. 12 the Bradentucky Bombers took on the Vice City Rollers from Miami-Dade  at the Astro Skate and fun center in Bradenton in their last home game of their tenth season. The game started with a pre-game outside the rink at half an hour before the match started at 5 p.m.  Before the game started, the Bombers took a moment to commemorate their veterans, and recognized team members who had been part of the team for the past ten years and then began their match by introducing the players on each team.

The crowd cheered for the players, with names like Tess Tickles, Dannahbal Lecter, Diva, and Blink 1sk82 as they flew past on skates. The bombers took an early lead and kept their lead throughout most of the night.

Towards the end of the night they started to fall behind. However they were rescued by Tess Tickles who received 34 points in her last two rounds as jammer bringing the team up to 181 points over the Vice City Rollers.

Roller derby operates with two teams, with one jammer each. The jammer wears a hat with a star on it over their helmet. The jammer’s goal is to pass as many people as possible, and earns one point for each person that they pass. The lead jammer has the ability to decide when the jam is over indicating this by tapping their hips.

However, not only is roller derby an intense sport it is also a sport associated with strong women and feminism movements.

“Roller derby is probably one of the only full contact sports that the default is women,”  third-year Mollie Saumier, also known as Margaret Scratch-Her of the Bradentucky Bombers, said.

The women who participate come from all walks of life and have many interesting and diverse day jobs outside of the roller rink.

“You can find skaters of literally any size, shape, age, and background at the very top of the sport. I have teammates who are college professors, graphic artists, waitresses, physical therapists, you name it!” fourth-year Ana Cheng, who plays roller derby for the Tampa team, said in an email interview.

The Bradentucky Bombers closed out their season with this game, and a tradition called a spank train where their videographer crawled through the player’s legs and got spanked by each member because it was his birthday.

Tampa team’s season ended recently as well. But, for those who want to learn more about the sport Cheng recommends checking out the Women’s Flat Track Derby Association (WFTDA) page on Youtube.

The next season of roller derby for both the bombers and the Tampa team is expected to begin sometime in March of next year.