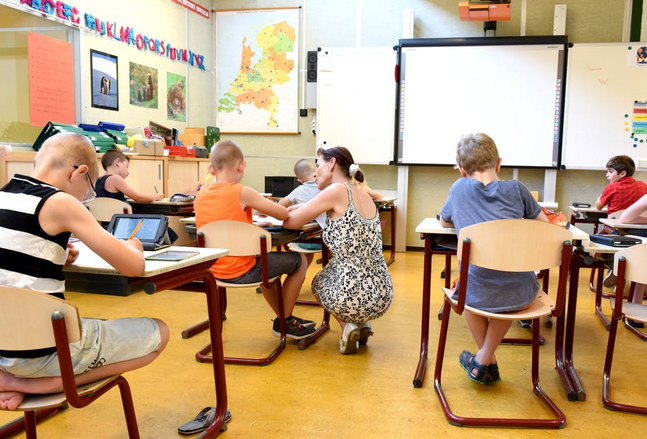 71% of textbooks for grades K-5 were designated to not be up to Florida's standards. Photo courtesy of Arthur Krijgsman on Pexels.

The Florida Department of Education (DOE), under Gov. Ron DeSantis, announced on Apr. 15 that they have rejected 41% of the submitted text books for K-12 math curriculum citing Critical Race Theory (CRT), inclusion of Common Core and addition of Social Emotional Learning (SEL) in mathematics.

Most of the books rejected were for grades K-5, where a shocking 71% of the books did not align with Florida standards, which includes the Benchmarks for Excellent Student Thinking (B.E.S.T.) standard for mathematics, which has replaced the previous Common Core standards.

The rejection of 54 of the 132 submitted textbooks on the state’s adopted list comes after DeSantis signed into law the “Don’t Say Gay” bill, which bans any discussion on gender and sexuality within the classroom. Additionally, outside the classroom, DeSantis has passed the “Stop Woke” act, which will set restrictions on whether workplaces are allowed to require inclusivity training and will limit discussions on equality in the workplace.

DeSantis, along with the Florida DOE, are attempting to stop the “indoctrination” of Floridians, and this means limiting the sources with which the youth get their education. Only one publisher—STEMscopes by Accelerate Learning—was permitted for standard K-5 classrooms within Math, severely limiting the freedom with which teachers and schools can teach their students.

When the materials list was released, along with the announcement that many of the initial submissions were rejected, the public was skeptical about the stated reasons given that the DOE had not released any direct quotes or examples of materials that were deemed inappropriate. After all, the department stated in a press release that “Florida’s transparent instructional materials review process ensures the public has the opportunity to review and comment on submitted textbooks,” and yet there were no examples to be found.

However, recently, the DOE updated their instructional materials’ page to provide multiple examples of what was deemed inappropriate. This includes two images of lessons from textbooks which use datasets from the Implicit Association Test, which allows people to test their racial bias, to show lessons on statistics, statistical bias and polynomials. These datasets showed a large sample of people tested, and allowed students to look at the correlation between racial bias, gender and political alignment.

Additionally, two other images were shown to include Social and Emotional Learning objectives within the lesson goals, specifically focusing on building agency and empathy in students by allowing them to work in teams.

These were the only examples given, and since the examples of CRT were displaying high school-level mathematics it begs the question—what exactly caused so many K-5 materials to be rejected?