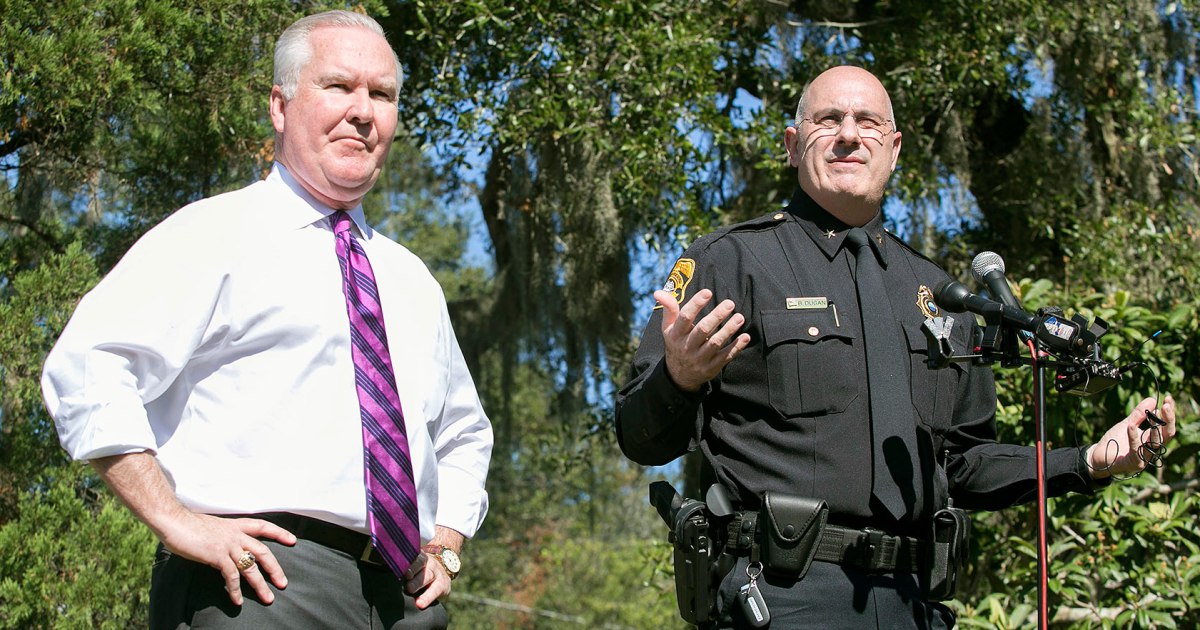 In this Wednesday, Oct. 25, 2017 photo, Mayor Bob Buckhorn and Interim Police Chief Brian Dugan address the media at press conference at Giddens Park in the Seminole Heights neighborhood in Tampa, Fla. Buckhorn told police officers looking for a suspect in three fatal and apparently random shootings in the neighborhood to hunt him down and "bring his head to me." (Gabriella Angotti-Jones/Tampa Bay Times via AP)

The shooting of 22-year-old college student Benjamin Mitchell on the night of Oct. 9 was the first murder at the hands of a mysterious killer who has left the police perplexed and residents of the Seminole Heights community on edge. The body of Monica Hoffa, 32, the second victim of the alleged serial killer was found in a vacant lot on Oct. 13, only four days after Benjamin Mitchell had been found. Less than a week later, a third resident of the Seminole Heights neighborhood, 20-year-old Anthony Naiboa, was shot to death at a bus stop just a block away from where Mitchell had been. Authorities have not found any obvious connections between them after investigation.

The police are in need of help from the residents themselves and any possible witnesses.  A surveillance video shows a person of interest running away from the scene of the first murder, although the police are uncertain whether or not this could be the murderer or just a resident outside exercising. They are asking the help of anyone who can identify the person caught on tape. The murders all happened in the quiet Seminole Heights community, with the victims walking alone outside, therefore police have advised for residents and anyone nearby to heed all warnings and take any necessary precautions. “We’re not using the word ‘serial killer’ yet because we just don’t have enough evidence,” Tampa Mayor Bob Buckhorn said.

Information for this article was taken from nytimes.com