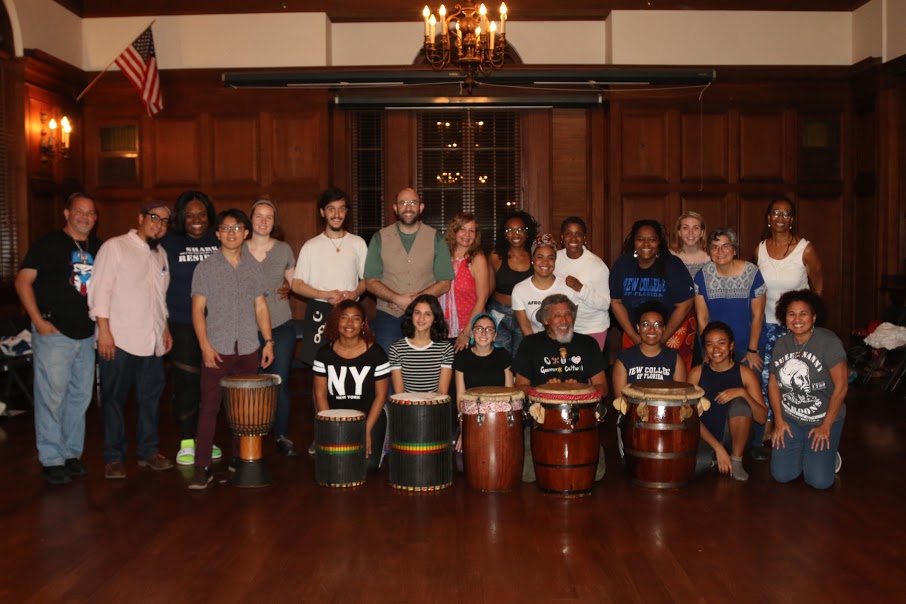 The Afro-Puerto Rican Bomba Dance Workshop kicked off this year’s Black History Month programming on Feb. 1 in the music room of College Hall. Students, professors and community members spent a few hours learning from experts and trying their hands at Bomba rhythms and beats.

Angel Luis “Balancé” Reyes, of the group Taller de Bomba Balancé, led the workshop. To begin the workshop, Reyes discussed the three different cultural identities behind Bomba: African, European and Indigenous. At great length, he discussed the history leading to the cultural and musical mingling of these three distinct identities in Puerto Rico.

“I really like that he took the time to teach people about the culture and explain to people what they were doing, where the instruments came from,” Liz Lebron, associate director of the Office of Communications and Marketing, said.

With this and other historical context, workshop attendees were asked to close their eyes and listen to different rhythms. Upon reopening their eyes, they were asked how the different sounds made them feel. Responses ranged from excitement to homesickness.

Next, Reyes instructed attendees in practicing basic Bomba drumming rhythm on the floor of the music room. Once they got a feel for it, six people at a time went up to practice on the drums. After everyone got a chance on the drums, Reyes had them form lines to practice Bomba dance steps across the room. The workshop concluded when everyone formed a large circle around the room. Everyone took a turn dancing in the center to Taller de Bomba Balancé’s drumming. Reyes informed attendees that dancers do not follow the drummers, but it was in fact drummers who were supposed to follow the dancers.

“It’s so beautiful to see people willing to engage with a part of your culture that is not in the forefront very much,” Lebron said. “I was really touched by that, that so many people came out.”