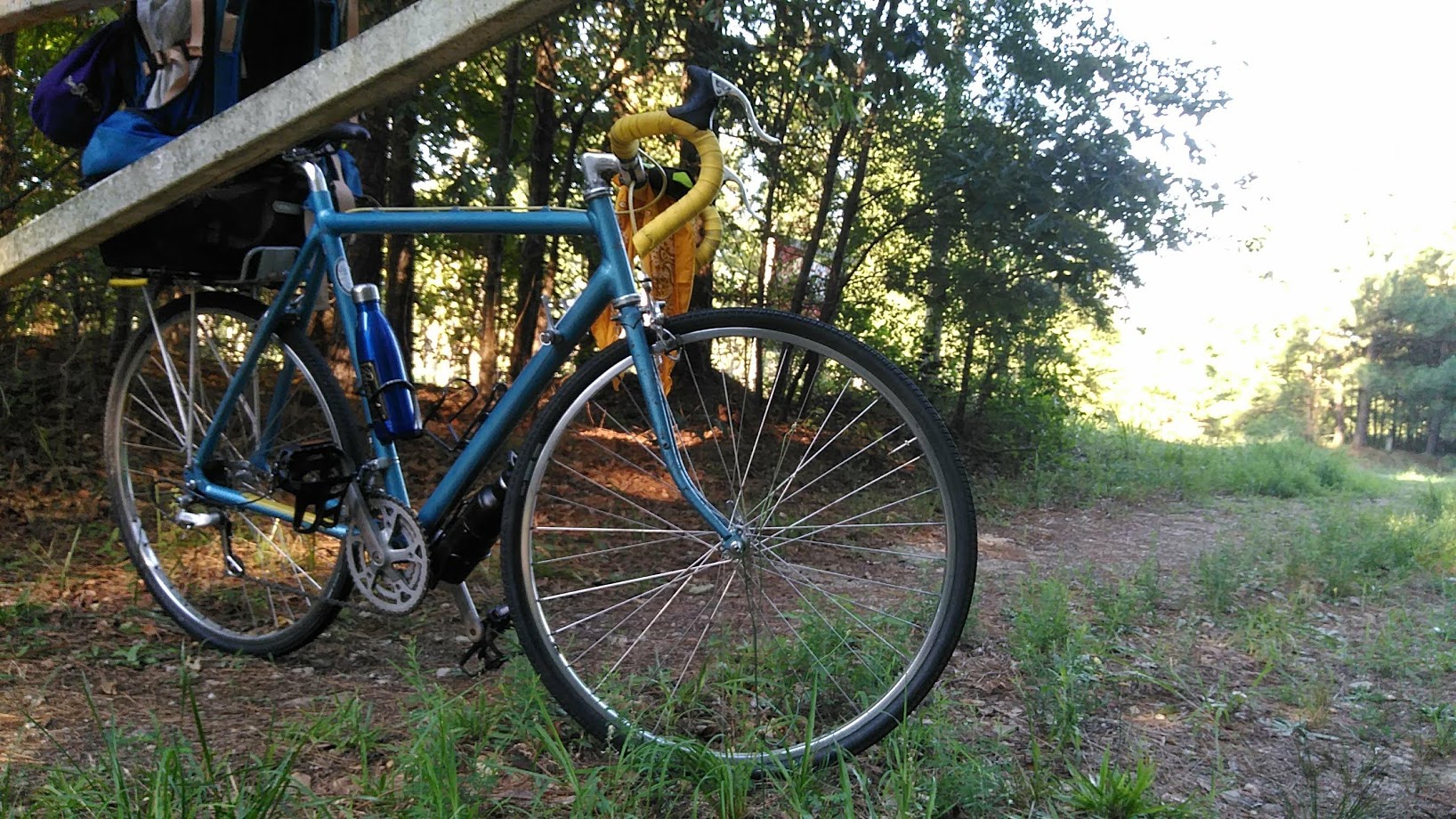 These bikes are sure to be noticed zooming down the overpass, being worked on at the Bike Shoppe or cruising around town. The Catalyst sat down with the riders of nine iconic bikes and talked with them about how they got their bike, their favorite memories and places to ride them.

Thesis student Emily Anne King found their touring bike on Craigslist and was planning on re-selling it to someone else, but they soon realized it fit them perfectly. “That was just a euphoric first couple of days with this 1983 Cannondale,” King said. King runs a Facebook page, “Craigslist Bike Classifieds,” and posts links to notable bikes from Sarasota’s Craigslist. King enjoys riding the trails near the University of South Florida Sarasota-Manatee campus and the Uplands neighborhood.

Professor of Computer Science John Doucette not only lacks a car, but also does not know how to drive. However, he does have a collection of bikes to get around town. He bought a 1998 Lemond Buenos Aires off Craigslist in 2013 when visiting his wife in California: the airport was over 50 miles away, so he took a train and got the bike along the way. His favorite ride is taking 17th Street to Nathan Benderson Park by University Town Center.

Thesis student Kaithleen Coñoepan started building this bike her first year. She wanted to build a road bike, and the Bike Shoppe Teaching Assistant (TA) led her to a recently donated frame. She learned about bike building through the process, and finished it by October of her second year. She has a better connection with her bike than her car and will take it with her abroad after graduating. Coñoepan enjoys biking to the downtown farmer’s market.

Thesis student Ben Cook found his bike on Craigslist for Bike Building Tutorial in March 2018. His fondest memory is when he rode this bike for the first time after having worked on it for so long; he wanted to get it ready in time for a collective bike ride around campus. He does not have a car and does not enjoy commuting to his job on University Parkway, but does enjoy biking around the neighborhood and around downtown after the farmer’s market.

Third-year Sydney Clingo’s mom found this bike for her on sale at Walmart at the beginning of her first year. She wanted to attach a milk crate, but her mom thought it was aesthetically unpleasing. At the dollar store, they spotted some fake sunflowers and were immediately drawn to them. “We have to get these, because that milk crate is just too ugly,” Clingo recalls her mom saying. She enjoys taking the path by the native plant restoration area to the Bay.

Over the past year, many bikes have been stolen from campus. Thesis student Jasmine Bullara, whose bike was stolen in December 2018, remarked, “I feel sad…it was a pretty big loss.” Her bike was over 30 years old and previously belonged to her dad. When she was growing up, she would ride around her neighborhood with her dad, but Bullara’s favorite ride on campus was to Old Caples. On the increasing bike thefts, Bullara suggested, “We need a bike vigilante to steal the bikes back.”

According to alum Drew Zay (‘10), these two bikes were built from Bike Shoppe scraps by Michael Getz and Kevin McCombs between 2012 and 2013. Getz created a Bicycle Frame Building Tutorial and got funding for welding equipment through the Student Allocations Committee (SAC). Of the Tandem, Zay recalled that he and Getz “used to ride the Tandem around as a fixed gear and pass up roadies with our combined leg power.” Thesis student Evan Teal, who has ridden Tall Boy in the past, remarked, “It needs to be repaired but it is fun to ride.”

When third-year transfer student Sydney Rosenthal was moving to New College, she wanted to fit all of her possessions in her car at once. Her full-sized bike wouldn’t fit, but her mom’s friend had this bike, “Miss Behaving,” that his daughter had outgrown. It wasn’t long before she realized it wouldn’t ride over the overpass, and brought up her bigger bike instead. “Now she’s rusting outside because I care about my other bike way more,” Rosenthal said. “I hope someone will take her for a joyride. She’s free to ride to anyone who wants, and to be loved.”