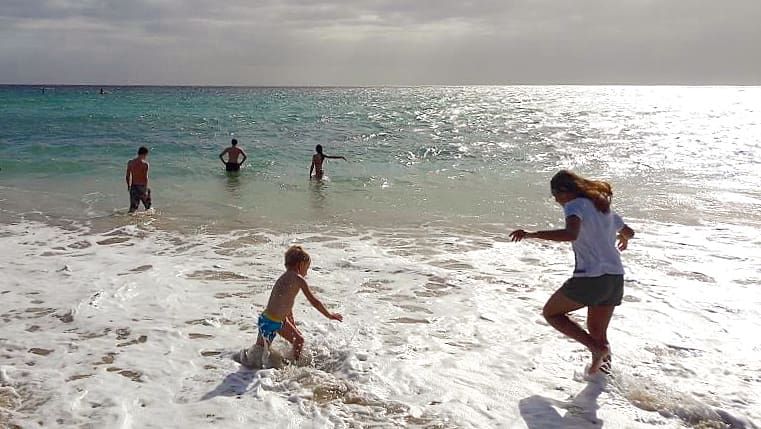 As young adults approach critical decisions, such as applying for university admission, many feel overwhelmed with feelings of confusion, self-doubt and dissatisfaction. For the first time, they consider the long-term future and ask themselves the age-old existential question: “Is this really it?”

During the transition from high school to college, it may seem as if the buildup of stress merely transfers over from the previous institution to the next. A 2015 study on academic burnout by research scientists at the New York University College of Nursing (NYUCN) revealed that “youth experience high levels of chronic stress, to the extent it impedes their abilities to succeed academically, compromises their mental health functioning and fosters risk behavior.” Now more than ever, simply taking a break can be a crucial act of self-preservation. Poet and activist Maya Angelou once wrote, “Every person needs to take one day away. A day in which one consciously separates the past from the future.” Sometimes, a longer period of time is required to rest, heal, reflect and maybe even have an adventure away from the monotonous cycle of daily life. Thus, more and more students are choosing to take a gap year.

Although gap years are common in Europe, they are only beginning to grow more popular in the U.S. In part, they have been popularized by high-profile figures making this key decision, such as Prince Harry and Malia Obama. Students decide to take a gap year for a variety of reasons, such as to travel, work or regain one’s health. Taking a year off presents several possible benefits, depending on what one chooses to do, including “practical field experience,” “clarity about career ambitions” and a “reignited curiosity for learning,” as listed by the Gap Year Association.

In email interviews with the Catalyst, several New College students shared their stories and reasoning for taking a gap year.

First-year Jacob Brody-Ogborn decided to embark on a gap year after finishing his senior year of high school. “I needed and wanted a break,” Brody-Ogborn said. “I wanted to grasp the moment and explore!”

During the year, he was able to travel and volunteer in Ecuador, work in a hotel in Costa Rica and work as a waiter in England. While in Washington, D.C., Brody-Ogborn worked as an intern for Virginia Sen. Tim Kaine. Brody-Ogborn added that he also appreciated being able to spend a vacation in Ibiza, Spain, bonding with his family.

Students may also focus on one activity during their gap year. Thesis student Sofia Eury volunteered at a Baha’i Temple in Panama City, Panama before attending New College.

Fellow thesis student Elly Bovarnick took a gap year between high school and college as well, spending nine months with the Nativ College Leadership Program, during which she took classes, volunteered and traveled throughout Israel. She lived half the year in Jerusalem and the other half in a small youth village in Haifa.

“I figured that there would never be another time in my life where I could just get up and leave the country for a year,” Bovarnick said. “It made me so motivated to commit to school and I learned so much about myself and others.”

With all the great things one can accomplish during a gap year, why limit yourself to one? Visiting student Jenny Chen took two gap years, one spent in New York and one travelling throughout the United States. After high school, Chen joined City Year, an Americorps program, and helped tutor middle school students.

“I felt like a fraud being at a prestigious high school, so when senior year came I didn’t feel college was calling,” Chen said. “I joined City Year because I wanted to understand the value of an education if I were to finance it. It proved to be an invaluable experience.”

A year and a half into college, Chen decided to put her academics on hold once more and worked on organic farms through the World Wide Organization for Organic Farming (WWOOF) while couchsurfing in the homes of strangers.

“My health languished and I felt uninspired by the university system. I took another break to recuperate and travel,” Chen said. Elaborating on why she felt like the university system failed her, Chen added, “I left university because it wasn’t providing me the education I desired, and thought it silly that we are sold an education confined to the walls of an institution when we could get an education anywhere. The world’s our education.”

If taking an entire year off seems too daunting, there is also the option of taking a gap semester. Third-year Angel Reyes spent several months working and travelling, making his way from Sarasota to his hometown of Austin, Texas, then journeying to Portland, Oregon for a tour of the Pacific Northwest. Afterwards, Reyes hopped on a flight to Southeast Asia to explore Vietnam, Thailand and Cambodia.

“I was so burnt out from school,” Reyes said. Yet, his time away from New College also helped Reyes see the community in a different light. “[Taking a gap year] gives you such an appreciation for being in school and being in this environment of creativity and thought. You begin to see what this community truly is and how community is hard to come by in general.”

Before taking a gap year, there are some important considerations, including assessing one’s financial situation and setting out one’s goals and activities.

“Money was huge,” Bovarnick admitted. “I spent most of my college fund on my gap year. Luckily, New College was affordable.”

“Plan it out—a plan is better than no plan,” Brody-Ogborn advised. “Work around your budget.”

On the other hand, one could be more spontaneous. “I made the decision and did it within a week,” Reyes stated.

All in all, as to whether they would advise others to consider taking a gap year, all interviewees replied with a firm “yes.”

“My gap year was the best year of my life,” Bovarnick said. “I discovered how happy I could be on a daily basis and I strive to maintain that happiness in my life today.”

Moreover, not all teens may be immediately college-ready after graduation. “Going straight to college without first understanding one’s own habits and maturity-level is a very costly mistake,” Chen said.

As someone who took a gap year, I can definitely say that spending a year studying, travelling and living with a host family in Germany was the best decision I’ve made in my life. Not only did I create meaningful bonds with my host family and classmates, but I also attained proficiency in the German language that I will be able to use for the rest of my life. After enjoying my freedom travelling Europe, interning as an English teaching assistant and exposing myself to new cultures, I felt a new, stronger sense of independence and self-confidence.

While some people may claim that taking time off puts one “behind” one’s peers, spending a gap year developing oneself and exploring new places equips students with real-life experience and skills that other college students will not be able to learn from a classroom.

Before long, new responsibilities and obligations may get in the way of pursuing a gap year. These New College students urge everyone to take a chance and step off society’s conveyor belt.

“When in your life will you be this young again?” Brody-Ogborn asked. “The answer is never.”

Information for this article was gathered from Wouldn’t Take Nothing for My Journey Now by Maya Angelou, the New York University College of Nursing (NYUCN) and the Gap Year Association.