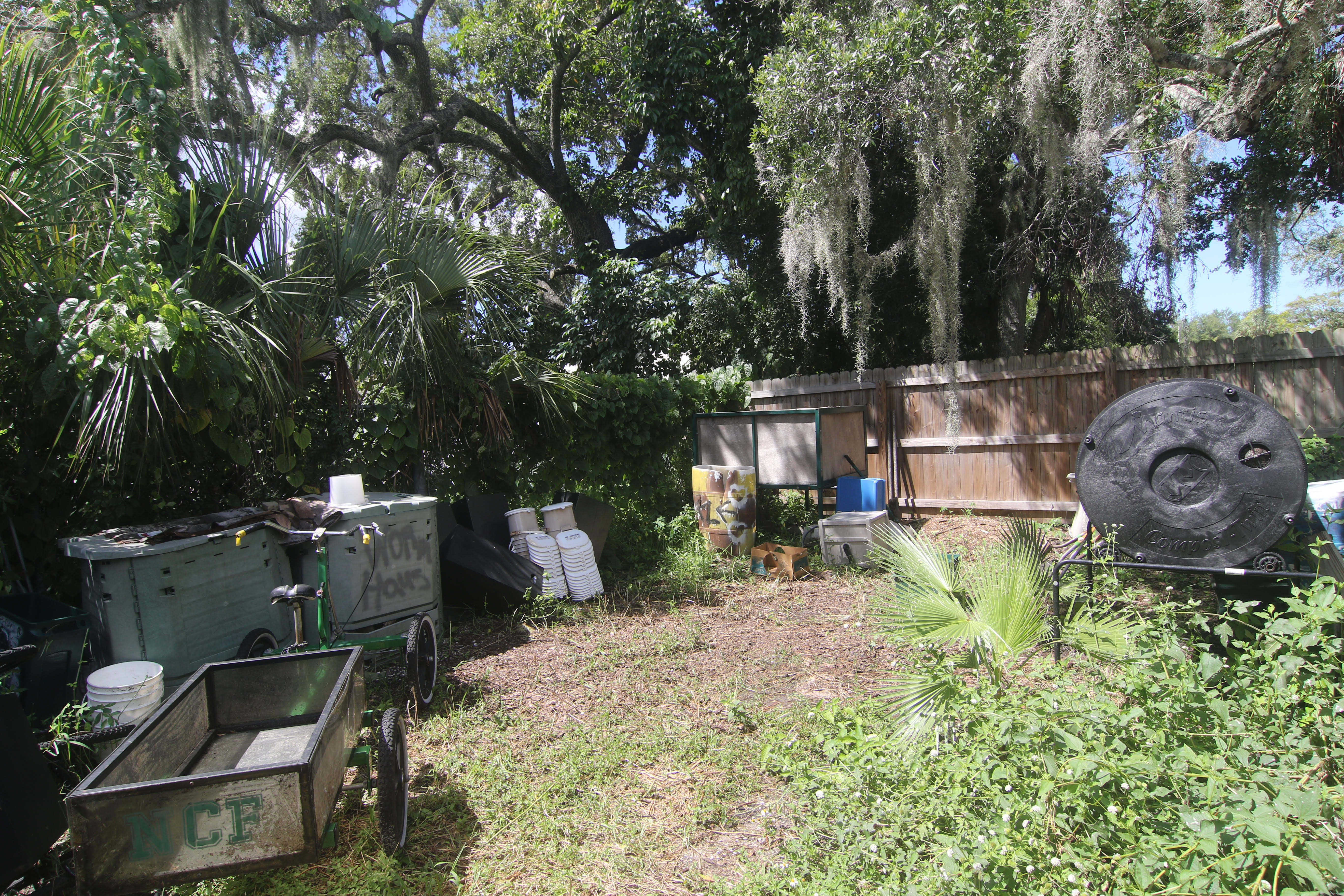 “Bring back the worms!” Julene Valmaña, a Teaching Assistant (TA)-in-training, cried. Thesis student and Compost TA Allegra Nolan discussed current issues in New College’s compost system in the common room of the Sustainability Living Learning Community (LLC). The worms, used to improve the breaking down of food scraps, left this summer because there was no position for a summer TA to continue adding organic matter to their bins. Nolan also expressed concerns about the inability for the compost piles to properly break down due to the weekly addition of new organic material. She explained this basic rule of compost: let the pile decompose after the initial addition of food scraps. It allows the waste to break down properly and turn into useable compost. Second-years Francesca Galliano and Julene Valmaña, Compost TAs-in-training, have their work cut out for them.

Food scraps that end up in landfills contribute a great amount to the increase in methane and carbon dioxide in the atmosphere. When organic matter gets dumped in a landfill, it becomes trapped under all the layers of garbage piled on top of it. This prevents oxygen from helping the matter decompose. The absence of oxygen in the decomposition process produces methane rather than carbon dioxide.

“Landfills are one of the biggest methane producers created by humans,” Assistant Professor of Biology and Environmental Studies Brad Oberle said.

Methane gas heats up 10 times faster than carbon dioxide in the atmosphere. Landfills in general are unsustainable and bad for human health. According to Oberle, composting can reduce the harm done by landfills by improving atmospheric conditions, reducing fracking (for plant fertilizer) and creating more space for natural habitats.

Food waste is the amount of food that has been lost or unused at any stage in the global food economy. Reported by Gustavson et al. in “Global Food Losses and Food Waste,” wealthier countries waste food mainly at the consumption stage. According to the United Nations (UN) Food and Agricultural Organisation, between one-third and one-half of all food produced globally is wasted.

“The resulting economic loss [from food waste] is somewhere between 780 billion and 1 trillion dollars a year, while with approximately the same amount of money, or less, all of the nearly eight million people who are going hungry every day, could be fed,” the Post reported.

Assistant Professor of Economics Mark Paul mentioned municipal composting as an emerging solution to the giant amount of food waste produced by urban areas. Municipal composting centers pick up compost from residents for a small fee and process it at a composting plant, similar to our campus system. Then, members of the community can pick up bags of compost to encourage small-scale gardening in urban areas.

Although this seems like a possible solution to the problem of food waste, the U.S. government has not made movements toward implementing large-scale compost. Paul theorizes that this may be for one of two reasons: waste-management is highly centralized and holds financial and media power or compost just is not on most people’s radar.

Information gathered from huffingtonpost.com and fao.org.