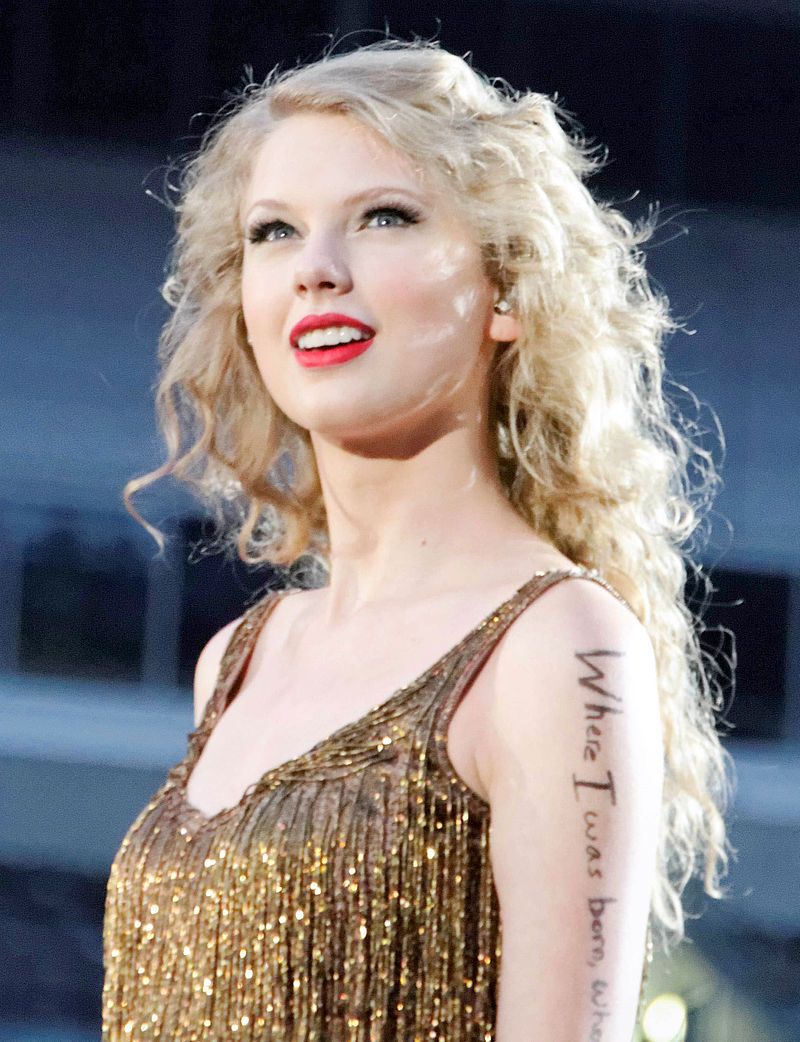 In the initial time after signing with Big Machine Records, Swift wrote over 250 songs before releasing her album "Fearless."

Taylor Swift has had a rough couple years with the rights to her master recordings of her first six albums being sold in June 2019 when record executive Scooter Braun’s company Ithaca Holdings LLC purchased Big Machine Records for roughly $330 million.  These first six albums span 11 years, starting in 2006 with her debut self-titled album and ending with her 2017 album “Reputation.”  As of late-2020, Swift has begun re-recording her albums in an effort to fully own all of her intellectual property, beginning with her iconic 2008 album “Fearless,” the re-recording of which was released Friday, April 9.  This week’s Songs You Should Hear focuses on this triumph and features some stand-out tracks on the record, which contains all the original tracks as well as some “from the vault” that were written but not released from the time.

Every Swiftie swoons a little when the opening guitar starts as they are transported as if by magic back to their childhood bedrooms, hearing the song through a boombox speaker.  It is immediately evident in this beginning track that Swift put a lot of effort into maintaining the original integrity of the album.  The song is whimsical and fun as Swift manages to create a song that sounds like the honeymoon phase of a new relationship.  This song is flawless, really something.

There is something really special about hearing a 31-year-old Swift record this song.  This more retrospective track contains a lot more power now that Swift has gained more life experience since writing it at 19-years-old.  The line, “Back then I swore I was gonna marry him someday / But I realized some bigger dreams of mine,” hits particularly hard now that she is older and wiser.  This song is all about perspective and the realization that there are bigger things in life than frivolous high school romances, such as an incredible music career in Swift’s case.  This song really shows how much Swift’s ability as a singer/songwriter as well as a producer has vastly improved over her career.

This song was a Christmas present to Swift’s mother Andrea in 2007 and takes on a different meaning with more recent news of her battle with cancer.  On her 2019 album “Lover,” Swift included the track “Soon You’ll Get Better,” which featured the Chicks and chronicled Swift’s journey with her mother through the illness, from doctors visits to prescriptions with the lines, “Holy orange bottles, each night I pray to you / Desperate people find faith, so now I pray to Jesus, too.”  “The Best Day (Taylor’s Version)” has a more melancholic tone in this light, especially the line, “Don’t know how long it’s gonna take to feel okay / But I know I had the best day with you today.”  Swift makes us all want to hug our loved ones a little tighter.

This last track is the perfect pop song.  It is insanely catchy, much to Mr. Joe Jonas’ chagrin, as Swift describes the torment of having heartbreak affect one party overwhelmingly more than the other.  Swift mocks the callousness and “casual cruelty” of the boy who broke her heart.  Notable lines include, “It takes everything in me just to get up each day / But it’s wonderful to see that you’re okay,” and, “He’s so smug, Mr. ‘Always wins’ / So far above me in every sense / So far above feeling anything.”  It’s a wonder that she didn’t release this bop thirteen years ago.

As always, the tracks listed above can be found on Spotify.