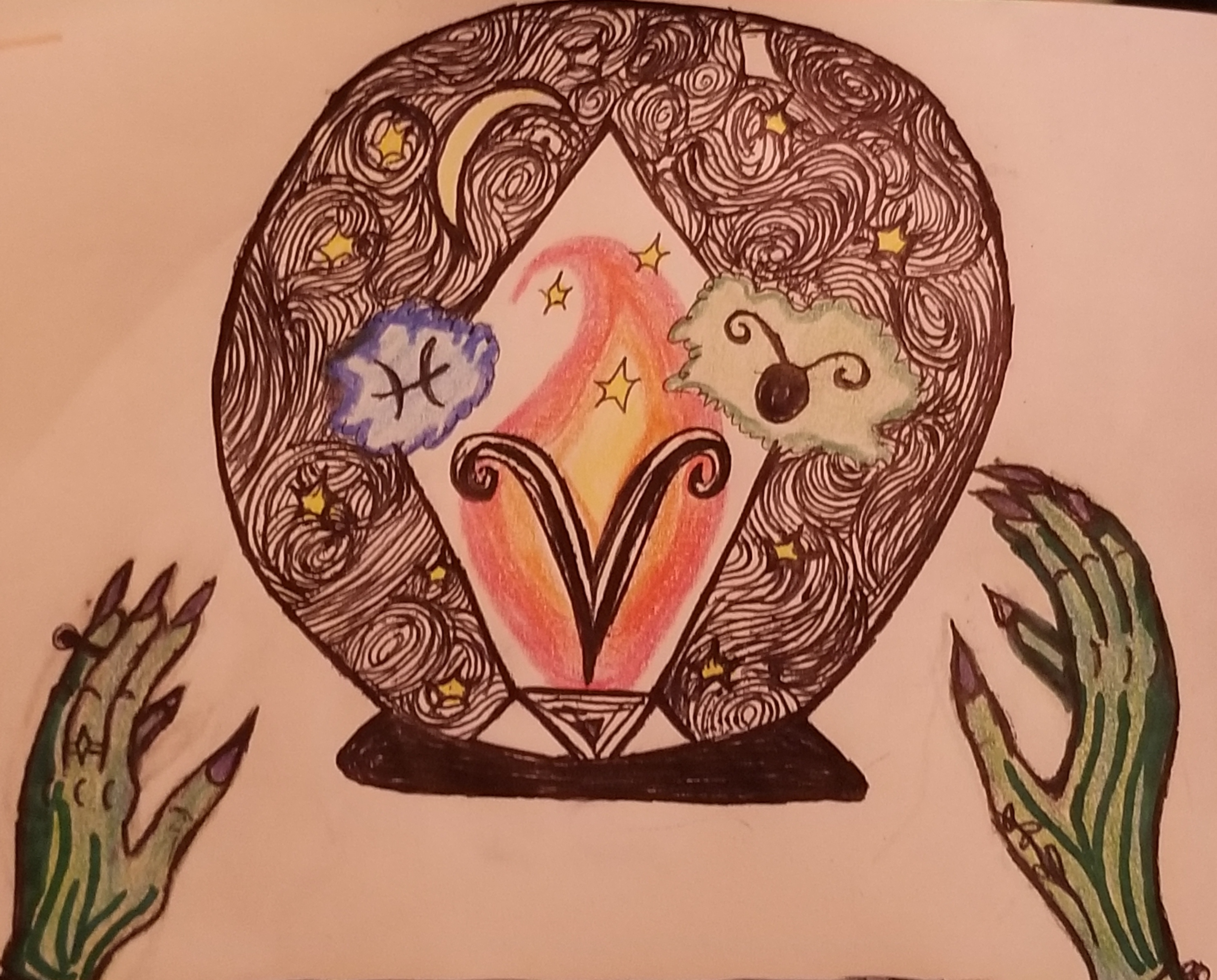 New College students are turning to the stars to understand themselves and each other. If one approaches an 18-25 year old and asks for their sun, moon and rising signs, they will probably have an answer. Astrology memes are abundant on social media; the signs as TV show characters, dog breeds and much more can be found if an internet user knows where to look.

Some students view astrology as fun, while others find themselves deeply immersed in this study of the sky.

“Astrology is a language and a practice and the more that you study and invest in it, the more you get out of it,” thesis student Becca Caccavo, an Aquarius sun, Aries moon and Leo rising, said. “It is not useful to get disconnected parts.”

Caccavo recalls sitting in the Four Winds Café a couple years prior and beginning vigorous study of her own birth chart, jotting notes into a gold-adorned notebook.

“I took really meticulous notes about my stuff and so many people that I’d meet, I’d ask about their signs,” Caccavo said. “I would look at their chart and sort of have this Excel sheet in my brain.”

Caccavo, after years of study, now offers birth chart reports ranging from $20-$30, depending on what the client wants. According to Caccavo, her clients so far have been off campus; while students have expressed interest, they have not followed through. Caccavo explained that there is much more to astrology than the memes.

“It’s pretty fucking dense, it takes studying,” Caccavo said. “Not only are you paying for my labor, you are paying for my knowledge, expertise [and] my continued investment in my education.”

Astrology has a storied past and takes a detailed look at the sky the moment someone was born, compared to the sky present-day. According to the official site for the American Federation of Astrologers, early astrology goes all the way back to the Babylonians. They created the zodiac wheel in 700 B.C. that is used today.

Caccavo also brought up the prevalence of astrology in India. A 2014 NPR article by Julie McCarthy entitled “In India, Science and Astrology Comfortably Coexist” discussed this in detail.

“It is not uncommon in India to find highly educated people from accomplished professions becoming astrologers,” McCarthy said.

For some on campus, however, astrology is not so much an intense study as it is an intriguing framework.

“Trying to reconcile our interactions with the macro-patterns of the universe is a really fascinating concept,” first-year Beau Perkins, a Leo sun, Pisces moon and Pisces rising, said.

Perkins explained that he considers astrology to be a more casual and fun practice for him.

“I do see power in it in some ways but overall I think that I can’t give much credence to it,” Perkins said.

In his two semesters on campus so far, he has discussed and contemplated astrology a good deal.

Perkins’ casual approach to astrology is not uncommon. A 2018 article in The Atlantic by Julie Beck entitled “The New Age of Astrology” explores why millenials have gravitated toward the study.

“Over the past two years, we’ve really seen a reframing of New Age practices, very much geared toward a Millennial and young Gen X quotient,” Lucie Greene, the worldwide director of J. Walter Thompson’s innovation group, told The Atlantic.

The article states that astrology is well-suited for the Age of Information, since there is a low barrier to entry and different levels of research that people can do on the topic, based on their interest. Beck cited a 1982 study by psychologist Graham Thompson that showed people turned to astrology in times of stress.

In the past, astrology has been mocked as an irrational pseudo-science.

“Many people I spoke to for this piece said they had a sense that the stigma attached to astrology, while it still exists, had receded as the practice has grabbed a foothold in online culture, especially for young people,” Beck said.

Caccavo stressed that astrology is not a pseudo-science, nor does it try to be a science.

“Astrology is not a science, but it is a cultural, interpretive art,” Caccavo said.

Information for this article was gathered from npr.org, theatlantic.com and historyworld.net.

To learn more about Caccavo’s astrology reports, visit @beccaccavo on Instagram or look for her advertisements on the Forum.