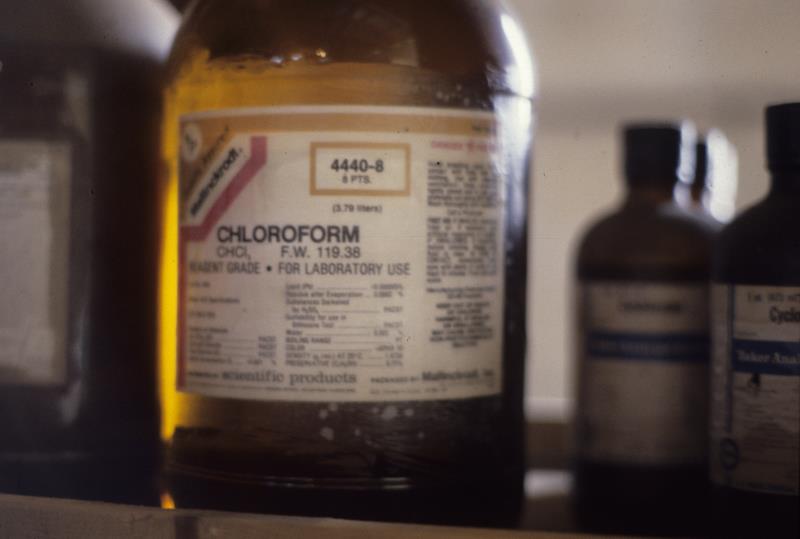 Content warnings: illness, depression, demons, anything of that sort.

This year I was an Orientation Leader. For one of my events, I decided to write a ghost tour combining some of the stories that I had heard from my friends, professors, and alumni. The tour was meant to entertain and to orient the new students with different places on campus. It was pretty informal, so a lot of the claims made here are somewhat dubious, but everyone had fun.

The Dort and Gold residence halls are some of the newer dorms on campus, having been built in the 1990s. Still, some students have reported haunted experiences.

A friend of mine lived alone on the bottom floor of Dort. Her cat would react aggressively to seemingly nothing; it would hiss, growl and hide in the darkness. She lived there alone and would hear bumps in the night, lights would turn off and on, and on one occasion, heavy furniture was stacked on top of each other.

Another person heard distant music when they were in Dort 307 B and nowhere else in their dorm. They asked the person below them if they (or anyone else) had been playing music, but no one had. It happened the year before my friend, Phoebe Sernaker, and I lived in that exact room. In that dorm, we personally witnessed heavy doors opening and closing themselves, and heard footsteps above us at night, even though we were on the highest floor.

People have reported doors locking on their own and bumps in the night. A friend of mine who lived in the letter dorms received a text from his roommate late at night asking that he stop making so much noise, but he wasn’t home at the time.

Take a look around at First, Second, and Third Court. These aren’t the oldest residential halls on campus, but they are the most recognizable. More students have lived in Pei than anywhere else. Who knows what kind of energy they’ve left behind?

One of the more notorious spirits of Pei is called Varney. He supposedly haunted Pei 341 in the late 1990s. According to alum James Sheridan, Varney would turn lights on and off, give students chills, or occasionally touch them. The last time the Catalyst interviewed Sheridan about his experiences, the equipment failed and no sound at all was picked up, which is a fairly common occurrence with paranormal investigations. While no reports of Varney have resurfaced recently, it’s curious to think about where he could be today.

Several other Pei residents have had strange experiences. In the 1990s, multiple students living in Pei 202 experienced items moving on their own, such as things flying off shelves or the shower curtain opening and closing on its own. They would the curtain moving when no one was in the bathroom.

Some friends of mine living in Pei 134 reported doors turning on their own, strange noises from the supposedly empty room next door, and water faucets turning on in the middle of the night.

Another friend, who I think lived in Pei 332, had a number of concerning experiences. He had a Celtic cross hanging on his wall that flew off the wall. One night after taking a shower, he looked in his mirror and there were mysterious handprints in the condensation. He and his roommate compared their handprints to the ones on the mirror and there was no match. Creepy stuff.

An alum had a strange experience one night in the second court lounge. As he entered the lounge, he saw a woman in a white shirt and white jeans standing at the sink, who he believed was his friend Michelle. He entered the lounge completely, and started to call her name. But he turned and she was gone. The lounge was empty, and she couldn’t have left. And the sink was wet as if someone had just been there.

One of the more well-known and scary stories about Pei happened to a group of first years living in first court in 2015. One night, they decided to play with a Ouija board. When they asked the board if there was anyone who wanted to communicate, the planchette moved quickly and forcefully to yes. Then they asked the entity its name. It moved to the letter Z, and then to O. If you’ve heard any cautionary tales about Ouija boards, you’ve likely heard of Zozo, who is commonly known as the Ouija board demon. The speaker said goodbye to the entity immediately, and then explained who Zozo is. The demon Zozo often comes through Ouija boards to mess with inexperienced users, often luring the users in with promises of telling their futures or something else. While the original speaker refused to touch the Ouija board again after saying a prayer and cleansing the room with sage, their other roommates felt a compulsion to keep playing and keep contacting Zozo. They eventually had a Catholic priest bless the entire First Court.

Caples has a reputation on campus for being one of the more active paranormal sites, perhaps because the old mansion sits in the dark back corner of campus, away from lively residence life or the busy ACE Plaza.

Security guards patrolling Caples at late hours of the night have reported hearing the piano playing when no one was in the building. Professors coming to their offices in the morning reported things moved around and lights on when they had been off the evening before.

Other entities who inhabit Caples include a man in the garden who wears a white suit and a woman in a purple dress who plays the piano. One student reported seeing two shadow figures talking and gesturing to each other inside the Carriage House.

Some of the most notorious stories about Caples can be debunked, however. A room in Caples was rumored to have bars on the window to contain the mentally ill daughter of the Caples family. However, this barred room doesn’t exist. The ‘bars’ on the window actually belong to the wine cellar, and it’s only a trick of the eye that they appear on the window.

As for the piano playing, an alum claimed that a rat would run along the keys of the piano. Misplaced objects could be explained by early morning custodial staff. Some other strange phenomenon might be blamed on Professor of Literature Aurthur “Mac” Miller, who “haunted” Caples during a divorce that left him sleeping in Caples some nights. He gladly fed into the rumors of paranormal activity at the mansion and would flicker the lights, make noises to scare the students and other things like that.

Still, other people have had strange experiences that can’t be easily explained away. It’s definitely worth it to think about.

Often the Four Winds staff came in at late hours to prepare food for the next day. Lights flicker and students would feel strange. Employees would hear their names whispered in the dark.

The Palmer Buildings are some of the first buildings built by New College. Over the years, they’ve served as dorms, classrooms, administrative offices and research spaces. Staff and students sometimes have to stay there late at night, and have reported strange occurrences. A few years ago, the Catalyst was run out of Palmer E. One student was working late and heard a light switch turning itself on and off—as in heard the audible click of the switch.

A friend of mine had a strange experience working late on a research project in Palmer C. He was one of the only students with a key to the research area he was working on, and he was the only one who would have been in the lab that evening. He heard a knock on the door, and opened it a second late, only to see that there was no one there and the door facing the outside, which was heavy and would automatically swing shut, was stuck in an open position.

College Hall has been investigated by a number of organizations, including the Paranormal Society of Bradenton.

College Hall was finished around 1926, and was built by Charles Ringling, one of the two Ringling brothers of the Ringling Brothers Circus. However, Charles lived in the mansion less than a year before he died and left his wife, Edith, to live alone in the mansion by herself. A short time after Edith died, the mansion became property of the state before New College acquired the property in the 60s. It’s been the library and administrative building and now mostly houses classrooms and faculty offices.

Like Caples, the piano in the College Hall Music Room has been known to start playing on its own. According to some who attended benefactor Jane Bancroft Cook’s memorial, the organ started playing during the service. People who spend a lot of time in College Hall report hearing footsteps and voices when no one else is in the building. Some have seen shadow figures out of the corner of their eyes, especially in the upstairs rooms that used to be bedrooms.

Another student was playing the piano one afternoon. After a few minutes, they noticed a cloudy outline of a person starting to form on the window seat. The student tried to stay calm, but got anxious, which agitated the entity. They felt a strong cool breeze even though all doors and windows were open and then something brushed past their skin, even though they were the only ones in their room. The sheet music moved as if something were touching it. The next time that the student went back into the music room at College Hall, they saw a portrait of Ethel Ringling, identical to the apparition that appeared to them.

The Ca d’Zan is haunted by Mable Ringling, who died in her bedroom shortly after the construction of the mansion, which she helped design, was completed. The next wife wasn’t allowed to enter that room and legend is she was spotted lingering at parties for decades.

At Asolo, acting students there late at night see actors in period dress, cold spots and the manager reported seeing a black mass sweep over the ceiling.