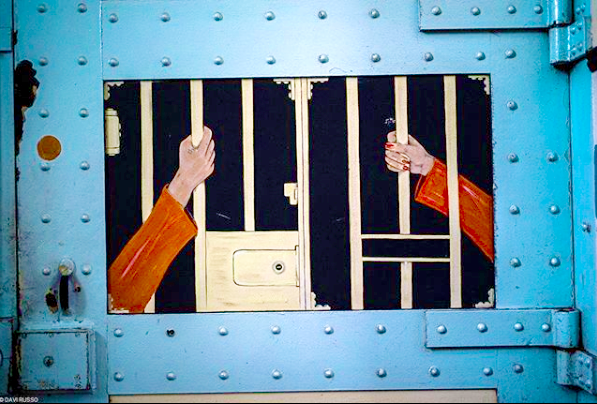 (Photo courtesy of Davi Russo) Due in part to decisions made by Florida Governor Rick Scott, current fl oridians with past felony convictions are automatically unable to vote.

“Can’t we find it in our hearts to choose to forgive and not forever condemn?” Governor Charlie Crist asked Florida’s Executive Clemency Board in 2007. He was attempting what Floridians are attempting to do still today: give a second chance to those who have paid their debts to society for their wrongdoings. In conjunction with Progressive Sarasota, New College students are at the forefront of the cause, having collected over 200 signatures for the Voting Restoration Amendment at the Sarasota Sandcastle Festival.

With 10.42 percent of Florida’s population unable to vote, it is the top ranking state for disenfranchised voters. The amendment could potentially be a huge win for thousands of Floridians currently deprived of this civil right.

“It’s really easy to put the label ‘felon’ on someone and once that label is ascribed it’s so difficult for them to do anything, let alone vote,” second-year and Policy Chair Holder for MHWF, Kristen Patterson said in an interview with the Catalyst.

Florida has one of the highest incarceration rates in the country, with over 100,000 people in prison right now. Police bias in the state contributes to this number through mass incarcerations of black communities. The felony disenfranchisement laws across the country are vestiges of their abolished counterparts barring suffrage on the grounds of race and class.

At the time of Gov. Crist’s speech and still today, those with convictions must not only apply individually to the Office of Executive Clemency, but wait to apply until seven years after they have completed their sentence, probation and/or parole. Due to this being one of the most punitive disenfranchisement policies in the country, Gov. Crist’s speech was a plea to streamline the approval process for people with convictions for nonviolent felony offenses. The reform was passed.

Only four years later, the reform was overturned by Gov. Rick Scott.

Since Virginia has just lifted its ban on ex-offenders this year, Florida is now one of only three states, including Kentucky and Iowa, that continue to enforce the lifetime voting ban. Thanks to Rick Scott, current floridians with past felony convictions are automatically indefinitely unable to vote.

Patterson and the three other students who participated in the petitioning at the Sandcastle Festival were all members of Million Hoodies’ West Florida Chapter (MHWF). Million Hoodies is a human rights membership organization whose goal is to end anti-black racism and systemic violence.

Their Communications Director, third-year Angelo Acebedo spoke to the Catalyst about the benefits of the amendment in preventing laws like this to continue to exist.

Acebedo is referencing the laws that continues to keep African Americans and other people of color in a loop of structural violence.

“When you think of how walking while black is a crime, or how minor drug possessions are a crime, these are intersections that are easy to miss and this amendment keeps that in mind,” Patterson said.

Twenty-five percent of African American individuals can not vote because of the disproportionate rates at which they are jailed in the state of Florida. According to National Association for the Advancement of Colored People (NAACP), “though African Americans and Hispanics make up approximately 32 percent of the U.S. population, they comprised 56 percent of all incarcerated people in 2015.”

This amendment is a step forward for more than just those trying to get their lives back on track. Racism is promoted and propagated by prejudices against people of color that permeate the justice system through laws such as this one.

“People get stuck with battery just because they got in a fight, or they considered stealing because they were an accomplice because of their friend,” second-year Rain Kwan, retainment co-chair of MHWF, said.

Because of things such as selective enforcement and broken windows policing, people of color are more likely to get in more trouble for a crime than people that are white doing the same crime.

“They are who would know the most about police brutality,” Kwan said.

Signing the petition does not automatically cast one’s vote for the amendment. It is only a petition to simply have the proposed amendment on the ballot in the 2018 general election. If Floridians for a Fair Democracy collect over 750,000 signatures, it will go on the ballot and has the potential to be amended to the Florida Constitution.

Scribbled in the notes of Gov. Crist’s speech that day back in 2007 was a very important sentence: “We should not confuse punishment with revenge.”

Information for this article was gathered from procon.org, floridamemory.com, http://www.naacp.org.