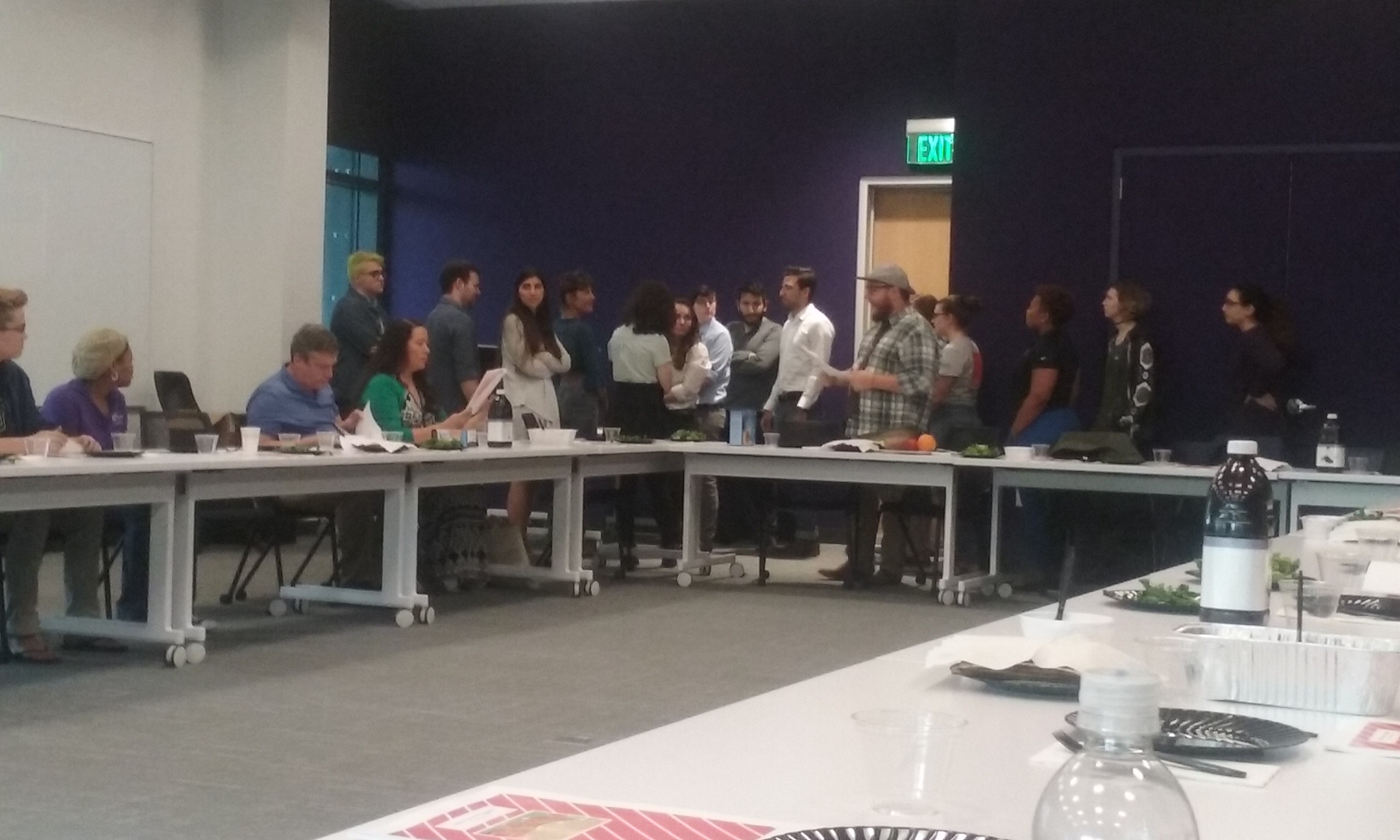 Matzah may have been the food of the week, but Passover celebrations at New College were anything but flat. Last week included such festivities as two Seder dinners and a midweek Hillel Matzah Bar event where students had the opportunity to try different types of matzah. Even Metz joined in by serving kosher food for Passover for the first time.

The holiday and events throughout the week provided New College students Jewish students both an opportunity to gather together and commemorate the Jewish exodus from Egypt while also sharing a crucial part of their heritage with both Jewish and non-Jewish friends.

On Monday, students attended a Passover Seder at Ringling with new Director of Diversity and Inclusion Autumn Harrell, who drove students to the dinner so everyone interested would be able to attend.

On Tuesday, one of two Jewish community clubs on campus, Chaverim, hosted a second night Seder to provide student another opportunity to take part in the ritual dinner of Passover.

“Personally I wouldn’t feel right not celebrating such an important holiday and it also wouldn’t feel right only doing so by attending a Seder and not hosting one myself, since to me preparing for the Seder is as much a part of the celebration as the Seder itself,” Chaverim co-president and second-year Chelsea Miller said. “A good few people showed up and a few were at a Seder for the first time and one of them found the afikomen and I gave her a dollar for it and she was so excited.”

On Wednesday, this reporter hosted a Matzah Bar event for Hillel in Z-Kitchen, where students were able to sample many different types of Passover snacks, including pizza matzah and chocolate-covered matzah. First-year Eshel Rosen also assisted in planning the event and cleaning up afterwards.

“Helping throw the matzah bar event was fulfilling because it allowed me to discover interesting new ways to keep kosher on Passover,” Rosen said. “I was able to see both Jewish people and not Jewish people discover the joy of matzah pizza for the first time, one of my favorite dishes of Passover.”

Throughout the week, Metz also served kosher for Passover food for the first time during both lunch and dinner. Options included garlic chicken, cod and even steak. In addition, Boar’s Head offered matzah for celebrating students who chose to order sandwiches.

The holiday itself recalls the story of how Egyptian Prince Moses led his fellow Jewish people out of slavery under the Egyptian Pharaoh with the help and guidance of G-d. Celebrating Jews eat unleavened matzah instead of bread to remember the experiences of their ancestors, specifically how they had no time to properly bake their bread when fleeing from the pursuit of the Pharaoh and his army. As a result, they subsisted off of matzah during their escape and subsequent journey.

The holiday lasted eight days from Monday, April 10, until Tuesday, April 18. Anyone interested in celebrating any of the Jewish holidays in the future with either Chaverim or Hillel, can email Chelsea Miller at chelsea.miller15@ncf.edu or any of the other Chaverim leadership, or Dylan Pryor at dylan.pryor13@ncf.edu and Elly Bovarnick at elly.bovarnick.14@ncf.edu for Hillel. Chag sameach (happy holidays!)

*The reporter who wrote this article is an active participant in Hillel and the primary host of the Matzah Bar event described above.