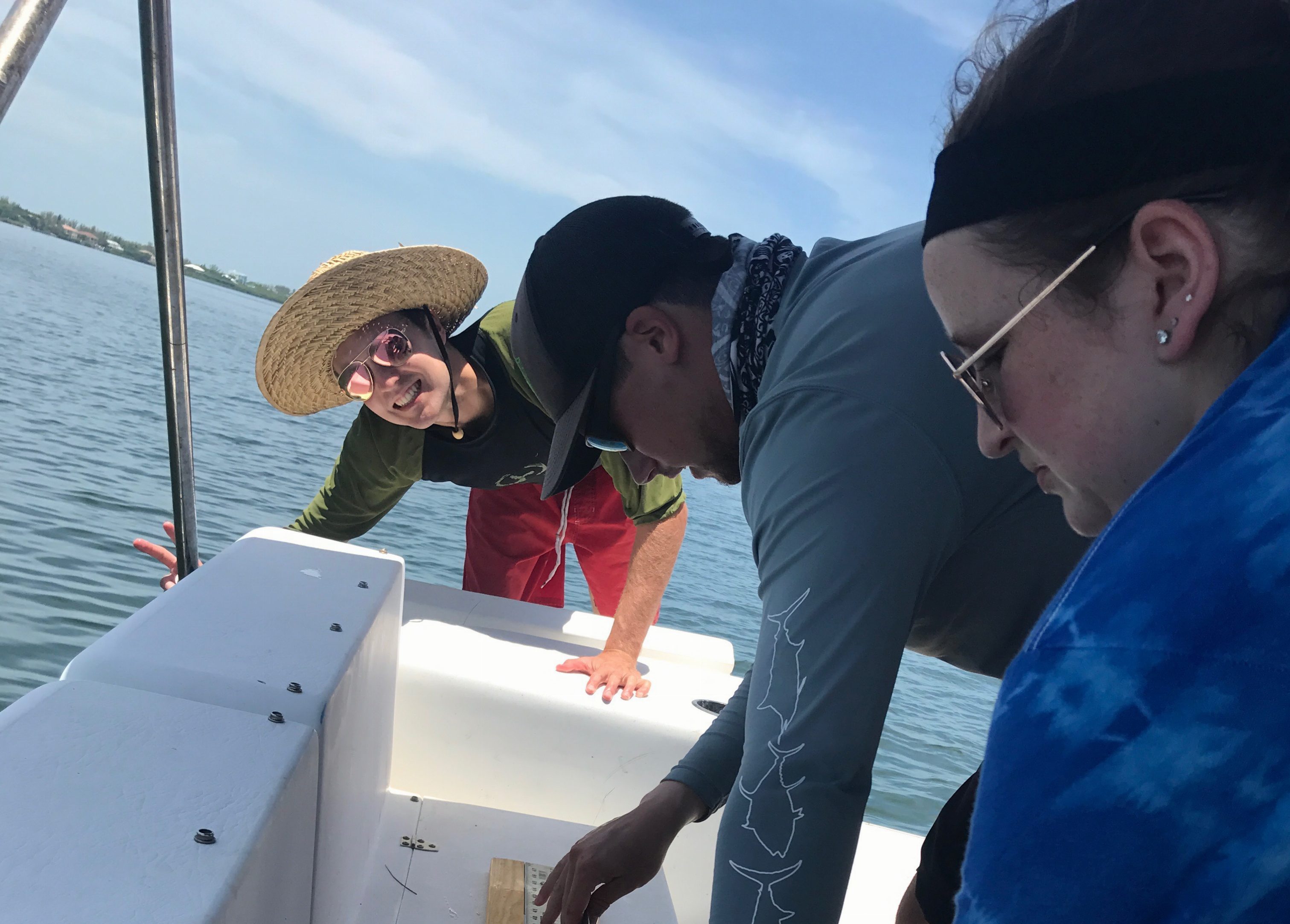 After decades of plummeting shark populations around the world–with some species having declined by 50 percent in the last 15 years and others by around 80 percent–shark nursery areas have been on the rise thanks to federal and local efforts, especially in the SouthEast United States. These are areas where substantial data has been collected to prove that it is where specific species thrive. Thesis student, Lukas Heath, is focusing his thesis on learning more about the condition of the Sarasota bay by partnering with the National Oceanic and Atmospheric Administration (NOAA) to see if we have a shark nursery area in our backyard.

“It’s really important to protect their nursery areas, which is what we hope to do is get Sarasota bay classified as a nursery area,” Heath said. “It will take a while, but I guess we’re on our way.”

On Sept. 27 and 29, Heath, his advisor and thesis sponsor Assistant Professor of Biology Dr. Jayne Gardiner and a few eager students set out for some potential data by shark tagging. There’s a quick surgery done on the boat to implant the tag into the body cavity. The team uses acoustic tags that emit a signal every couple of minutes, which are then detected by an underwater acoustic receiver (listening station). Thanks to a joint grant made with Mote Marine Laboratory and Aquarium, these stations have been created throughout the nearby region.

They also use bright yellow, conventional dart tags with NOAA’s phone number and an individual tag number on it. This is so that when someone recaptures the shark, they can call the phone number and report the tag number that they encountered, specify where they caught the animal and how big it was. 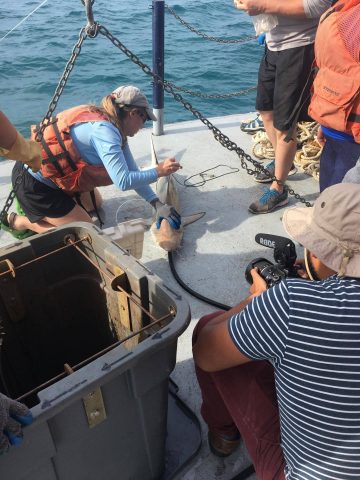 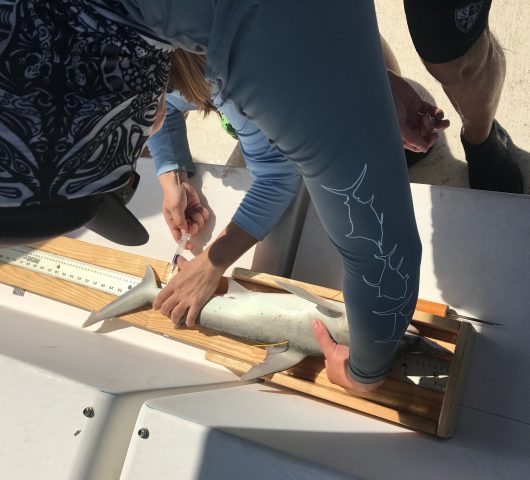 “I think it would be strange if Sarasota Bay wasn’t a nursery area for young sharks. Many of the relatively shallow and semi-enclosed bays along our coastline are important nursery habitats. Terra Ceia Bay to the north of us and Charlotte Harbor to the south of us are known to be important nursery areas for the blacktip shark, for example,” Dr. Gardiner said via an e-mail interview.

In order for a specific habitat to be officially confirmed as a shark nursery area, three criteria must be met. First, sharks are more commonly encountered in the area than other areas. Secondly, sharks have a tendency to remain or return for extended periods. Lastly, the area or habitat is repeatedly used across years.

Luckily for Heath and New College at large, alum, Kevin Jensen (‘13), began the research process of discovering more about our Bay to see if the criteria could be met. Jensen focused on calculating the abundances of shark in the waters to meet the first requirement and found that there are actually a considerable newborn blacktip shark population, similar to those other nursery areas close by.

Now, with that research data being passed on, Heath is honing in on the second criteria, finding out whether the sharks stay for long periods of time–typically a few weeks or months–or not. Since Heath has set out on his mission last May, he’s been shark tagging twice a month all summer and will finally conclude taking data this upcoming October.

“Now that it’s the school year again I’m looking for students who might want to volunteer and get some experience,” Heath said. “We hope to keep this project going, so then somebody next year for their thesis could look for something different.”

Sharks are generally slow growing and take a long time to actually reach sexual maturity. Since they are slow to reproduce, this makes them easily subject to overexploitation and that’s why there have been major declines in the populations of many species in recent decades.

“All the data is going to GULFSPAN and it will be kept by them,” Heath said.

The Gulf of Mexico Shark Pupping and Nursery (GULFSPAN) is a survey made for the identification of essential habitats of marine species that started up back in 1994. Only time will tell of the future for the shark populations by Sarasota. Hopefully, future thesis projects unite to accomplish the overall goal of securing the area.