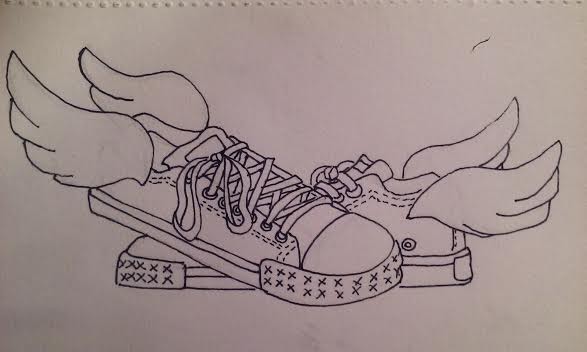 "It's satisfying knowing that you're working toward a goal that’s outside of academics, and you have teammates that are going to celebrate with you at the end,” said first-year transfer and triathlon tutorial participant Kevin Wilborn.

Between classes, extracurriculars, jobs, family and friends, college students have little time to spare throughout the week. Consequently, personal wellness easily slips to the bottom of the daily to-do list—especially at New College, where coursework comes in droves and studying creeps into the deep depths of the night. However, a key component of any healthy lifestyle is a focus on wellness, particularly through regular exercise. The American Intercontinental University outlined five simple reasons why exercise is beneficial to students. According to the article, exercise stimulates brain development, improves memory retention, increases focus, boosts mood and relieves stress.

A group of Novocollegians have begun a new initiative on campus in an attempt to both improve personal wellness and provide students an accessible option to incorporate exercise into their routine.

First-year student Carolyn Beer went to an intense high school where participation in three sports for multiple hours each day was required. When she graduated, Beer wanted to keep up with her physical wellness, so she trained for a marathon.

“I’m interested in training and learning how to train, and I spent a lot of time researching articles or trying different things by myself,” Beer said. “I was thinking about how much time and energy that I spend on that and how it can be educational.”

After deciding on a triathlon, Beer first approached Director of Writing and triathlete Jennifer Wells to see if she would sponsor a tutorial. Wells believes she must have mentioned her interest in triathlons during class.

“I use training for activities that I’m not gifted at as a metaphor for training to write,” Wells said.

Wells directed Beer to Dean of Studies Robert Zamsky, who has a long history in sports, particularly with triathlons. Also a soccer player, Zamsky began triathlons when he moved to Florida and was approached by parents at his daughter’s swim practice.

“Part of my perception before I did it was ‘Well, I’m not going to like this because I bet it’s going to be a bunch of really obnoxious, type A, hyper-competitive people that I’m not going to really want to hang out with,’” Zamsky said. “But in fact, it’s not.”

Zamsky agreed to sponsor the tutorial, which currently has six students who are all signed up for a sprint triathlon on April 7 called “Escape From Fort DeSoto.”

“[Zamsky’s] giving us a lot of advice, connecting us with people in the community who are coaches, just kind of helping us have a good finish as a New College team,” said Kay Saffe, a thesis student and triathlon tutorial member.

Meeting once a week, triathlon tutorial participants keep a weekly journal, are assigned readings relating to health and nutrition, and develop a personal training plan.

“There is this well of desire or interest in something that is semi-organized like this. At its base, I wanted to provide students with this opportunity,” Zamsky said. “Ideally as a student you’re developing as a whole person, and I want the College to sort of foster that development.”

Wells said that the triathlon tutorial is an example of what makes New College great. “It makes sense to have it as a tutorial because yes – they have a goal – but they also can get into the details of the sport,” she explained. “Whatever someone’s AOC is, you can really look at triathlon through that lens.”

What is a triathlon?

The word “triathlon” was derived from the Greek words for “three” and “sport,” making it a pretty self-describing term. An Olympic sport since 2000, triathlons consist of three high-endurance sports. While many variations exist, the most common combines swimming, running and cycling. Triathlons are often labeled either “sprint” or “Olympic,” with distances increasing for the latter option.

Interest in triathlons appears to be growing over the years. According to USA Triathlon’s 2014 report, the program has seen triathlon involvement steadily increase over the past two decades. The Sports & Fitness Industry Association advertised a 58 percent spike in triathlon participation between 2008 and 2011, hitting almost 2,000,000 participants.

A community of support

“It’s satisfying knowing that you’re working toward a goal that’s outside of academics, and you have teammates that are going to celebrate with you at the end,” said first-year transfer and triathlon tutorial participant Kevin Wilborn.

A reoccurring point mentioned from the triathletes in the tutorial and sponsors was that training is time consuming.

“Training is a lot because it’s a daily commitment,” Saffe said. “You have to be dedicated to it.”

However, Zamsky is linking students to resources in the Sarasota area, such as coaches, clinics and local sports gear shops, to provide new opportunities for training and funding. Rider Bikes is funding race day jerseys and may be offering discounts soon.

The point of triathlons isn’t competition. “If you don’t want to race against other people, you can race against yourself,” Wilborn said. “You can test your boundaries—your own physical limits without really being in danger of getting hurt.”

Zamsky agrees, seeing the sport as an opportunity for camaraderie between a variety of people from a variety of backgrounds aiming to challenge themselves. “It’s a very interesting way to allow yourself to interact with people who come from different perspectives and have this common denominator,” he said.

Between race registrations and gear, training can get expensive. However, Wells mentioned that there is no need to sign up for an organized event. When one of her triathlons was cancelled due to storm, Wells set up a race with her friends, complete with fake metals. Similar grassroots events can be organized on campus.

Why do it all?

“In school, it’s harder to set those objective goals,” Zamsky said. “You can get in this habit of setting and achieving small goals along the way.”

There is also an easy parallel between academics and exercise for wellness.

“I was super down because it’s my last semester here, and I wanted to explore tutorials that weren’t academic,” Saffe said.

Saffe saw the triathlon as an outlet while thesising. As for Wilborn, the tutorial gave him an excuse to start working out again.

“I don’t really care about the credit too much. I’m more interested in doing it in a way that makes me responsible for the workout,” Wilborn said.

Zamsky emphasized that sports are microcosms. “They teach you lessons,” he said. “It’s this whole cliché, but it’s a cliché for a reason because it’s such an obvious truth.

“Your natural inclination is to spend time on the one [activity] you like the most. But, if you really want to improve, what you should do is spend the most time on the one you like the least,” Zamsky said. “You need to attack your weakness. I think that is a constant lesson.”

Wells wishes that more students realized the difference between sports and exercising for wellness.

“The amount of anxiety I see in students here, the amount of isolation I hear from particularly first-years who don’t leave their rooms or don’t know where to go, mental health issues – exercise can mitigate all of that,” Wells said. “All of these things that New College students struggle with – I think wellness focused exercise as opposed to sport-focused exercise can help a lot.”

Wilborn said the point of the tutorial is to garner interest for the forthcoming club.

“My real hope is that [triathlon tutorial] has a successful semester and, if students wanted it to continue, for it to take hold and for it function next year as a student-led club,” Zamsky said.