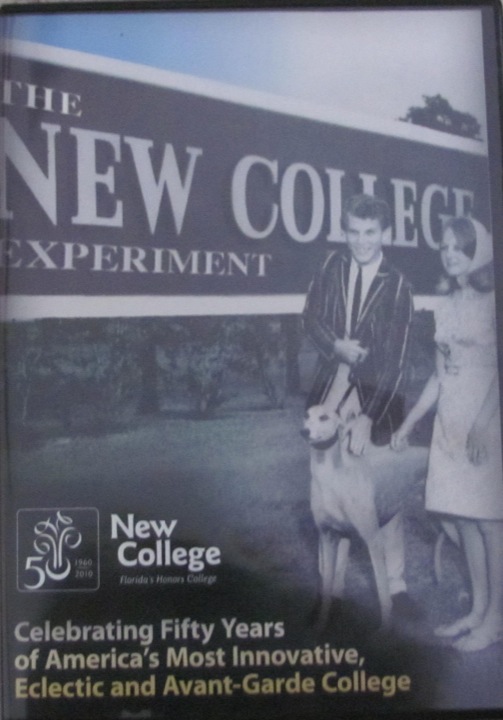 all photos courtesy of Puneet Sandhu/Catalyst

The cover of the documentary for sale describes New College as “America’s most innovative, eclectic and avante-garde college.”

For New College, it has been a tumultuous and exciting 50 years since its opening in 1960. To capture its history, alum and filmmaker Josh Tickell (‘03) premiered The New College Experiment, a documentary he directed, on Sat., Feb. 12 as part of the 50th Anniversary weekend.

The premiere was held in the Sudakoff Conference Center, which was packed with students, alums, professors and administrators. Through images, video footage and interviews, the film provided a cohesive history of New College since its inception. The college’s opening was depicted as revolutionary, a complete break from the norm that was criticized by many and defended by few. Descriptions of the ongoing financial problems were counterbalanced with lighthearted black-and-white photographs of students throughout the college’s history. Personal accounts gave a sense of New College’s place in the community, such as Vietnam War-era images of students burning their war draft registration cards and one student arriving to register for the draft in a coffin.

After catching the audience up on the history of the college, the documentary explained how New College works, with comments on the contract system, narrative evaluations and senior thesis projects. Then came interviews with current students, with collective laughs following the recitals of students’ complicated thesis titles.

“The people who spoke really captured the essence [of New College] in the way they were speaking and the things that they chose to talk about,” thesis student Allison Dotts said. “Though it was still a historical documentary, the selection of video clips, old ones and new ones, captured the bunch of wacky people that we are.” 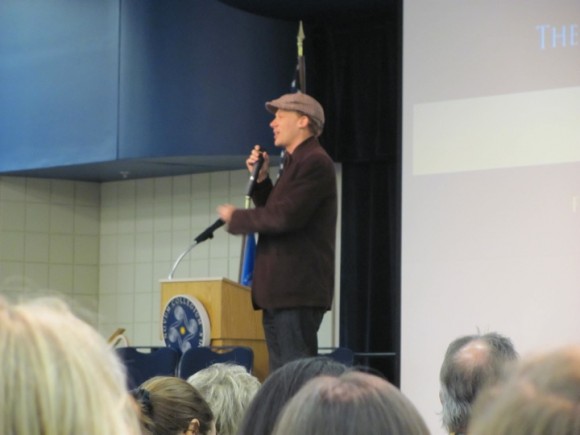 Before the premier, Tickell thanked the those who participated in the documentary as well as alums and faculty who inspired him.

Some of the more recent photographs in the film come from the 2010 graduation weekend, showing the college’s spunk.

“The images were maybe a little censored and it probably needed to be censored,” alum Bobby Lavelle (‘81) said. “There were much crazier things that could have been shown but it captured the spirit of the place and didn’t get too invasive.”

Tickell echoed many alums in saying that he would have liked if he could have made the documentary longer. He said that from the laughter and tears in the room during and after the premier, he feels as though the film accomplished what he hoped it would.

“The true test of the film will be in time,” Tickell said. “If it helps spread the conversation of ‘what is New College?’ if it gives other colleges something to strive for, if it gives this college a clear history and it motivates people to continue to take risks, then it has done what it should do.”

After the premiere, a DVD of the documentary was available for sale for $10. According to Tickell, the film will eventually be available online and will soon be aired on television. Tickell said it will also go on to film festivals.