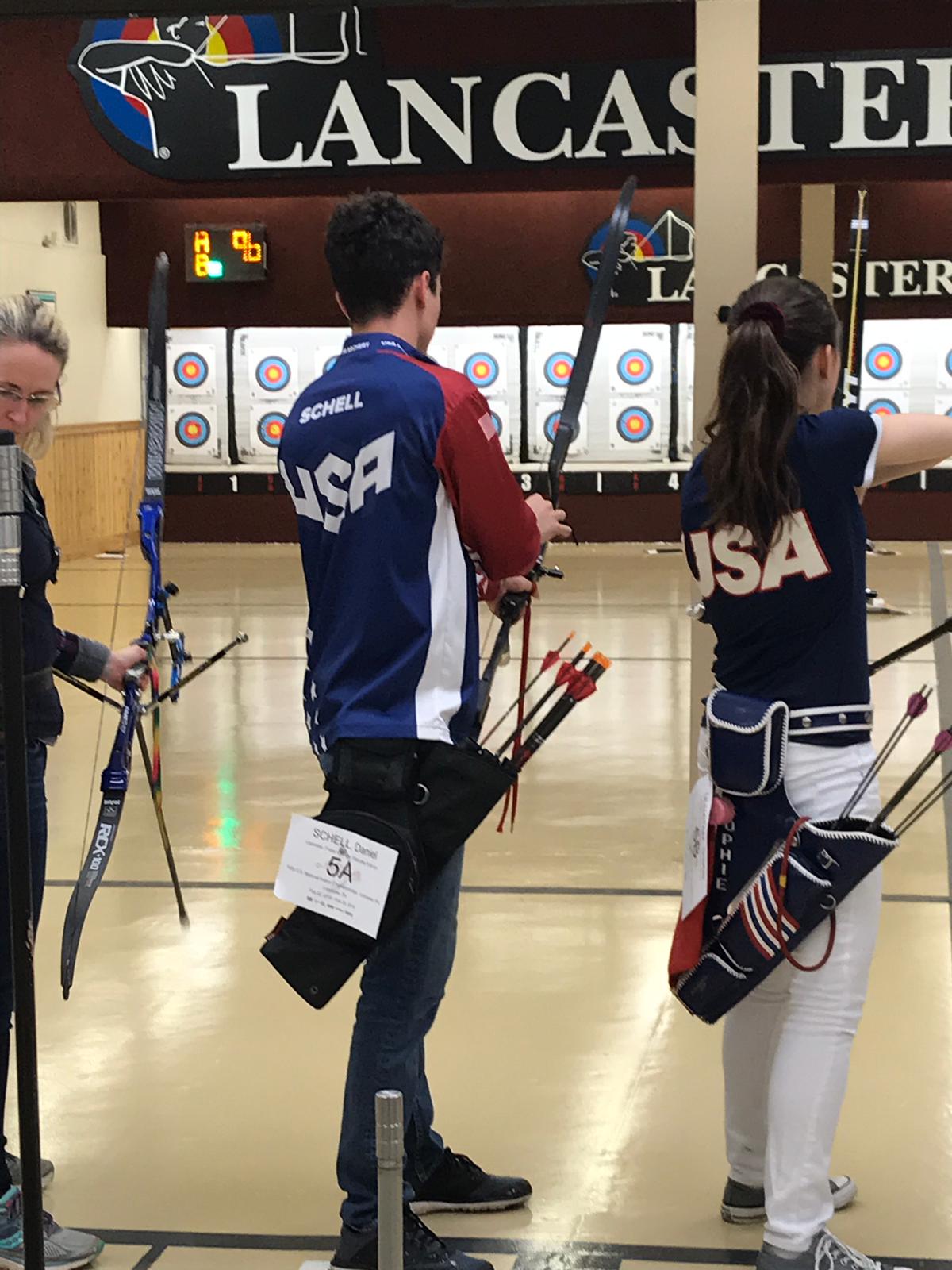 All photos courtesy of Danienl Schell.

On Feb. 23, first-year Daniel Schell returned from the Indoor Nationals in Pennsylvania as a gold medalist. Schell is part of the United States Archery Team (USAT), the top ranked archers in recurve, compound and barebow styles.

“Archery is like a wild, untamed, nebulous knowledge that I don’t think anyone can quantify,” Schell said. He finds the mystery of archery to be his motivation to continue the sport.

At only 15 years old he qualified for the USAT. Schell travels regularly to different national and international competitions. He has gone to Croatia, the Bahamas and Italy for the World Archery Field Championships.

The Indoor Nationals took place from Dec. 28 to Feb. 22, and hosted competitions throughout the country, including Ohio, Minnesota, Florida, Utah, New Mexico, California, Texas, Michigan, Virginia, Massachusetts, Georgia and Pennsylvania. More than 400 competitors participated in the barebow category. In barebow, archers refrain from using sights, stabilizers, clickers or markings on the bow that help aim.

After the final event in Lancaster, Pennsylvania, from Feb. 22 to Feb. 24, all of the scores were added to a ranking list. The archers were divided into different categories depending on their age. Schell ranked first in the junior men barebow category.

In the barebow competition, the target is a 40 centimeter face where competitors can score one to 10 points depending on the location of each arrow. The distance of the shot is 18 meters. All archers shoot 120 arrows in four rounds for a perfect possible score of 1,200 points. Schell took first place with a score of 988. The next archer placed second with a score of 968 points.

According to Schell, he was nervous about the indoor tournament since he usually shoots better at outdoor and field competitions.

“It’s an endurance race essentially,” Schell said. “Target panic comes into play, and usually I don’t do too well under pressure.”

Schell attributes his recent success to his determination for winning and his physical and mental preparation. He states that he’s never been in better physical shape.

Schell has a strict daily routine, waking up at 6:30 a.m. and going to bed at 10 p.m every day. Waking up fresh and shooting first thing in the morning is a crucial part of his training schedule.

“I find the more I stick to a routine, the easier it is to follow that routine,” Schell said. “When it becomes hard is when I fall out of that routine and I do it halfway.”

To stay motivated to continue his training, Schell says he tries to visualize the two possible outcomes of his actions: “‘If you don’t do this, what will happen?’” he asks himself.

He explains the thought process behind this visualization technique: “I have to realize where this will take me and realize that that’s not a place I want to go,” Schell said. “Then, I have to envision a positive future I do want. To get there I have to have this stepping stone, even if I don’t want to.”

Schell is interested in bringing archery to campus. He is trying to get targets on campus, and is excited to teach anyone interested in the sport.

According to Schell, archery is a sport that requires focus, concentration, flow and letting go of the ego.

“You can want it more than anything, and train two times a day for four hours a day and you still may not get the results,” Schell said. “You have to be connected to the flow.”

Information for this article was gathered from teamusa.org and betweenends.com.